For the first few months, life with a new baby at home is filled with stress and worry. Are they sleeping ok? Have they rolled over too far? Are they still breathing? But there could soon be some relief to all the anxiety as researchers have come up with a clever new trick for smart speakers that allows them to monitor an infant’s sleeping without any hardware upgrades.

The research, conducted at the University of Washington, takes advantage of the hardware already included in every smart speaker: the speaker itself, an array of microphones, and wireless connectivity that allows data to be processed in the cloud.

BreathJunior, the software-based skill the team developed, starts by filling a room with white noise, which is a seemingly random combination of varying frequencies that sounds like a gentle hiss. The white noise helps mask other sounds that could be a disturbance, which helps a baby fall asleep and stay asleep.

But the white noise emanating from a smart speaker eventually bounces back to its built in microphones after reflecting off objects in the room, including the baby. Because the BreathJunior software knows the random patterns of the white noise it’s initially creating, it can cancel out everything but the added randomness that’s introduced as the sounds bounce off an infant. By intelligently processing the difference, the software is able to discern the movements of the child as it rolls around in bed. 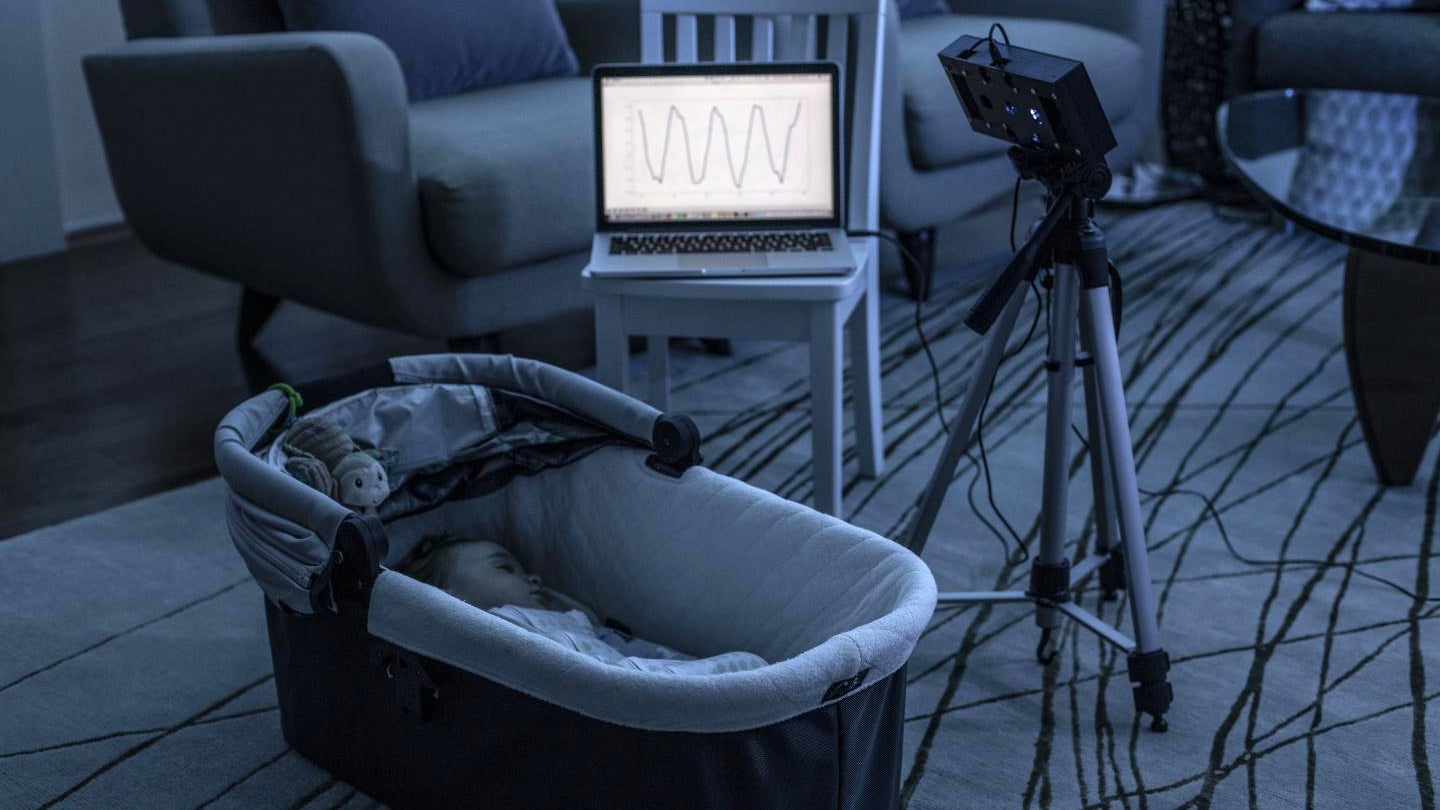 Detecting the incredibly subtle motions of an infant breathing was a little more complicated, according to the researchers. The variations created as the white noise reflects off a baby’s moving chest are incredibly weak and hard to detect, they found, but by taking advantage of the multiple microphones included in larger smart speakers, the researchers were able to intelligently pinpoint where exactly in a room an infant was sleeping, and then focus its signal processing on reflected sounds coming from that specific direction, which yielded better results and accuracy.

In tests conducted in a hospital’s neonatal intensive care unit, the researchers were able to compare the results from the BreathJunior smart speaker skill to professional grade respiratory monitors, and they found that not only could it detect breathing rates ranging from 20 to 65 breaths per minute, it was also able to recognise abnormal breathing patterns like apnea.

The new skill, which, at least in theory, could be installed and run on smart speakers like the Amazon Echo or the Google Home, could give new parents some extra peace of mind, and save them from having to spend hundreds of dollars on other baby monitoring tech when they already have all the equipment they need when they check the weather each morning.