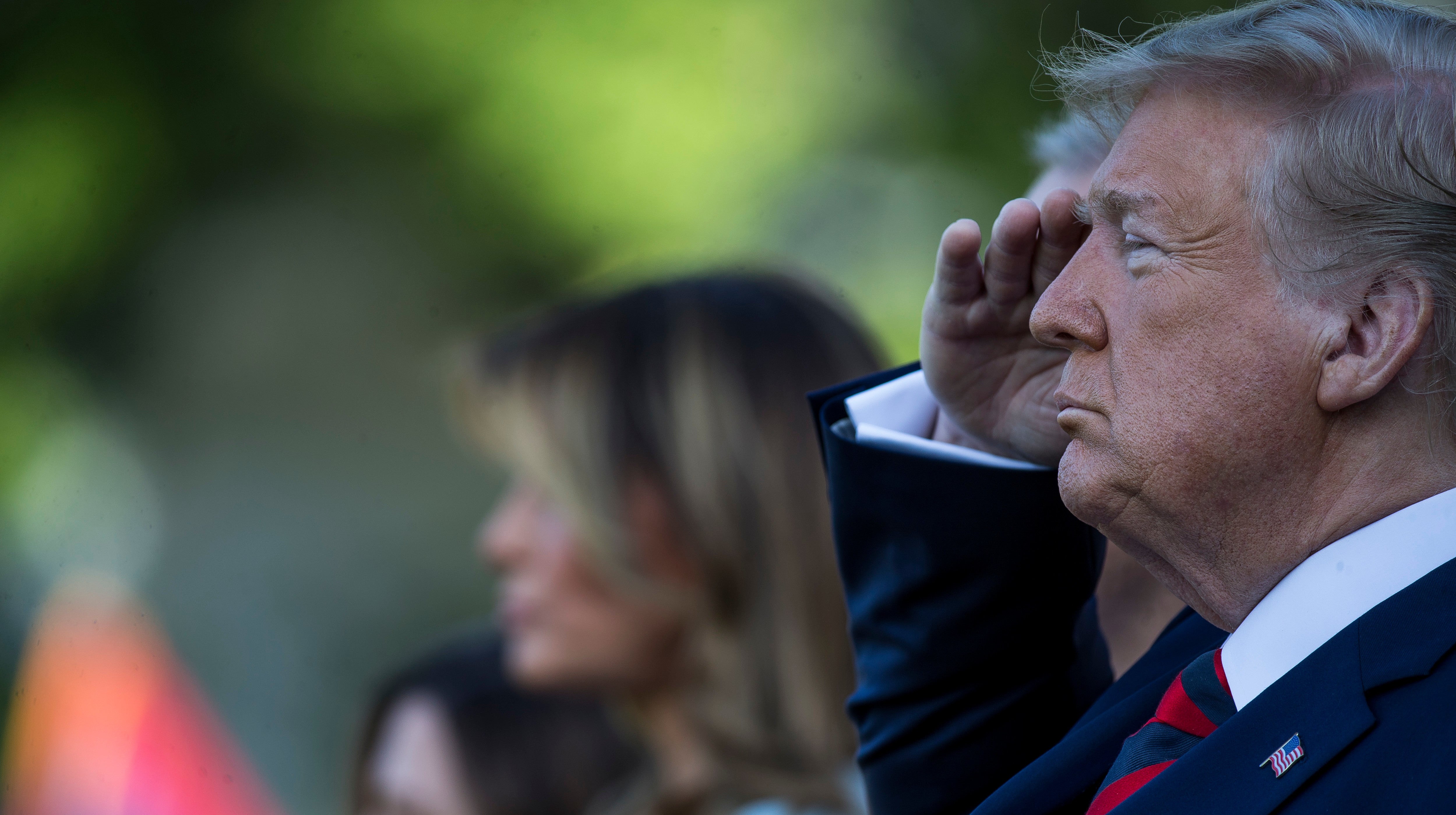 In an explosive whistleblower complaint made public on Thursday, senior White House officials are accused of attempting to conceal records Donald Trump’s conversation with his Ukrainian counterpart — the content of which has prompted impeachment proceedings in the U.S. House of Representatives — by placing the records in a computer system reserved for some of the nation’s mostly highly guarded secrets.

The complaint, released in redacted form by the Democratic-controlled U.S. House Intelligence Committee, cites allegations by multiple unnamed White House officials that a transcript of Trump’s call with Ukrainian President Volodymyr Zelensky was placed into a standalone computer system under the National Security Council’s management. The system, the complaint says, is used to house “codeword-level intelligence information, such as covert action.” 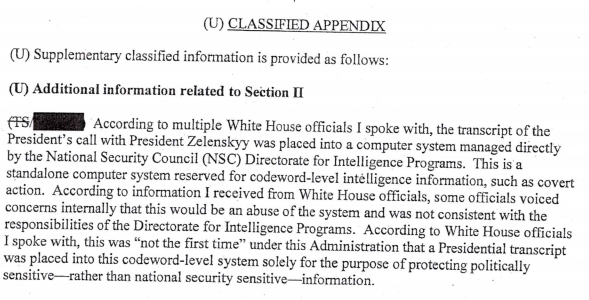 Code-word information refers to the nation’s most highly classified intelligence. It is often described as “beyond top secret,” being further protected by extreme need-to-know protocols that compartmentalise access to a select group of individuals.

To ensure their absolute loyalty, individuals with access to code-word information are typically required to have held high-level security clearances for several years and, further, undergo some of the intelligence community’s most extreme vetting.

If the White House, as alleged, sought to limit access to the Zelensky-call transcript to officials with this level of clearance, it would indicate extraordinary concern over the contents ever going public. It may also be considered an abuse of the system for political means given the nature of the call itself, in which Trump apparently tried to solicit a favour from Zelensky — asking Ukraine to open an investigation into Trump’s domestic political rival, former Vice President Joe Biden, and his son, Hunter Biden. 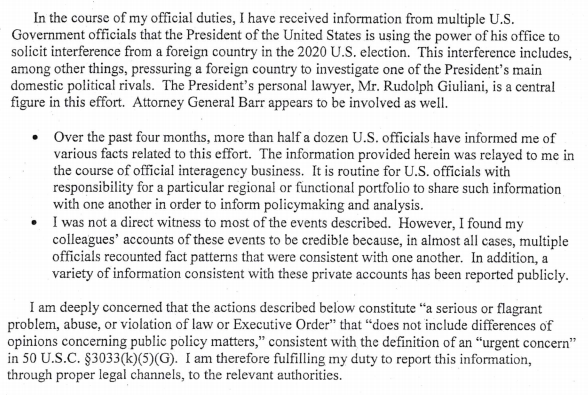 “According to information I received from White House officials, some officials voiced concerns internally that this would be an abuse of the system and was not consistent with the responsibility of the [NSC] Directorate for Intelligence Programs,” the whistleblower, an anonymous career intelligence official, wrote in their complaint.

The complaint goes on to say that White House officials indicated this was not “the first time” during the Trump administration that a presidential transcript had been into the code-word system “solely for the purpose of protecting politically sensitive — rather than national security sensitive — information.”

The acting director of national intelligence, Joseph Maguire, said that he had “no firsthand knowledge” of any potential misuse of the computer system when pressed on Thursday by a member of the U.S. House Intelligence Committee. “All I have is the knowledge that the whistleblower alleges in his allegation, the whistleblower complaint,” he said. “I don’t know whether, in fact, that is true or not.”

The whistleblower also states that they believe Trump’s actions — pressuring a foreign power to investigate his political rival — pose risks to national security and undermine the U.S. government’s efforts “to deter and counter foreign interference in U.S. elections.”