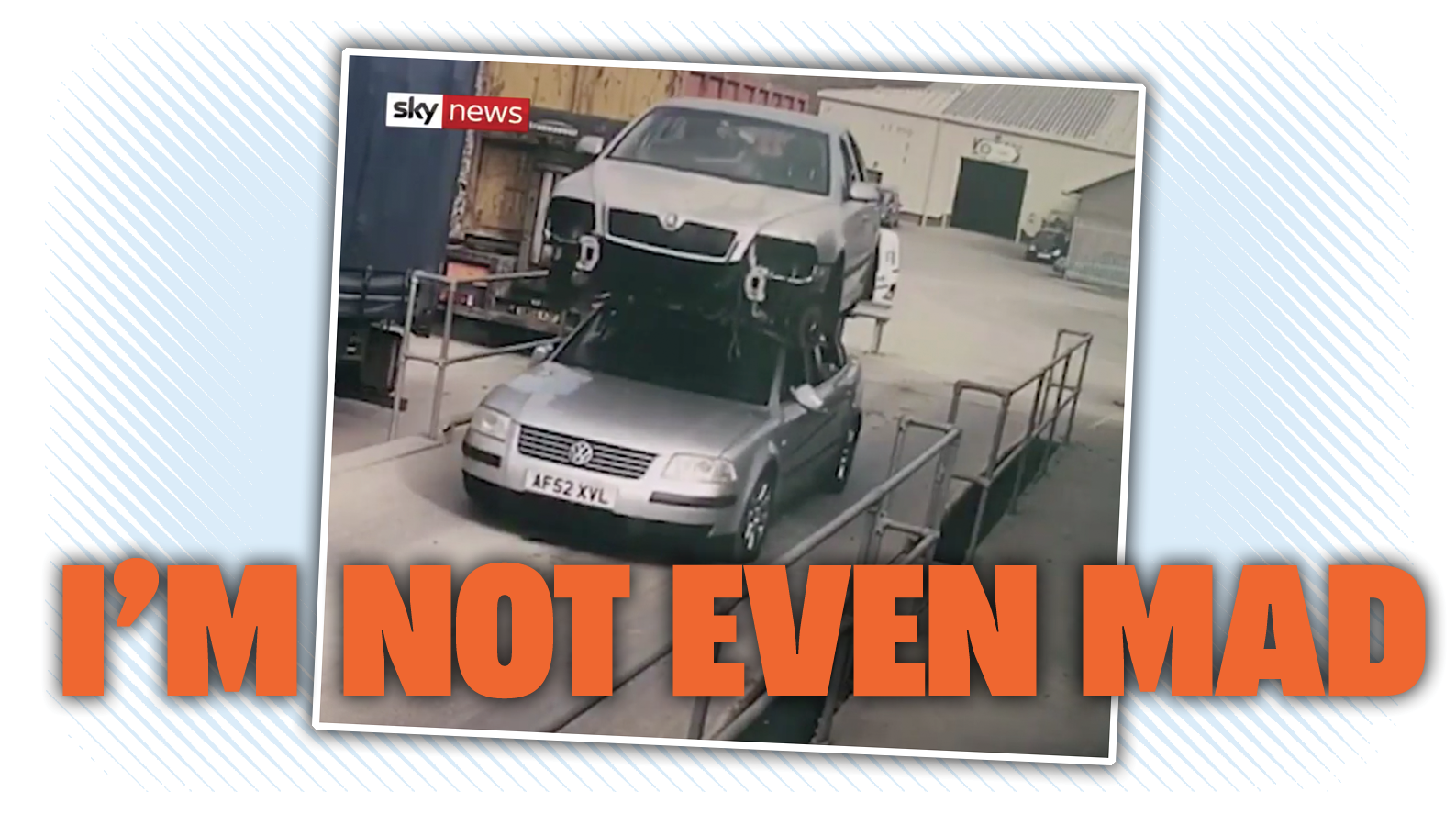 I realise that what this guy did is a bad idea, and he potentially endangered other drivers, and I think he deserved the £195 (£80 fine, plus surcharge of £30 and £85 in costs of some sort) fine he received. But that doesn’t change the fact that I’m pretty impressed he managed to haul an entire car body to a scrapyard on the roof of what appears to be a totally stock mid-2000s Volkswagen Passat.


This all happened in the unpronounceable-looking Welsh area of Aberystwyth, where 51-year-old Glyndwr Wyn Richards decided he didn’t need to pay for some stupid tow truck or rent some dumb-arse trailer, not when he had a perfectly good Passat with an equally good roof.

This wasn’t even the wagon version of the Passat, which had a roof rack; this was just the regular sedan, and even after watching the video I’m still sort of confused as to exactly how he secured that car (I think it was a Skoda?) to the roof.

I think maybe with ropes or cords looped through the roof-car’s suspension bits and secured through the Passat’s windows? I’m guessing the guy likely has an old futon or some other padding between the junked car and his Passat’s roof?

That roof car looks to still have seats and an undercarriage and an awful lot of stuff in there. Even if the whole drivetrain has been yanked, that’s got to be at least 1200 or so pounds of car on that roof.

That’s about ten times what I think the sticker on the roof rack of my old Passat wagon said it was rated for.

What the hell was that like to drive? It must have felt so top-heavy and crazy. Did it feel like it was going to slide off every time the guy stopped?

I have to hand it to this guy, though. He walks out of that car without a care in the world, when I feel like I’d get out and walk all around that mess, marveling that it, somehow, all worked.

I hope the scrapyard paid you well for that car, my Welshman. You earned it.