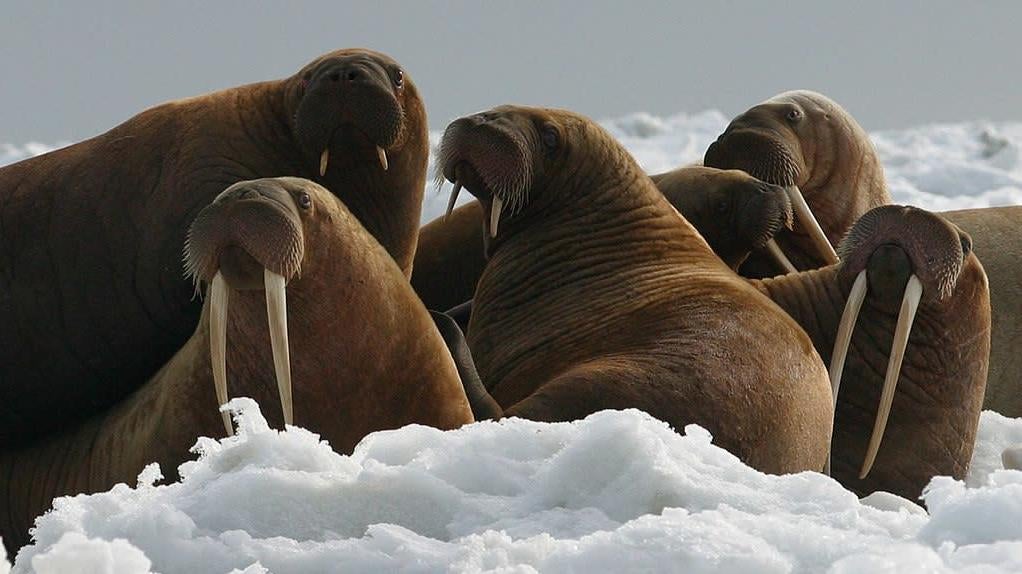 A walrus attacked and sunk a Russian naval boat with scientists and media on board last week, according to a Russian Geographical Society press release.

All of the group’s participants were safely brought to shore, and no walruses were harmed.

The vessel was carrying researchers to Franz Josef Land, a Russian archipelago far above the Arctic Circle whose only human residents are military personnel. The trip stopped by various locales previously visited by 19th-century Arctic explorers, and its participants studied the glaciers as well as the plants and animals present on the islands.

Smaller boats brought participants between a main vessel and the islands. It was one of these crafts that a mother walrus reportedly attacked and sank, perhaps because she felt her cubs were being threatened.

Walruses are large, tusked marine mammals in the same pinniped clade as seals and sea lions. They inhabit icy Arctic waters and can weigh over a ton.

Walrus attacks on humans and their vessels aren’t uncommon, according to Lori Quakenbush, a biologist from the Alaska Department of Fish and Game’s Arctic Marine Mammal Program (who was not on the Russian vessel). “We have to be careful during research not to get surrounded by ice and walruses without an escape route. Calves are curious and will approach a boat, which makes the mother aggressive to defend the calf,” Quakenbush told Gizmodo in an email. “Groups of young males can also be aggressive and dangerous to small boats.”

Quakenbush explained that walrus hunters have encountered walruses puncturing skin boats with their tusks or even flipping over aluminium boats.

In short, if you ever find yourself confronted by walruses, you better have an escape plan.