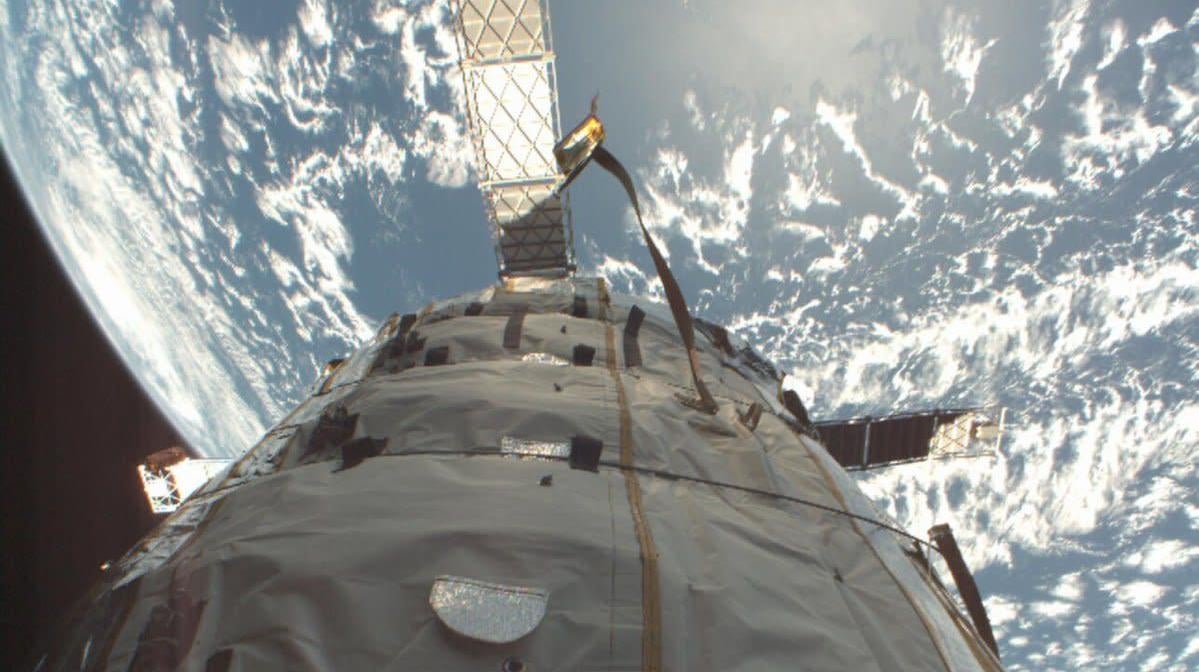 Earlier today, the private American firm Bigelow Aerospace was notified by the U.S. Air Force that its Genesis II spacecraft has a slim chance of smashing into a dead Russian spy satellite.

“Today, we were notified by the US Air Force that there is a 5.6% chance that Genesis II will collide with dead Russian satellite Cosmos 1300 in 15 hours,” says the tweet. “Although this is a relatively low probability, it brings to light that low Earth orbit is becoming increasingly more littered.”

Bigelow Aerospace posted its tweet at 3:11am AEST on Wednesday. The collision, should it happen, would occur Thursday, around 6:05pm AEST, according to the company.

Today, we were notified by the US Air Force that there is a 5.6% chance that Genesis II will collide with dead Russian satellite Cosmos 1300 in 15 hours. Although this is a relatively low probability, it brings to light that low Earth orbit is becoming increasingly more littered. pic.twitter.com/l6McbDgRNo

“Future habitable space stations will face this reality and danger,” continued Bigelow in a subsequent tweet. “This proliferation, if not controlled in number, could become very dangerous to human life in low Earth orbit.”

Genesis II is an experimental habitat that went into space in 2007. It was effectively retired in 2011 following the failure of its manoeuvring system, which actually lasted two years longer than it was supposed to, a Bigelow spokeswoman told Gizmodo by phone today. Genesis II remains in orbit but is no longer collecting data.

According to the Bigelow spokeswoman, the U.S. Air Force told the company today that the odds of the potential collision, at 5.6 per cent, are sufficiently low and that collisions are only considered dangerous or potentially significant at 10 per cent and above.

The spokeswoman said this was the first time the firm has been warned by the U.S. Air Force of a potential collision involving one of its spacecraft. Genesis II is one of two Bigelow spacecraft currently in orbit, the other being Genesis I.

The defunct Kosmos 1300 surveillance satellite, built and operated by the former Soviet Union, dates back to 1981.

The Genesis II spacecraft is scheduled to de-orbit at some point in the 2020s, so its destruction would be no major loss. The larger concern is that a collision would produce copious amounts of space debris, which would in turn increase the chances of further collisions, in a never-ending cascade of orbital destruction.

The purpose of the Bigelow tweet, in addition to sharing the news, was to proclaim the company’s concerns about the cluttering of low Earth orbit, saidfs the Bigelow spokeswoman. “We’re seeing more satellites in space, and satellite swarms involving potentially thousands of satellites — and with no curtailing of limits and licenses,” she said.

While the concerns expressed by Bigelow are certainly valid, the fact of the matter is that one its own retired spacecraft — which lost its manoeuvring ability — is at risk of smashing into an old, dead satellite from the early 1980s, in an incident that doesn’t involve anything launched after 2007. The Bigelow spokeswoman said that any satellite launched by the company in the future “will have its own propulsive capability,” which should allow the company to actively avoid collisions.

At odds approaching 6 per cent, a collision is unlikely but still uncomfortably possible. In an email to Gizmodo, Jonathan McDowell, an astrophysicist at the Harvard-Smithsonian Centre for Astrophysics and an expert on satellites, said it’s “a much higher probability than usual.”

Earlier this month, for example, the ESA freaked out when the U.S. Air Force advised the agency that its Aeolus satellite had a 1 in 10,000 chance of smashing into one of SpaceX’s Starlink satellites.

The relatively high odds of a collision between Genesis II and Cosmos 1300 may have something to do with the large size of both objects, said McDowell. Potential collisions between satellites “happen often,” he said, but this appears to be a more serious example than usual.