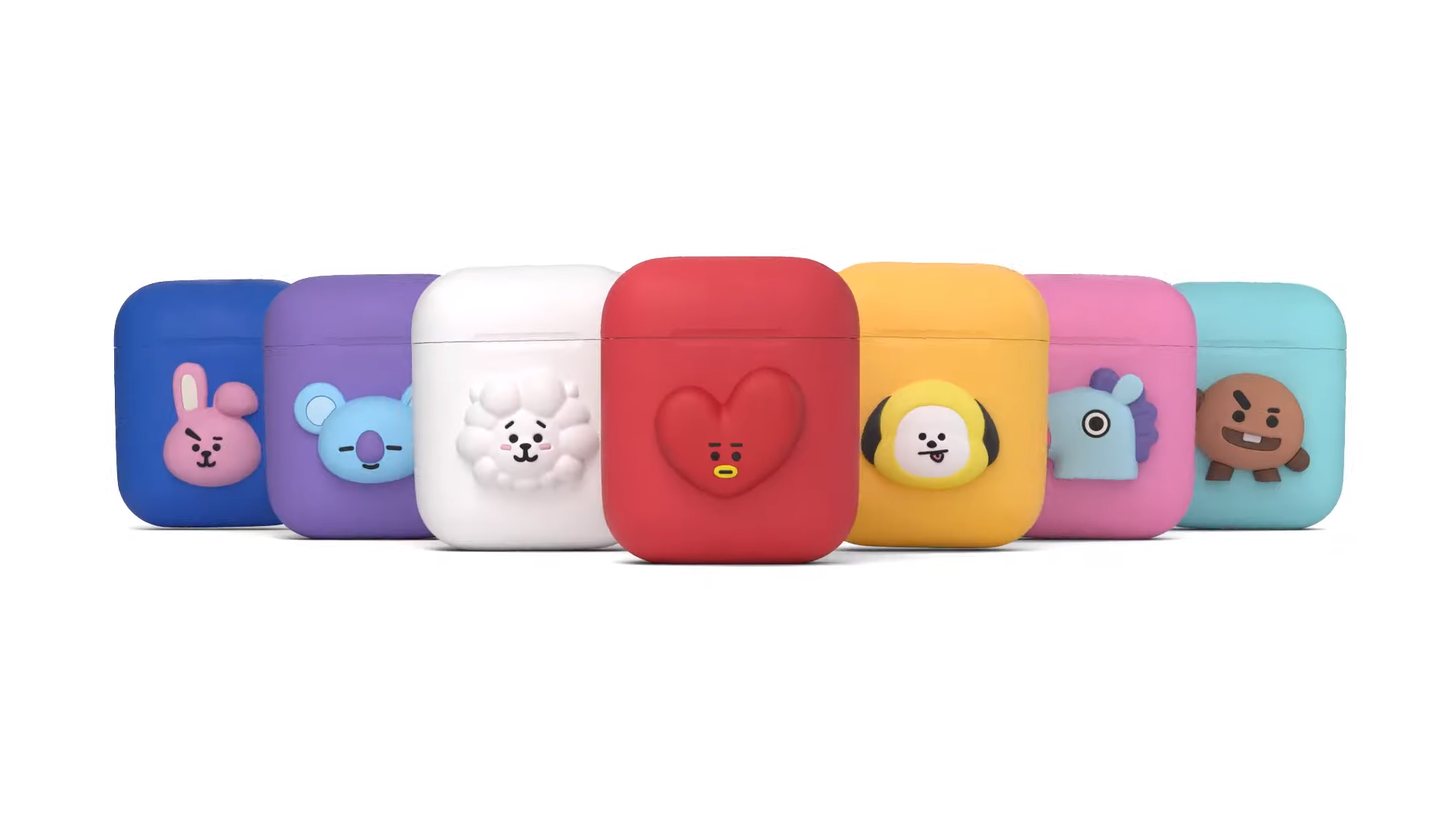 Apple has a new AirPods commercial airing in Korea that highlights the only conceivable reason I can think of why anyone would want a pair: their freaking adorable cases.

Just for some quick context, the last Apple product I can remember owning was a fourth-generation iPod Touch. Not that there’s been anything like brand loyalty or disdain keeping me away, I’ve just never bought into the hype. Or, rather, I’ve never had the necessary funds required to buy into the hype. Especially when other options with similar if not arguably better tech are already on the market.

Though to be fair, Apple’s second-generation of AirPods released earlier this year at least steps up to the plate with competitors in terms of Bluetooth 5 support.

Anyway, I’m nothing if not a whore for cutesy personalisation, and these AirPod cases are my siren’s song. Most of the varieties on the market so far have been from third parties, a few of which the commercial highlights.

Mascots like Kakao Friends and BTS’ little BT21 Line characters make appearances, of course, along with all the silly food and animal iterations you’d expect (though, sadly, that fidget spinner case that went viral doesn’t make a cameo).

Some cases also have keychain holes to hook accessories onto, a concept that, while I know phone charms never truly died off in Asian markets, I’ve secretly mourned the loss of since retiring my flip phone in the early aughts.

Whether this is just Apple’s attempt at a shoutout to all the third-party creators or some kind of sneak peek at what the company plans to eventually offer in its stores is up in the air. Maybe it’s a hint that Apple plans to get in on that cutesy AirPod case market? Who knows.

For now, though, if you’re in the U.S. or Europe and want to house your AirPods in bubble tea, or a Gameboy, or Groot’s noggin, your best bet is still searching online marketplaces like Amazon or Etsy.

That is, if the cuteness factor of storing your earbuds in an avocado outweighs those extra shipping costs.

Personally, I’m this close to buying one that looks like Sailor Moon’s Crystal Star. Then all I would need is some actual AirPods to put in it.