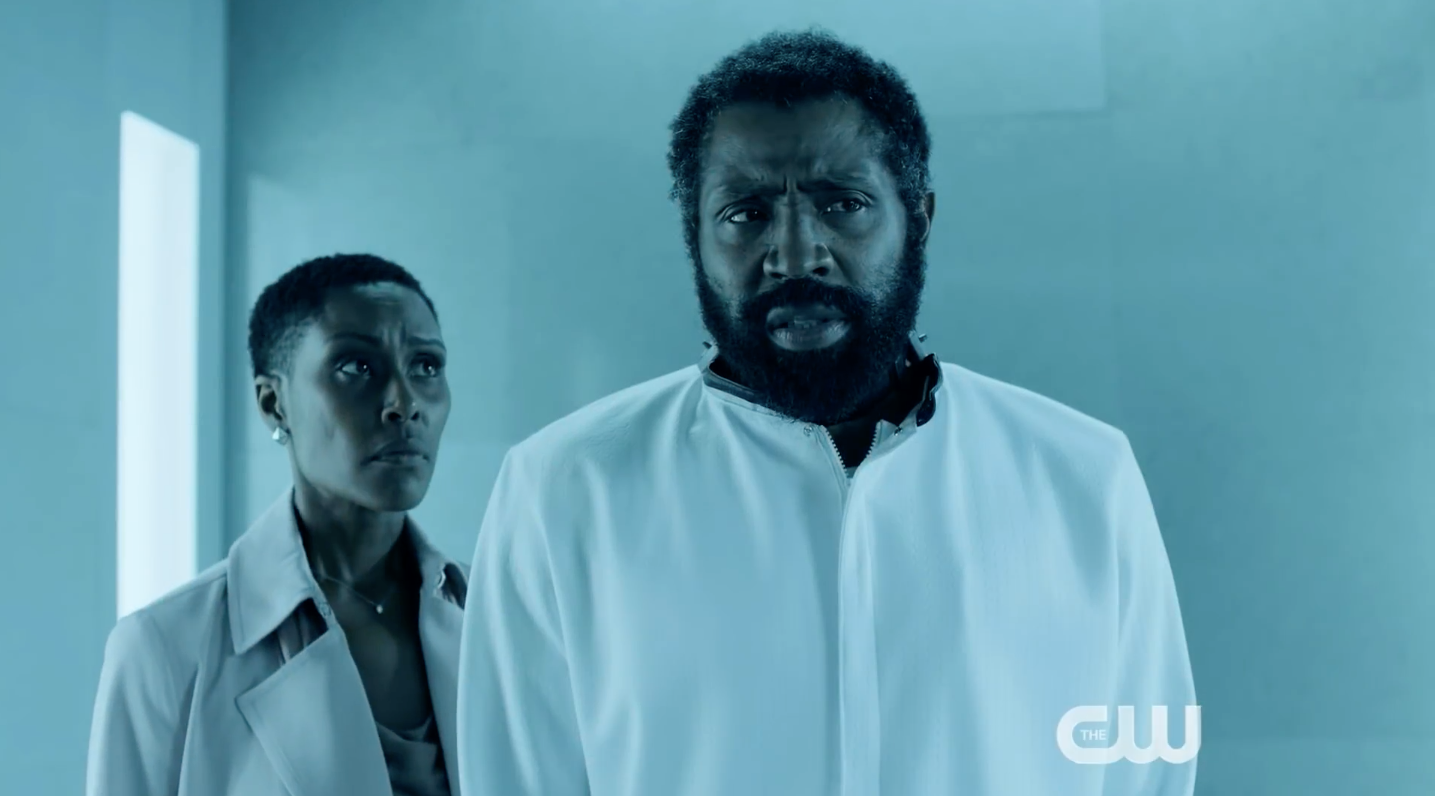 Jefferson Pierce and Lynn Stewart in some sort of strange facility. (Image: The CW)

When Black Lightning returns this spring for its third season, Jefferson Pierce and his increasingly superheroic family are going to be thrust into the centre of a war between the corrupt forces in Freeland who were responsible for creating the town’s population of unstable metahumans, and the government of Markovia, which has designs to take the metas for itself.

In order to keep all of their secret identities from being exposed to the public, Team Black Lightning’s aligned itself with the same villains who once sought to destroy them. While the scale of the team’s problems is definitely going to be larger, the first trailer for the upcoming season suggests that Black Lightning’s still going to take its time to focus on the more grounded obstacles Jefferson, Lynn, Anissa, Jennifer and Gambi are going to face.

What remains to be seen, though, is any indication of how Black Lighting’s going to end up colliding with the rest of the Arrowverse in this year’s Crisis on Infinite Earths event.

Black Lightning’s back on the CW on October 8. The episodes will likely appear on Netflix in Australia, although a release date is yet to be confirmed.