To us, our X-Men! (Screenshot: Disney)

There’s a Flicker of Hope for a Return to X-Men: The...

All Hell Is Breaking Loose in Chicago’s Skies

Conservation technology has come a long way in recent decades. Scientists can now track birds’ migratory patterns via satellite and try to bring species back from the brink of extinction through advanced fertility technology.

But there is still room for more low-tech approaches. Sometimes all you need are small fishing nets and four bottles of nail varnish.

“Above all we needed something harmless to the bats and non-permanent.”

They were the chief tools in a project undertaken recently by a group of Cuban and international scientists trying to get a grip on just how many endangered greater funnel-eared bats remain in their last-known habitat of Cueva la Barca (“boat cave”), a huge, humid underground cave system on Cuba’s second largest island, Isla de la Juventud. 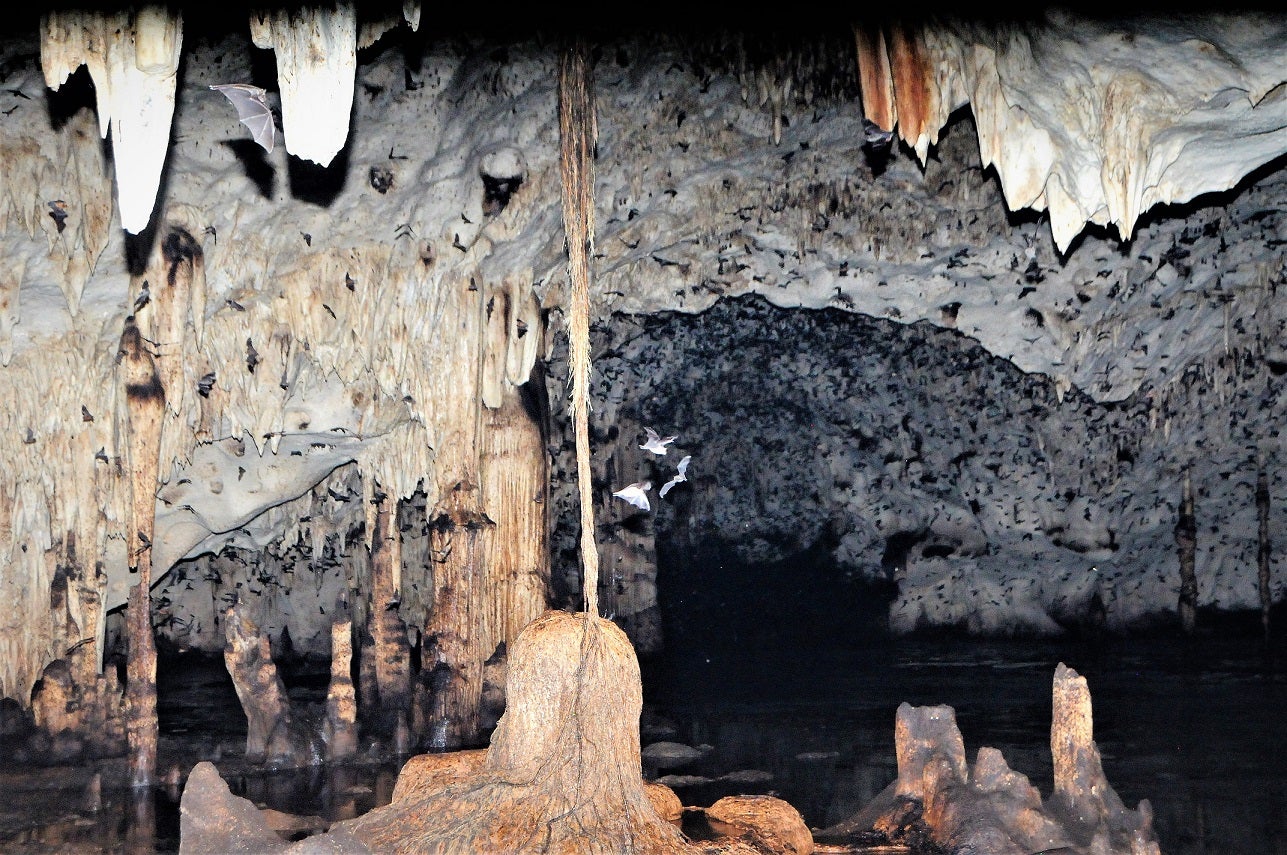 “We are trying to work out the density of the bats and to do that we need to catch them, mark them in some way and then release them,” Jose Manuel De La Cruz Mora, a bat specialist from the Natural History Museum in the town of Pinar del Rio, told Gizmodo.

However due to the fragile status and modest size of the bats, De La Cruz Mora said that more common capture and recapture methods used to count mammals, such as small cuts, necklaces or wing punches, were not an option.

“Above all we needed something harmless to the bats and non-permanent,” he said. 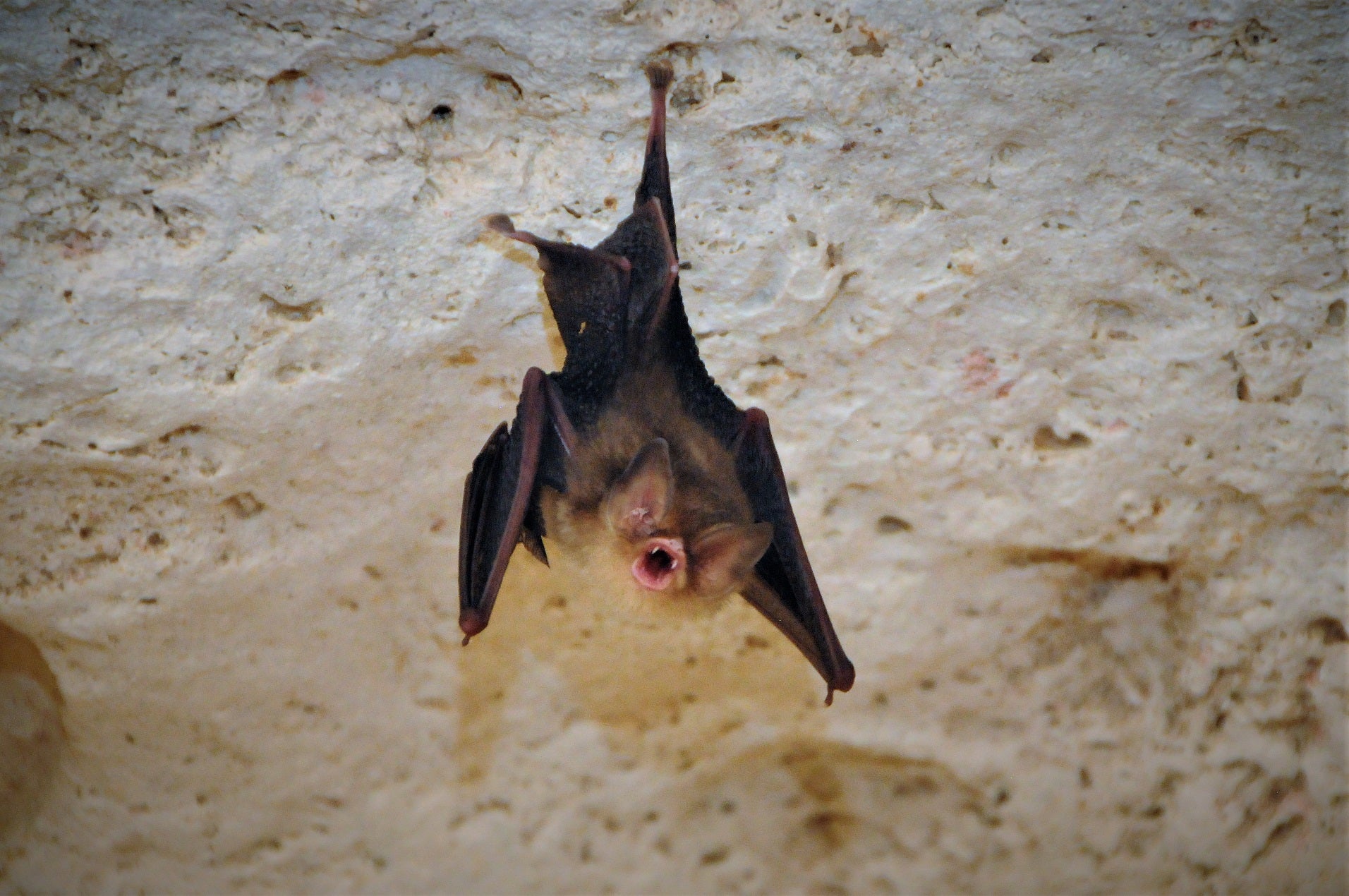 Thus, the idea was born to give each animal its own bespoke manicure. The team used small nets, with threads thinner than a fishing net to capture each bat. Scientists then marked each bats’ claws with a unique combination of four different colours of non-permanent varnish.

The unique nail job meant they were able to identify animals they had already captured, allowing them to get an idea of the density of bats in the cave. The whole process took around 20 minutes per bat according to De La Mora.

The Cuban greater funnel-eared bat, or Natilus primus, is often referred to as the bat that came back from the dead. Long thought to be extinct, two scientists stumbled upon the animal in the remote, forested Cueva la Barca in 1992.

The adjoining national park on the island’s western peninsula was extended, and the focus since has been to protect the cave and the bats. The environment Natalid species of bat thrive in — hot and dark basically — means studying them and monitoring them is no easy job. If you’re claustrophobic, have issues with creepy crawlies or the dark and generally wilt in extreme heat, then Cueva de la Barca is basically your worst nightmare. 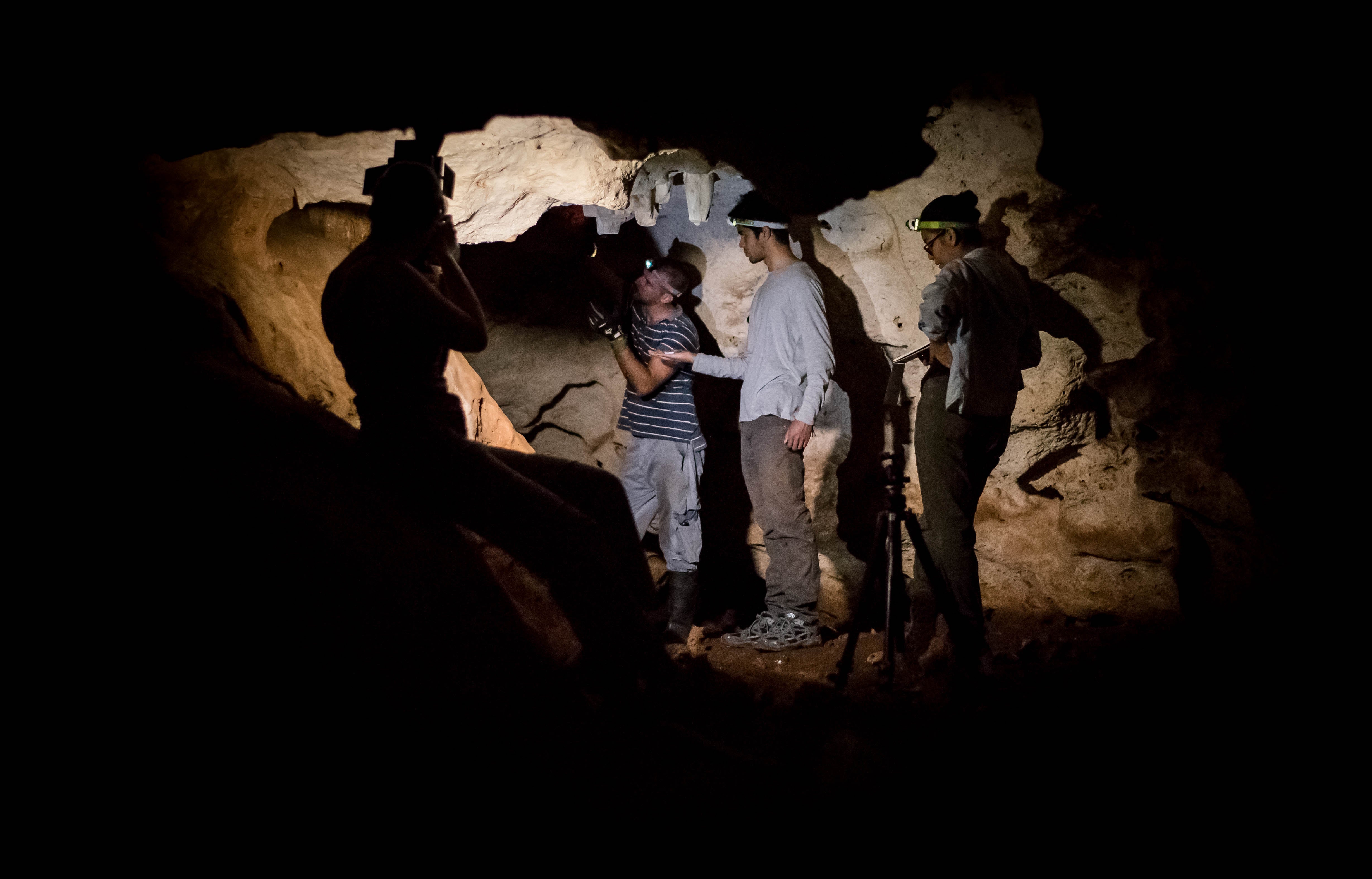 “In total we had eight sessions in the cave,” De La Cruz Mora says. “But we can only be in there a maximum one hour as we have no idea what impact humans can have on these bats. I would say the maximum bats we capture in one session is seven.”

Reasons for a relatively low catch rate are numerous. For one thing the caves are home to 13 different bat species. And a host more other animals including snakes, centipedes, tarantulas, and giant crabs call the caves home, adding a degree of fear factor. Light is minimal and the temperature hovers around 40 degrees Celsius. Moving around also requires basic caution as the forest floor surrounding the cave is covered in jagged ancient dog tooth coral.

But despite the long sweaty hours over the two-week expedition, there are reasons for the researchers to be optimistic. From the capture and recapture process, the team have estimated that the maximum density for the population Natilus primus in the cave is less than 750 bats. That means they now have a tangible idea of how large and viable the colony could be, helping plan for conservation efforts.

De La Cruz Mora spoke to Gizmodo on the phone from the offices of the Zoological Society of London (ZSL). As a Fondation Segré ZSL fellow, he receives funding to study and promote the greater funnel-eared bat which is classified as an EDGE (Evolutionary Distinct and Globally Endangered Species) by the institution. 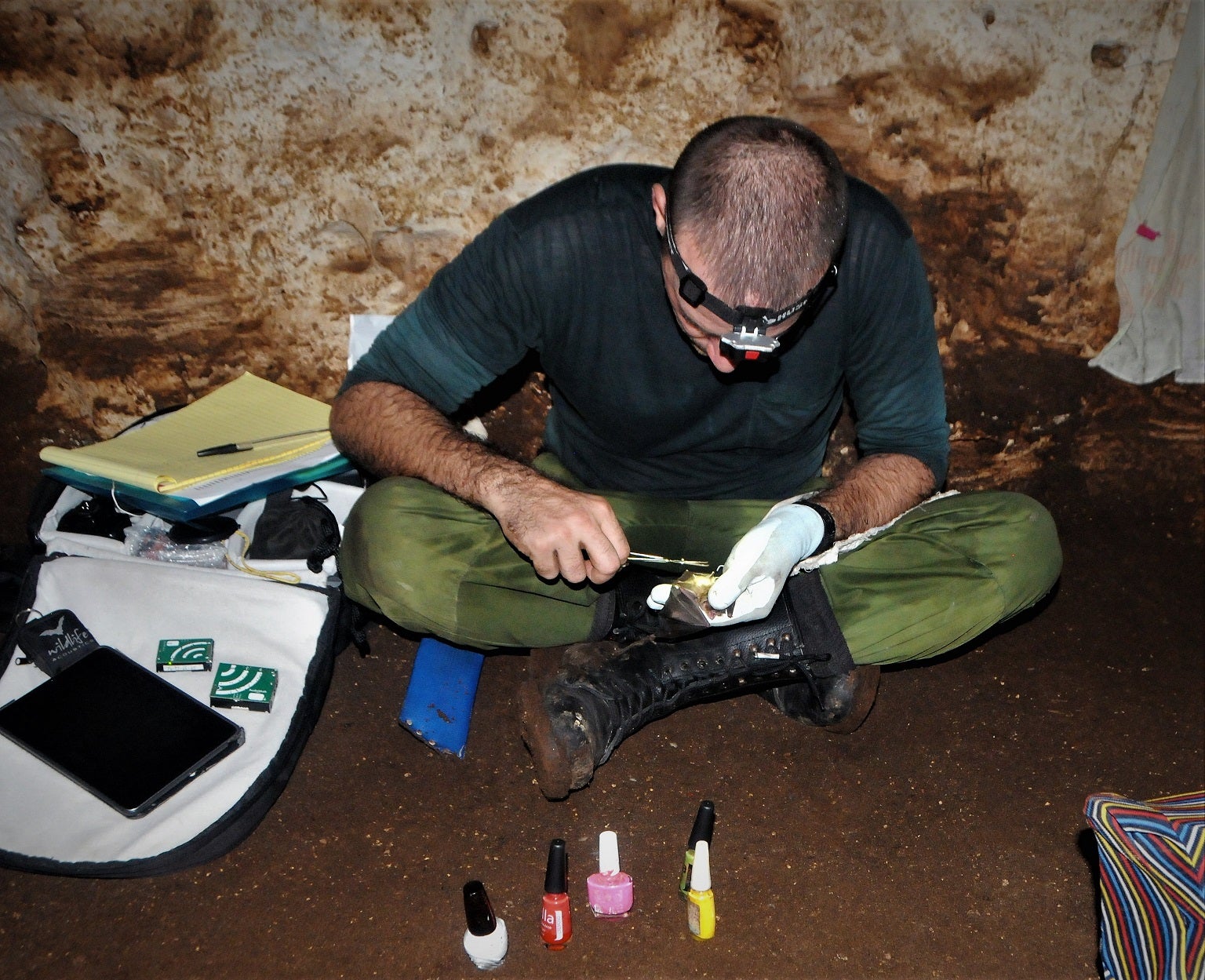 Cuba’s communist government has a long tradition of helping to conserve its environment and unique (and often unheralded) biodiversity. But the foreign funding has been a help because the country’s sanctions have put a drag on the economy stymied for years, leading to illegal logging, deforestation and habitat destruction.

Cueva La Barca itself lies a mere 250 meters within the Guanahacabibes National Park boundary and logging companies operate nearby. With the unknowns of how rising temperatures due to climate change could impact such a unique ecosystem and the species that needs it to survive, the focus must now be on protecting the colony in the cave rather than trying to reintroduce or increase population numbers of the bat elsewhere.

“I think the focus must now be to use this new information to firstly change the IUCN status of Natilus primus from vulnerable to get it more protection,” De La Cruz Mora said. 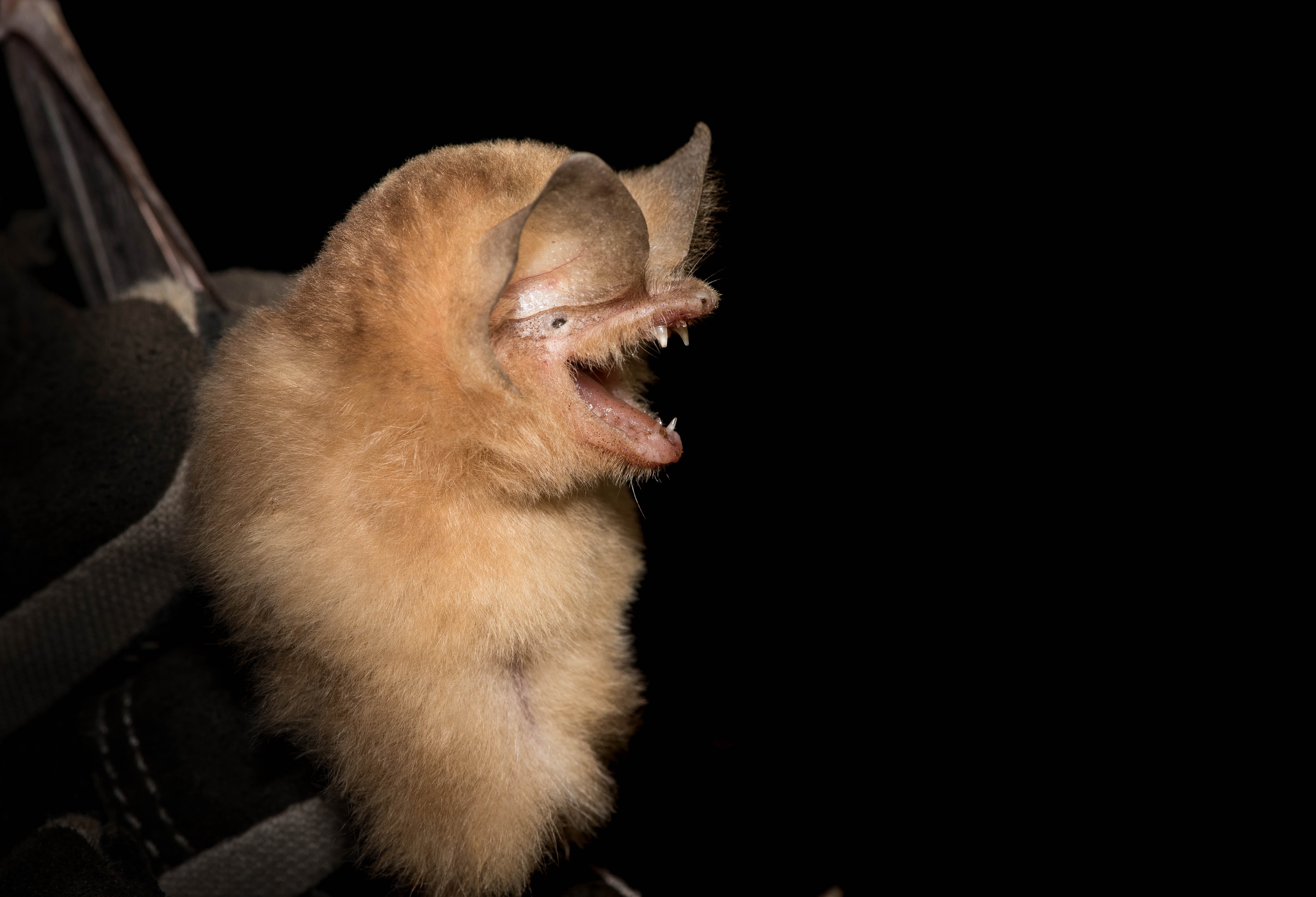 The bats, as with all Natalid species, evolved distinctly from other bat species and represent millions of years of evolution. According to archaeological records they were once found far more widely in the Caribbean. The fact they are now almost fenced in to one last cave in the remote western forests of Cuba is a biodiversity calamity and decline that is sadly not unique in the world.

However, scientists know they are there and now they know (roughly) how many. And some have even had their nails done.