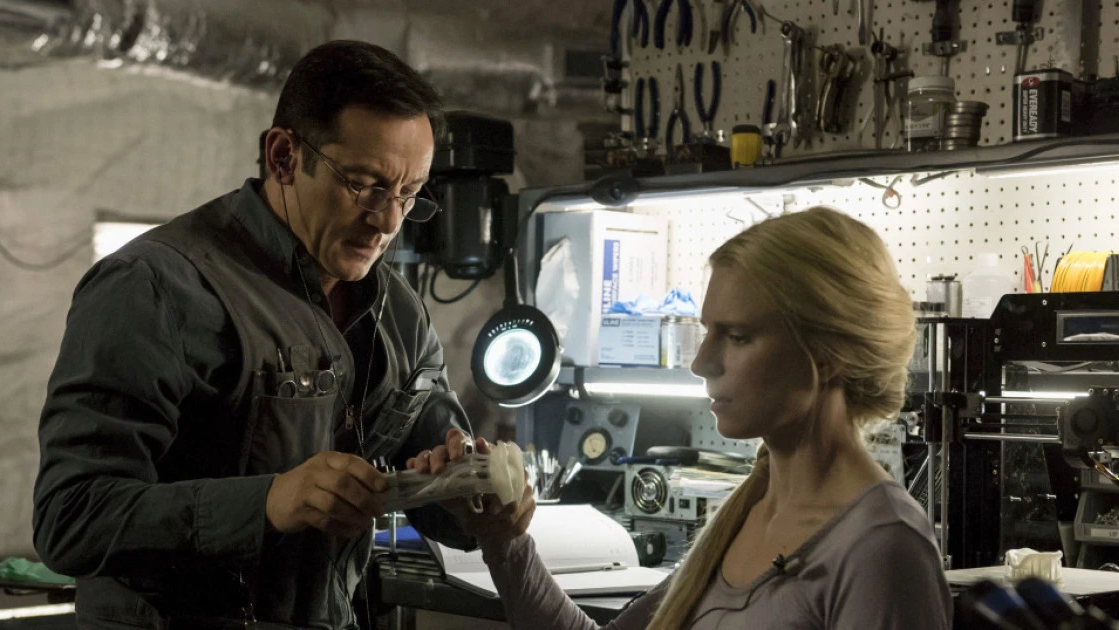 Brit Marling and Jason Isaacs in The OA. (Image: Netflix)

Jason Isaacs loved being on The OA, and he’s heartbroken about its loss.

In a new interview with Collider, Isaacs talks about what the show could have been, and what he was most excited for in the show that is now not to be.

“Yeah, they mapped out all five seasons, when they pitched it, originally,” he explained. “They wrote the whole first season on spec, and it took two years to write it. I think that’s why the show had such a clearly unique voice. It was Zal [Batmanglij] and Brit [Marling], with nobody’s interference. You know that old saying, “A camel is a horse made by a committee.” It’s so much their voice. It resonated so much with their humanity, their authenticity, their beauty, and their desire for human connection. That’s why it’s touched so many people, so profoundly.”

He continued, saying, “When they told me the end of Season 2, I went, ‘Wait, guys, are you actually sure? That sounds nuts to me. What can you possibly do afterwards?’ So, they sat me down and told me, and 15 minutes later, my jaw was hanging open. I just couldn’t wait to get started making it. And now, it looks like we won’t be making it. I’m sad, not just for the fans, but for me, because I was at the front of the line. I’m such a huge fan of the show. I’m dying to see the rest of the seasons because I know they happened in their heads, and I so enjoyed and was moved by the first two.”

“My head was spinning, with what the hell was going to happen, how I was going to do it, and what it was. And then, of course, it’s not myself. It’s Hap inside of some version of Jason Isaacs, in a universe that they were going to create, so there was all kinds of fantastic potential there for that. And it’s a world in which Jason Isaacs is married to Brit Marling, by the way, which many people thought was true. They just were so smart at playing with those expectations, and coming up with things that were both interesting and clever, but also moving and human. And they changed the goalposts, all the time. Season 2 was so different from Season 1, and Season 3 was going to be very different from Season 2, as well. I feel sorry for everyone, and mostly sorry for me, that we won’t get to watch it,” he said.

I’m sad, too, Jason. It’s good to know, at least, that if anyone ever finds a way to revive The OA, Marling and her co-writer Zal Batmanglij know exactly where the show would be going next.