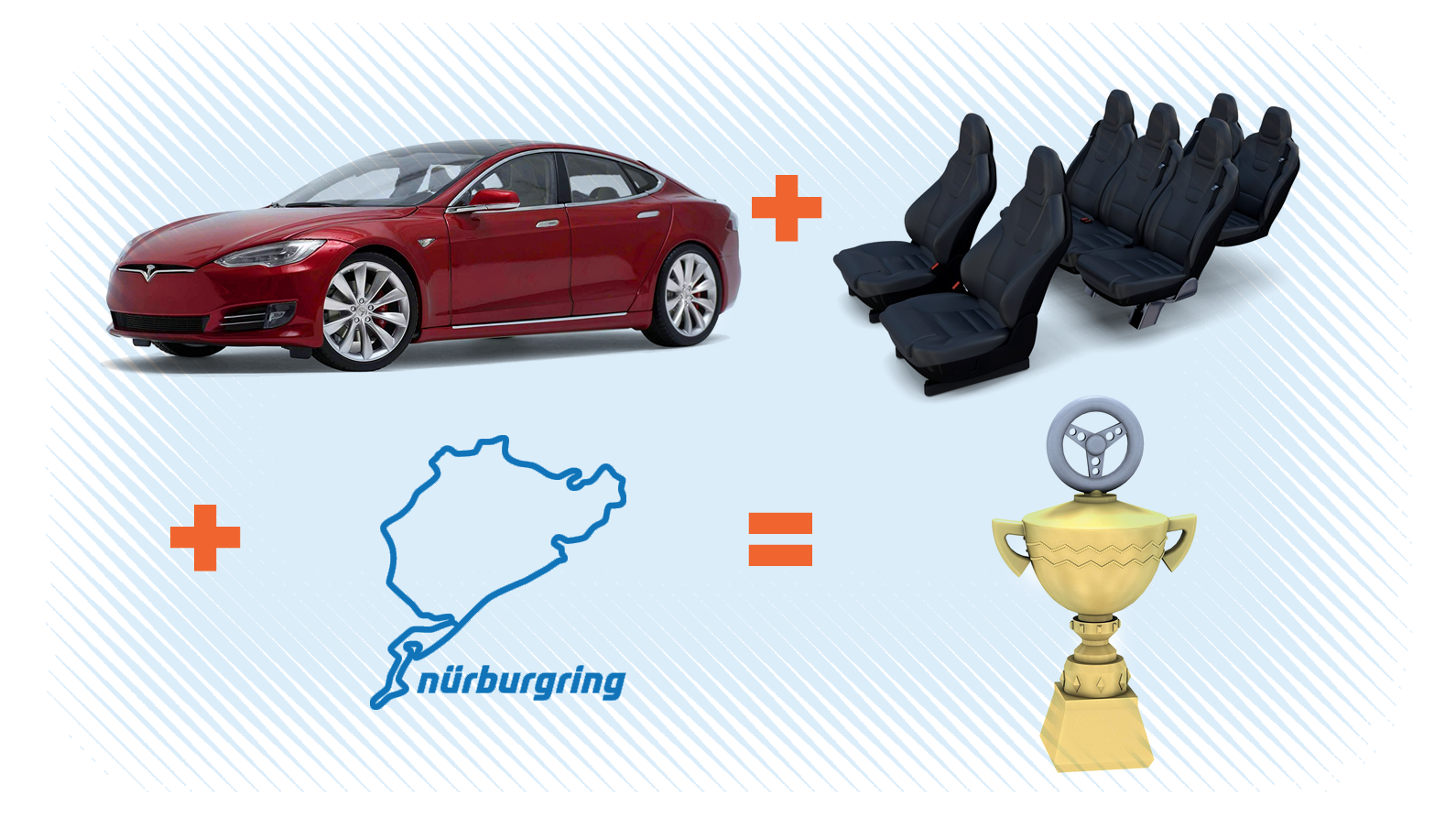 While pretty much all of the recent obsession with setting Nürburgring Ring lap record times and the rivalry between Tesla and Porsche is sort of idiotic genital-measuring, there is one foolproof way to guarantee that a record will be set: make the criteria for the record so specific that pretty much any result will set a record. That seems to be exactly what Tesla is planning by running a seven-seat Model S.

As with everything important in our world now, this all started with a tweet:

Model S at Nürburgring has 7 seats

Now, cunning readers like yourselves may be doing maths on the back of envelopes right now as you try to figure out what possible advantage having more seats in a car attempting to set a speed record could be. And chances are that you’ve come to the conclusion that, hey, there is no good reason to add more seats into the car. In fact, with the extra weight, it’s likely worse, right?

Well, only worse if your goal is just setting the best time you can. There are other reasons to have seven seats. What could those reasons be, Elon?

Right, yeah, but I mean unless you’re carpooling on the ‘Ring, there may be another reason, right?

Oh yeah. This is a failsafe. There is no current ‘Ring record for a seven-seat sedan, certainly not a seven-seat electric sedan, so no matter what, Tesla sets a record. And unless Porsche is going to figure out how to cram two more (maybe three?) seats into the Taycan, it’s a record Porsche will not be able to break any time soon.

Which is just great, because all of this is ridiculous, and this just really drives that point home. In fact, it’s sort of inspirational.

That’s why I’d like to put out a public call to tracks that will permit me to set a speed record. I’d like to set the record for the fastest lap for a sub-55 horsepower right-hand drive car with a roof rack and little pouches on the back of the front seats.

You know how to get ahold of me.