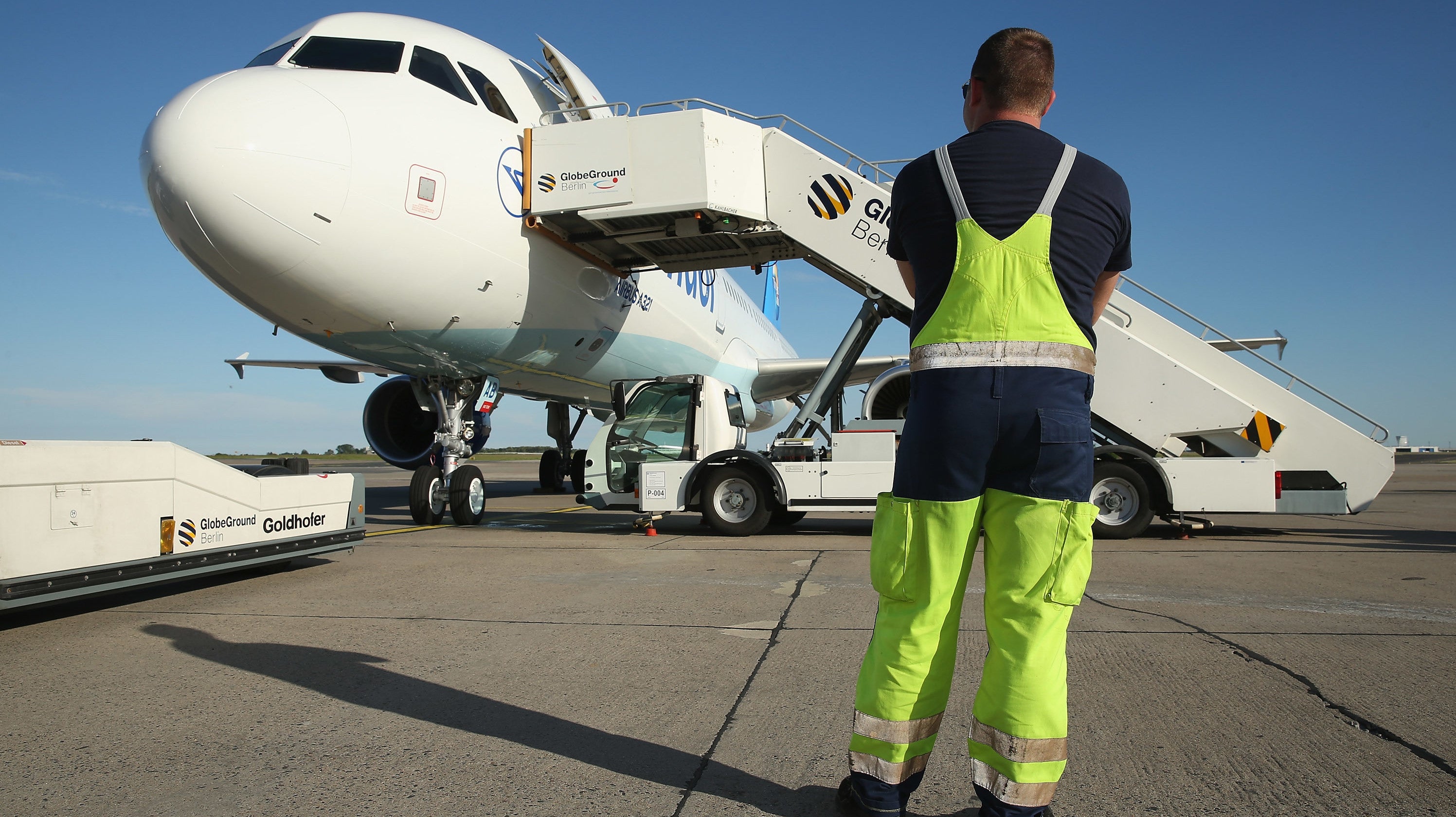 An aeroplane flying across the Atlantic Ocean had to reroute after a pilot spilled his coffee in the cockpit and damaged the audio control panel.

The Condor-run Airbus A330-243 was flying 326 passengers from Frankfurt, Germany, to Cancun, Mexico, when cabin crew gave the pilot a coffee with no lid, according to a report from the Air Accidents Investigation Branch (AAIB).

Airbus reportedly recommends pilots use provided cup holders for beverages, but the AAIB investigation found that the Condor pilot, who had 13,135 hours of flying experience, put his coffee cup on a tray table. The cup did not stay in place, and the coffee spilled onto the pilot’s lap and on the audio control panels. 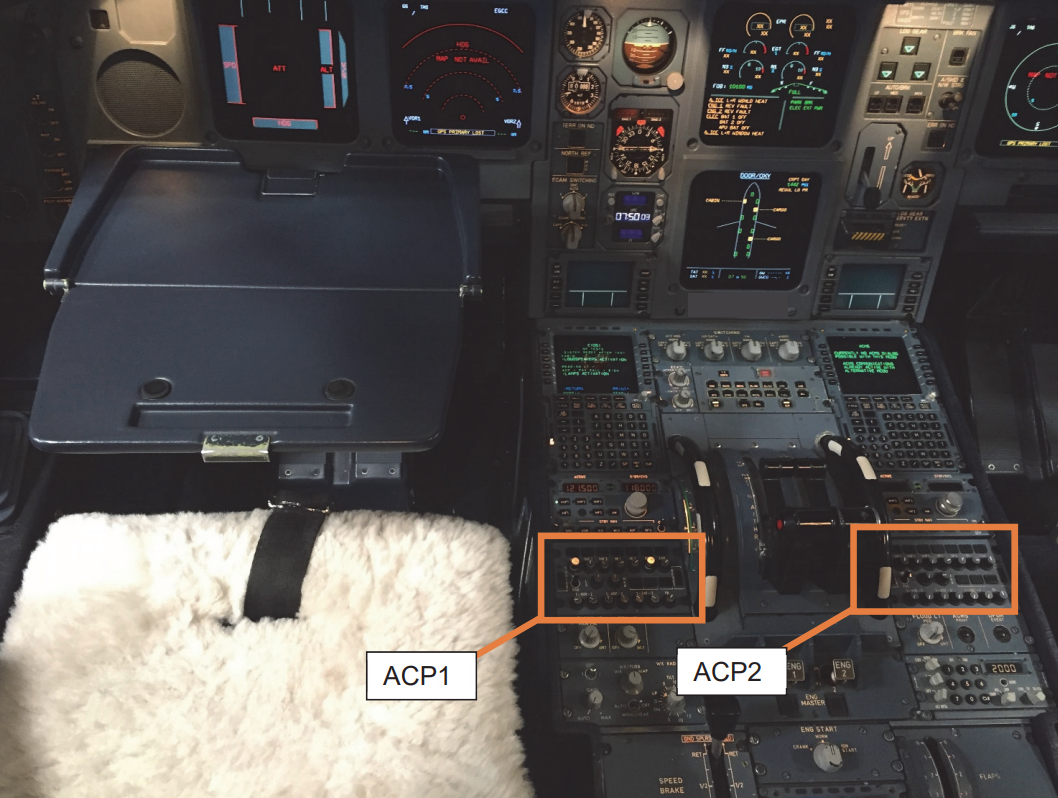 An image from the AAIB report shows the two audio control panels (ACP) that were damaged in the spill (Screenshot: Air Accidents Investigation Branch)

The spill “resulted in immediate malfunction.” And about 40 minutes after the spill, one audio control “unit became very hot and failed and there was an electrical burning smell in the cockpit,” according to the report.

About 20 minutes later the audio control unit on the co-pilot side “became hot enough to start melting one of its buttons, and failed” and a “small amount of smoke was observed coming from” the control unit that had failed first.

At that point, the pilot made the decision to divert the flight to Ireland. The flight crew used supplementary oxygen for the rest of the flight, and the pilots had difficulty sending or receiving transmissions due to the audio control panels being damaged. 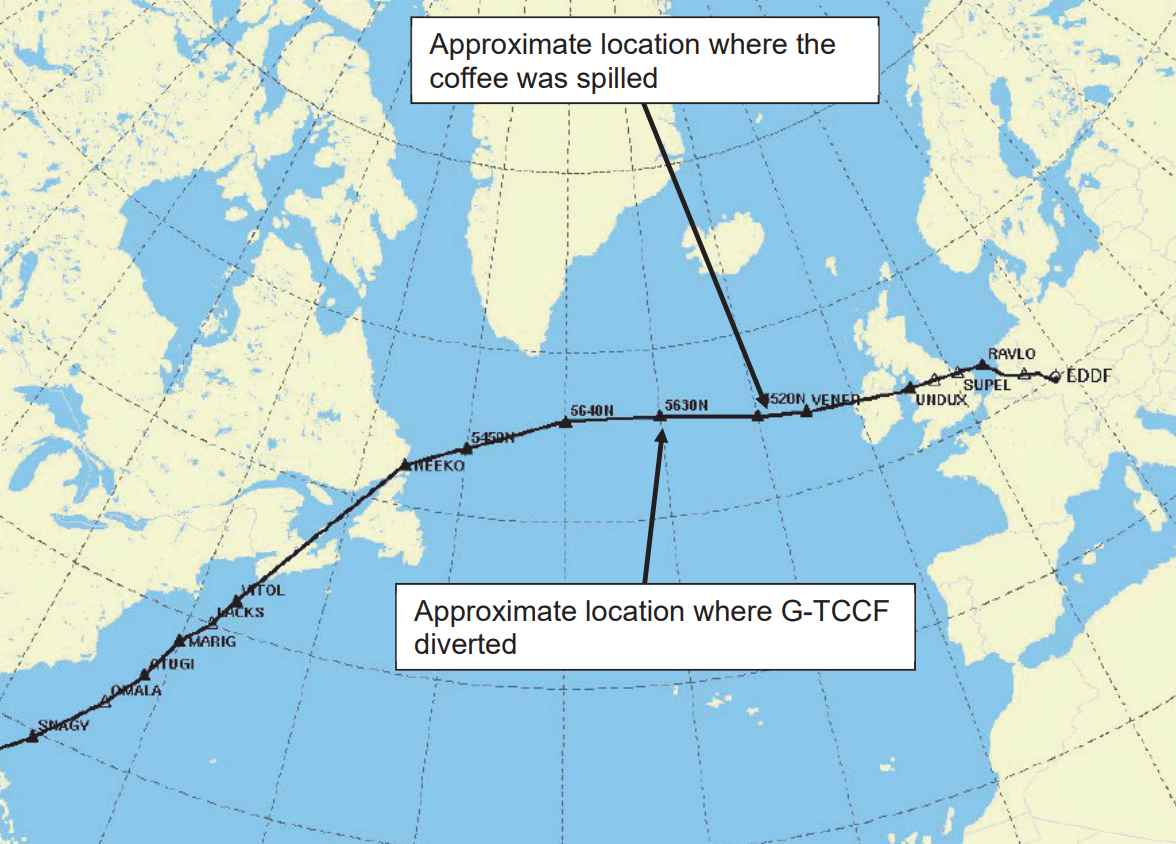 “Flight DE2116 from Frankfurt to Cancun on February 6, 2019, diverted to Shannon airport as a precautionary measure due to a minor amount of smoke in the cockpit after a liquid spillage,” a Condor spokesperson told Gizmodo, in a statement. “After the aircraft was fully inspected and repaired by our team of engineers, the flight continued via Manchester due to the legal operating hours of the crew. As safety is always our top priority, we have comprehensively investigated this incident and reviewed the procedures of liquids in the cockpit.”

The spokesperson continued, “Our crews were reminded of careful handling as well as to use appropriate containers for their water or coffee.”