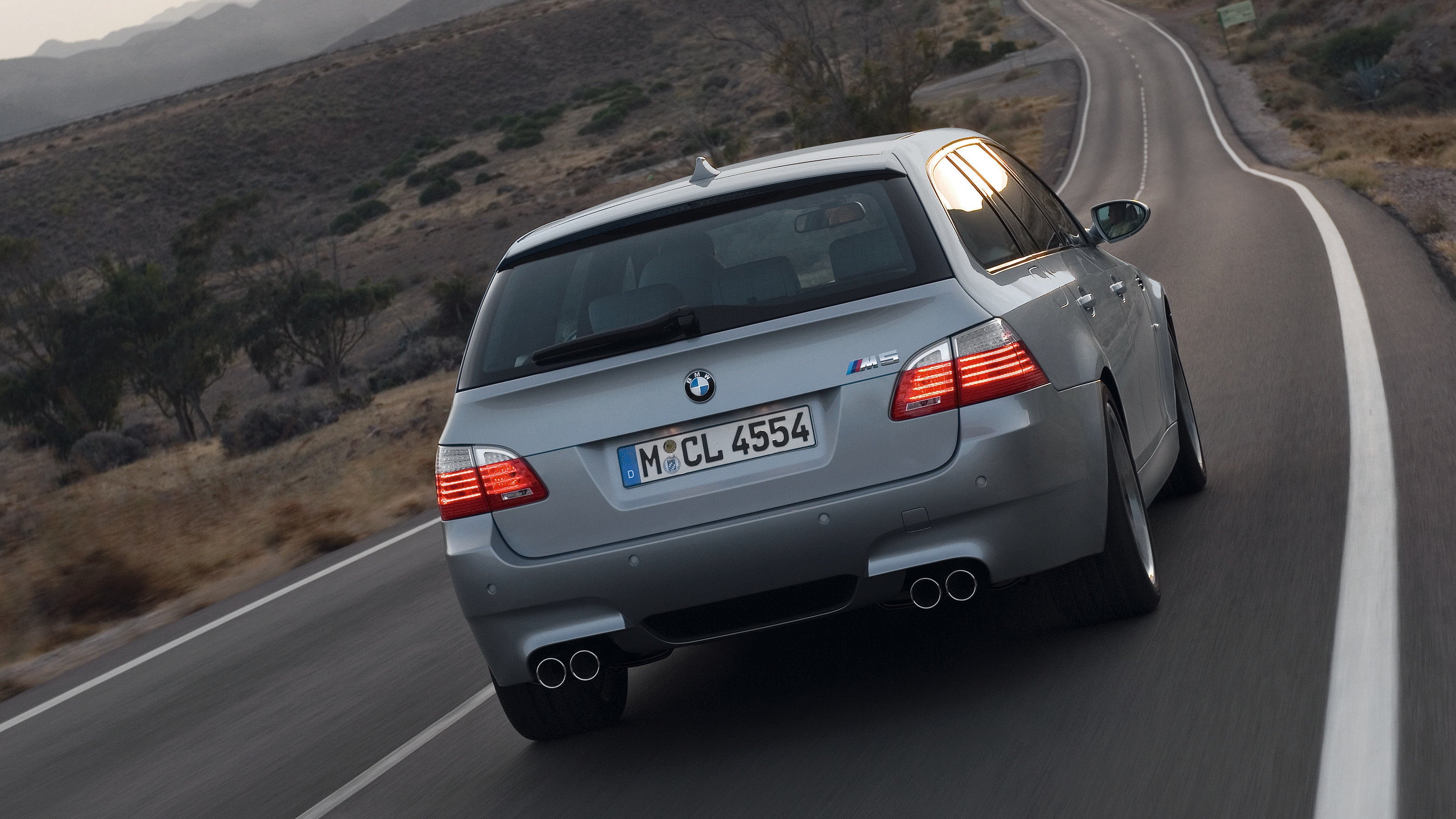 BMW has made some incredible M-wagons in the past. The E34 and E61 M5 wagons leap immediately to mind. Even the E46 M3 wagon concept was great, though it sadly never made it to production. Us nerds are always praying for a new M-wagon to drop, but it doesn’t seem like that’s going to happen at all now.

In general, the BMW M-wagons have historically been produced and sold in low numbers. These were cars aimed directly at the enthusiasts, and we both know while enthusiasts make a lot of noise, our buying power is relatively small.

“Touring estates are not part of our M plan,” said Flasch flatly. He went on:

“If I asked customers in Austria, Switzerland or Germany they would probably give it the thumbs-up, but we are a global company and we have so many things to deal with on the powertrain side that we don’t go into products like this. This is what the SUVs are for.”

Did you just hear that? That crack that echoed like a gunshot through the mountains, scattering the birds? That was the sound of my heart splitting in two. No more M wagons because that is what the SUVs are for.

SUVs like the X6 M, X5 M, X4 M and so on. I have no doubt these cars have all the appropriate M trimmings that make them sort of legitimate, but they are so huge. And un-wagonish. And oftentimes very ugly. But they have mass-appeal because a big car is what everyone wants now, so, money.

They will never be my M-wagon.

If you were holding out for a new M3 wagon M5 wagon or even an M2 shooting brake (ok, that one was a long shot), you can forget about it. Sorry. The boss said so.