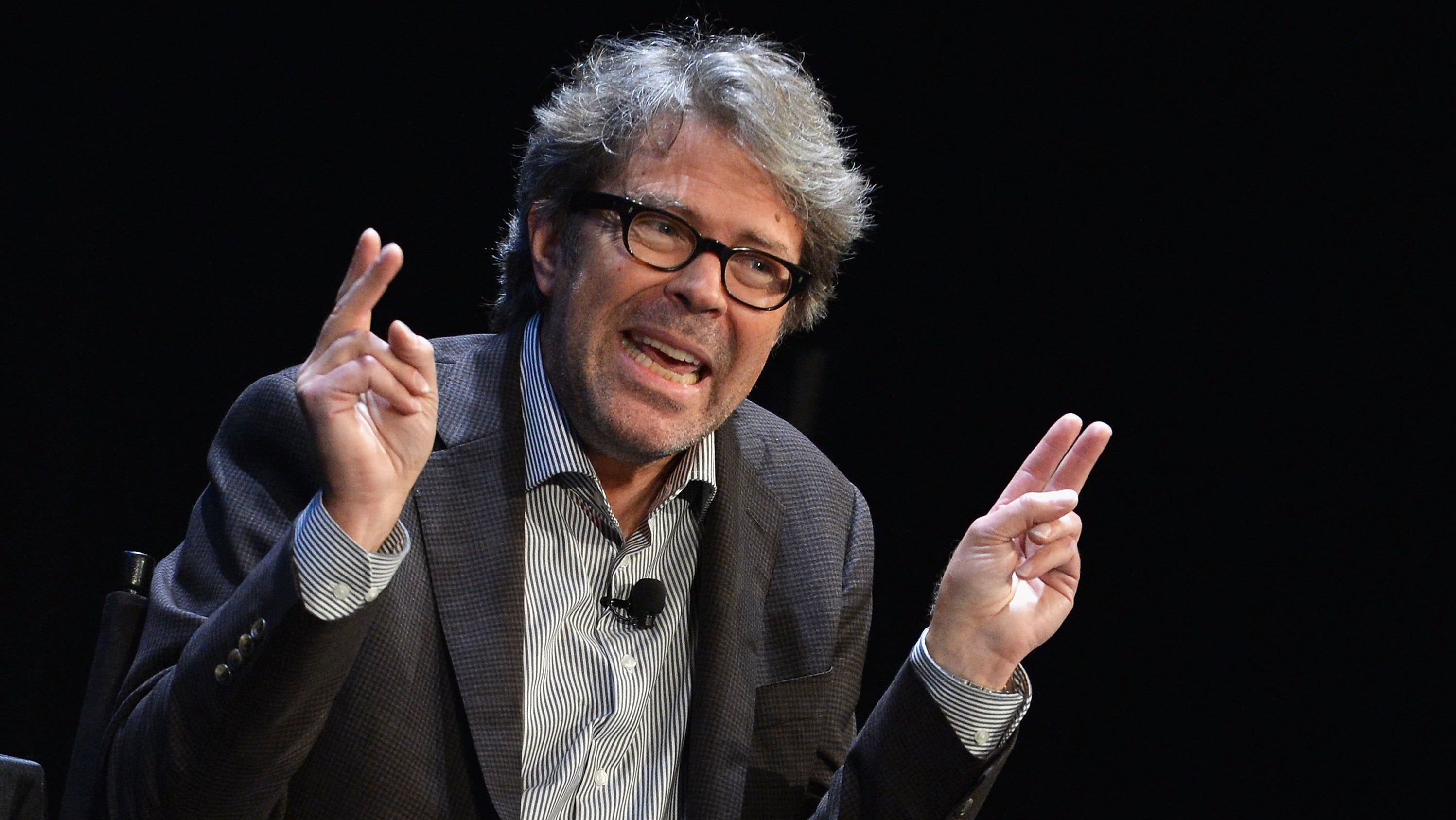 Inexplicably, Jonathan Franzen and the New Yorker have come back for another round of being complete dumbasses about climate change.


In 2015, the novelist courted everyone’s wrath for publishing a New Yorker piece arguing we put more time into saving birds (which he loves) and less effort combatting climate change (which he also loves apparently?).

On Monday, the magazine published his essay with the subheading, “The climate apocalypse is coming. To prepare for it, we need to admit that we can’t prevent it.” What follows is a breathtaking display of dumbassery, which I think puts the final nail in the coffin for rich guys sharing any of their thoughts on climate change in established publications.

Franzen misrepresents the science and politics of climate change and instead relies on — I kid you not — a “model” in his brain. The premise of his piece is: We haven’t fixed climate change for 30 years, so we may well give in to the fact that everything is screwed. Or, in Franzen’s words, “accept that disaster is coming, and begin to rethink what it means to have hope.”

In fact, accepting that disaster is coming is the exact reason to try to cut emissions. If you see a hurricane is coming, you don’t just wait for it to kill you. You use the resources you have to try to get to safety, bringing as much stuff that you care about as you can with you. In other words, you do something.

Franzen goes on to mock the idea that we should try to address the biggest problem facing humanity because the past 30 years have been littered with failed efforts.

“Hardly a day seems to pass without my reading that it’s time to ‘roll up our sleeves’ and ‘save the planet’; that the problem of climate change can be ‘solved’ if we summon the collective will,” he wrote. “Although this message was probably still true in 1988, when the science became fully clear, we’ve emitted as much atmospheric carbon in the past thirty years as we did in the previous two centuries of industrialisation.”

Look, I’ll be the first to admit humanity has a shit record on combatting climate change so far. Sure, much of that is due to oil companies spreading decades of denial, but the economy as a whole has also been aggressively tied to fossil fuel-related growth. But, as Emily Atkin in her wonderful new newsletter puts it, “I’m also not a coward.” If we throw up our hands like Franzen says we should, millions of people will die, largely in poor countries that did little to cause the problem of climate change.

Up to a million species — including some of Franzen’s precious birds — will go extinct. Period. Jonathan Franzen, someone with more than enough resources, will be fine or peacefully communing in the great unknown with his extinct birds.

The world is in a transitional moment. Recent science reports have laid out a timeline to address the worst impacts of climate change that have made the stakes pretty clear.

If the world doesn’t reduce emissions by 45 per cent below 2010 levels by 2030, then we’ll be knocking over a dangerous guardrail if we want to keep the world cooler than 1.5 degree Celsius above pre-industrial levels. That sure puts the stakes front and centre in ways they haven’t been to date.

We’re also seeing a huge struggle in American (and global) politics as ideas like the Green New Deal — something which Franzen inexplicably says is all about “gargantuan renewable-energy projects” when it’s so much more — gain traction. U.S. presidential climate plans have ramped up the ambition further. Meanwhile, the world is readying itself for a critical climate summit this month at the United Nations, which itself is a prelude to a big climate conference this winter in Chile.

Maybe all this amounts to nothing. Maybe Donald Trump wins another term or even if America ends up with a President Bernie Sanders or President Joe Biden or President Whoever, the U.S. still doesn’t start bending its emissions curve fast enough. Maybe the world continues to flail at yet another round of climate talks, delivering promises it can’t deliver on. But the whole point is you have to try, and we all have a role in holding the institutions accountable to do their goddamn best.

Franzen wraps his essay by saying we should all do little things to help save something tangible. Which sure, yes. I agree! Franzen’s example is that he gets CSA vegetables from a farm in his hometown of Santa Cruz that provides “employment, training, support, and a sense of community” to the homeless. That’s great.

But it’s also a dumb point to end your essay on. California has a homelessness crisis in part because of a lack of affordable housing. One big solution would be to build more fucking houses.

That’s not to knock the farm Franzen highlights or even him buying veggies from them. But in using it as an example of something that “gives me hope for today,” Franzen betrays how weak his mind model thing is. Rather than focusing on changing the broken system in place, he’s content to buy locally sourced kale as part of it.

Addressing climate change will require systematic change, something people of Franzen’s era and wealth have very little interest in. Of course, climate denial is becoming gauche, and climate delay has arrived to take its place. The Republican form of it has focused on the fact that maybe climate change won’t be that bad.

For doomers like Franzen, delay takes the form of believing we’re done for so why bother trying to achieve big things. Must be nice — but for the rest of us, dare I say it’s time to roll up our damn sleeves and get to work. It sure beats sitting around eating kale, waiting for the storm hit.