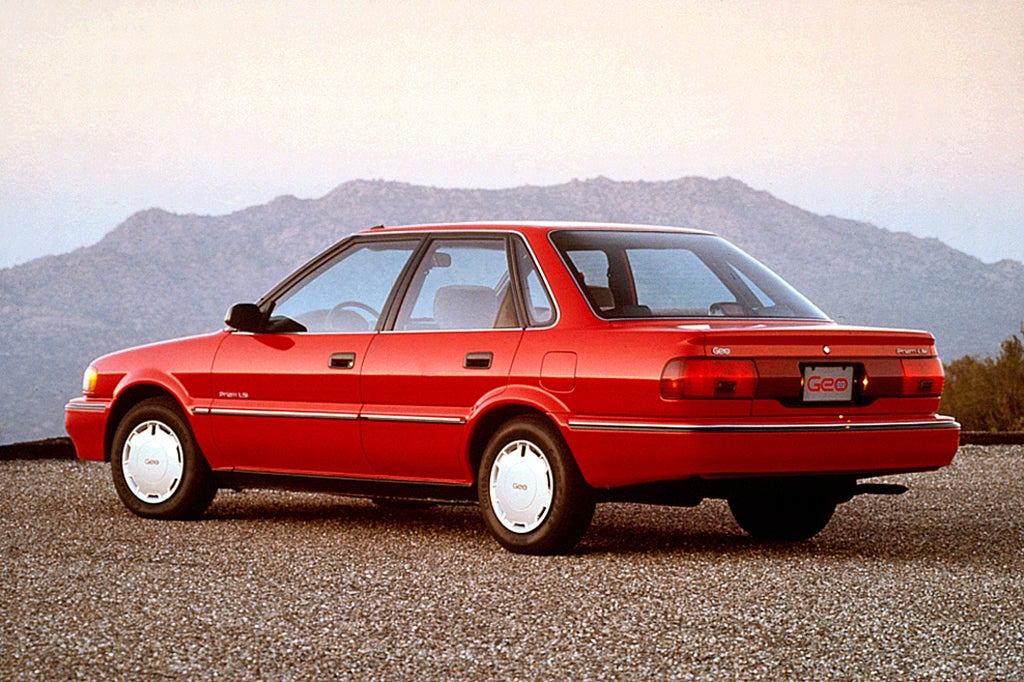 The new trend for “vintage” cars is rides from the 80s and 90s. I say vintage in quotes because I don’t want to believe that I’m old yet. Now, you may think the best way to Radwood is a 993 Porsche — or maybe even the iconic Lamborghini Countach — but a real connoisseur brings a Geo Prizm.

A reader sent me a tip on this 1994 Geo Prizm LSi for sale at a dealer in New York. Whoever made the listing clearly knows what they have, with an exterior that is listed as “rusty” and an interior of “who cares.” They also note that “tetanus shots are required” before a test drive. 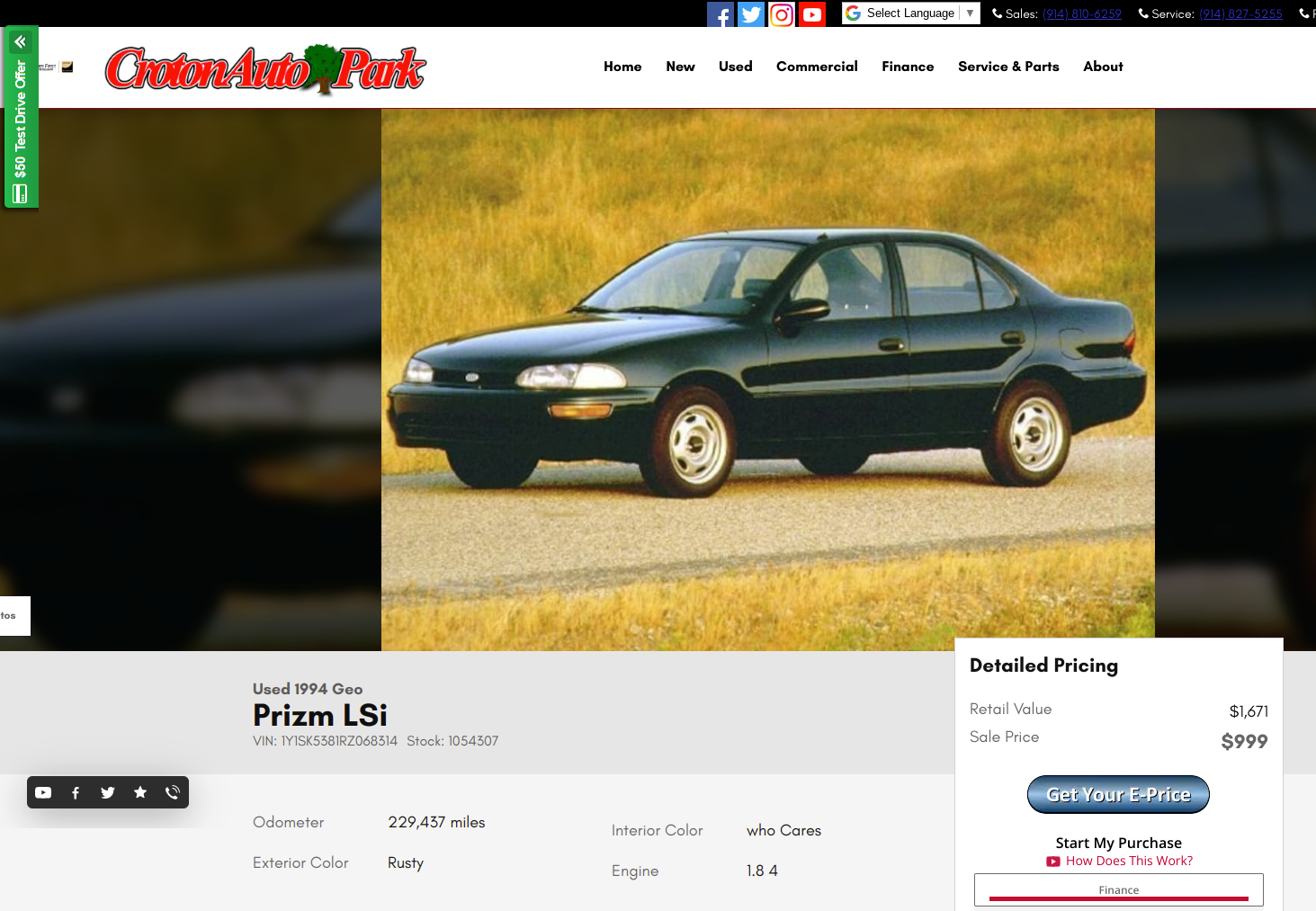 What amazes me is that not only is this Prizm with over a quarter of a million miles still around but the fact that the dealer decided to actually list it for sale and not just toss it to the auction. That being said, $US1000 ($1472) may still be a bit steep for this survivor.

In case you are unsure about the ownership experience on a Geo Prizm, the dealer did include some impressive testimonials. One person even declared it “the best car ever.”

Back in the day, the Geo Prizm was probably not a car you actively sought but somehow just acquired. But now, you have a chance to see this car through a different lens.