The Moon Shines Brighter Than The Sun… In Gamma Rays 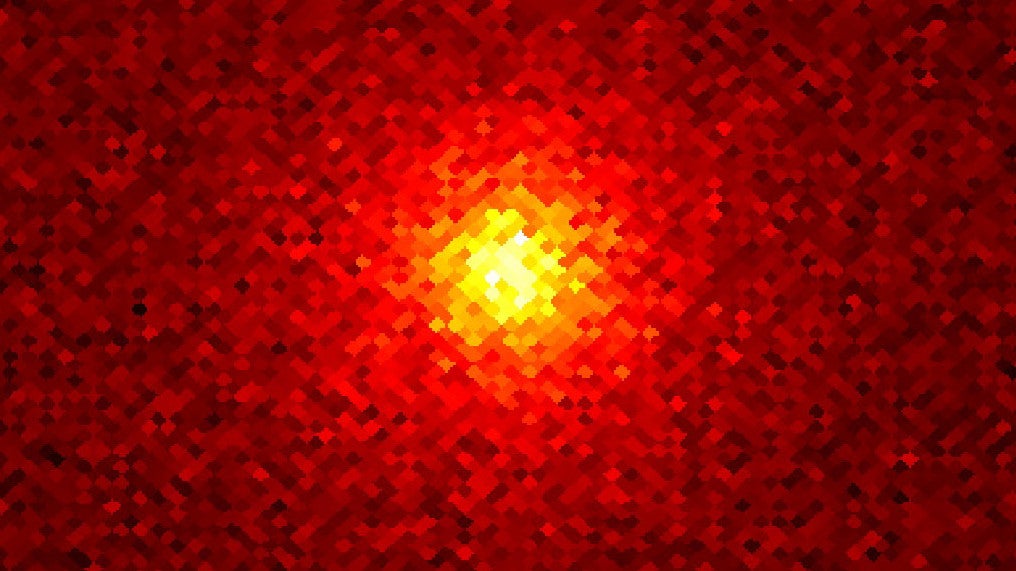 The Moon is brighter than the Sun, if you’re measuring it in gamma rays. Sorta.

NASA publicised this interesting factoid in a press release last week while promoting research by physicists Mario Nicola Mazziotta and Francesco Loparco at the National Institute of Nuclear Physics in Italy, who made observations using the Fermi Gamma-ray Space Telescope.

Electromagnetic radiation, what we call light, travels like a wave. Waves have a characteristic wavelength (the distance between their peaks) and amplitude (the intensity). The energy of the light is proportional to its wavelength, where shorter wavelengths are higher energy.

Our eyes only perceive a small swath of the possible light, what we call visible light. So, to our eyes, the Moon looks like a white circle as it reflects visible light from the much-brighter Sun.

But there’s more to the Moon than meets the eye, literally. High-energy particles produced throughout the universe from exploding stars or the black holes at the center of galaxies fill space. Though they’d typically be blocked by magnetic fields, the Moon doesn’t have magnetic fields.

The particles strike the lunar surface, interact with its matter, and produce gamma rays as a result. These gamma rays are visible through special detectors, such as the Fermi telescope. Since cosmic rays hit the Moon from every direction, the gamma-ray Moon doesn’t show phases, like the crescents we see in visible light. It does vary in brightness based on cyclical changes to the Sun’s magnetic field, according to the NASA release.

NASA points out that the Moon only outshines the Sun in gamma rays at lower energies, where the Sun’s magnetic field blocks the cosmic rays. More energetic particles still penetrate the Sun’s magnetic field, interact with the sun’s atoms, and produce gamma rays. NASA also mentions that understanding the lunar gamma ray environment is important as we once again strive to return astronauts to the Moon.

The below image show the Fermi view of the Moon getting brighter as it collects more gamma rays. 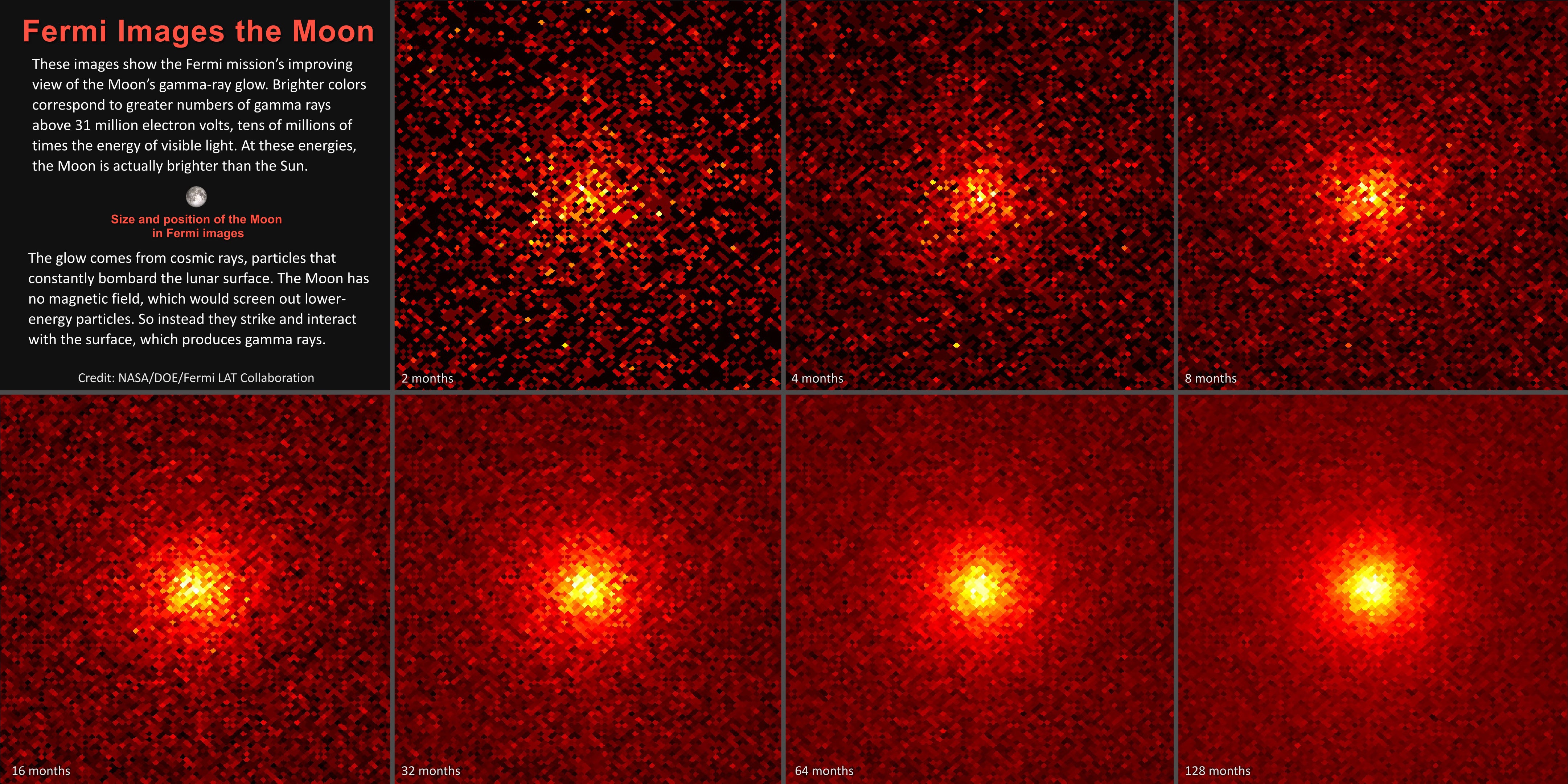