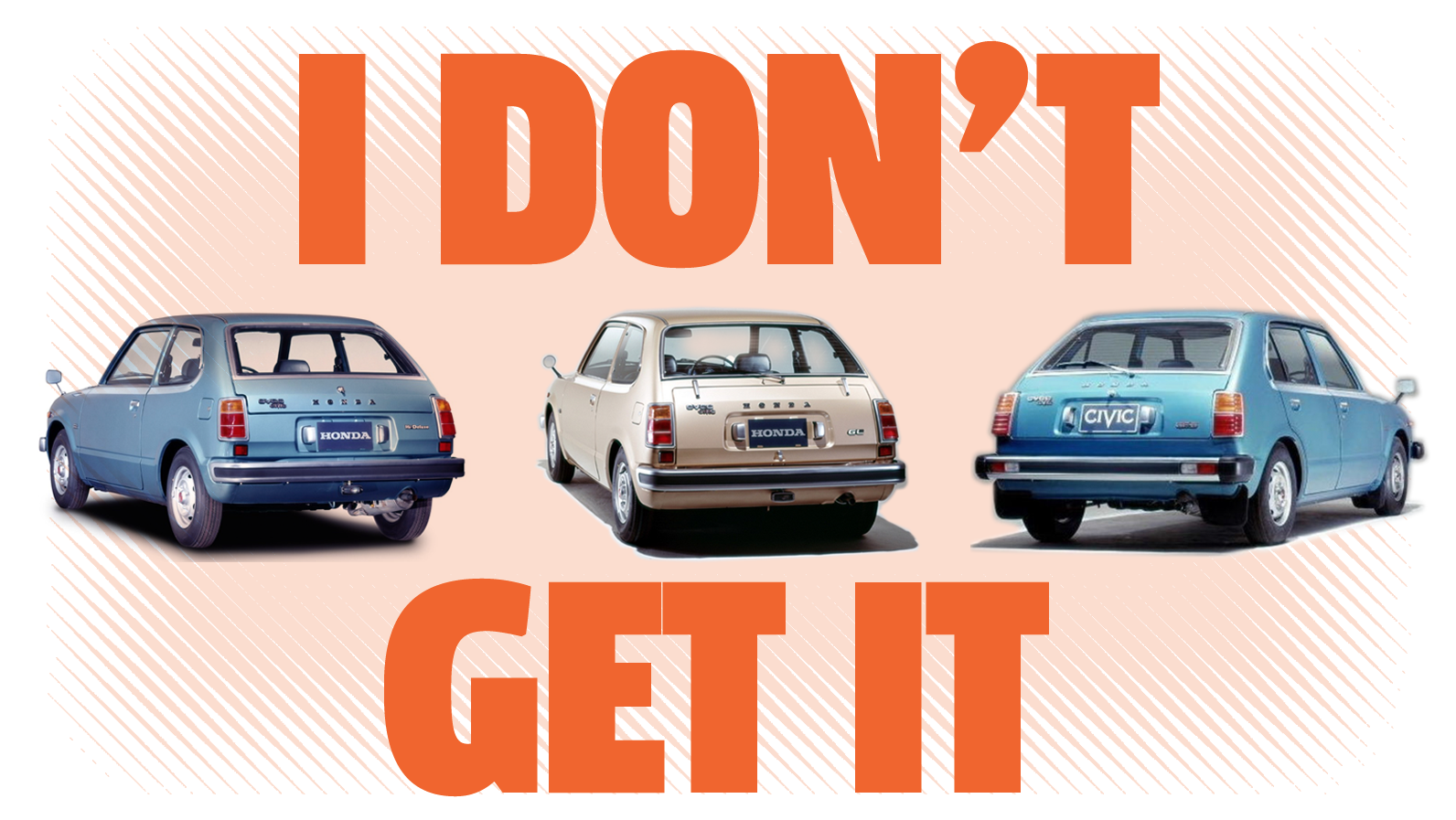 I’ve always really liked first generation (1972 to 1979) Honda Civics. They were really well-built and designed cars, with impeccable engineering (remember, Honda figured out how to avoid a catalytic converter) in an appealing, usable little package. These first Civics have also always baffled me with their weird trunks. Let me explain.

For some reason that absolutely eludes me, there were three entirely different ways Honda engineered for humans to shove groceries and suitcases and other parcels into the early Civic, and somehow only one made any real sense.

The three options were as follows: a “sedan,” a short hatchback, and a full-height hatchback. Here’s some photographic evidence for you: 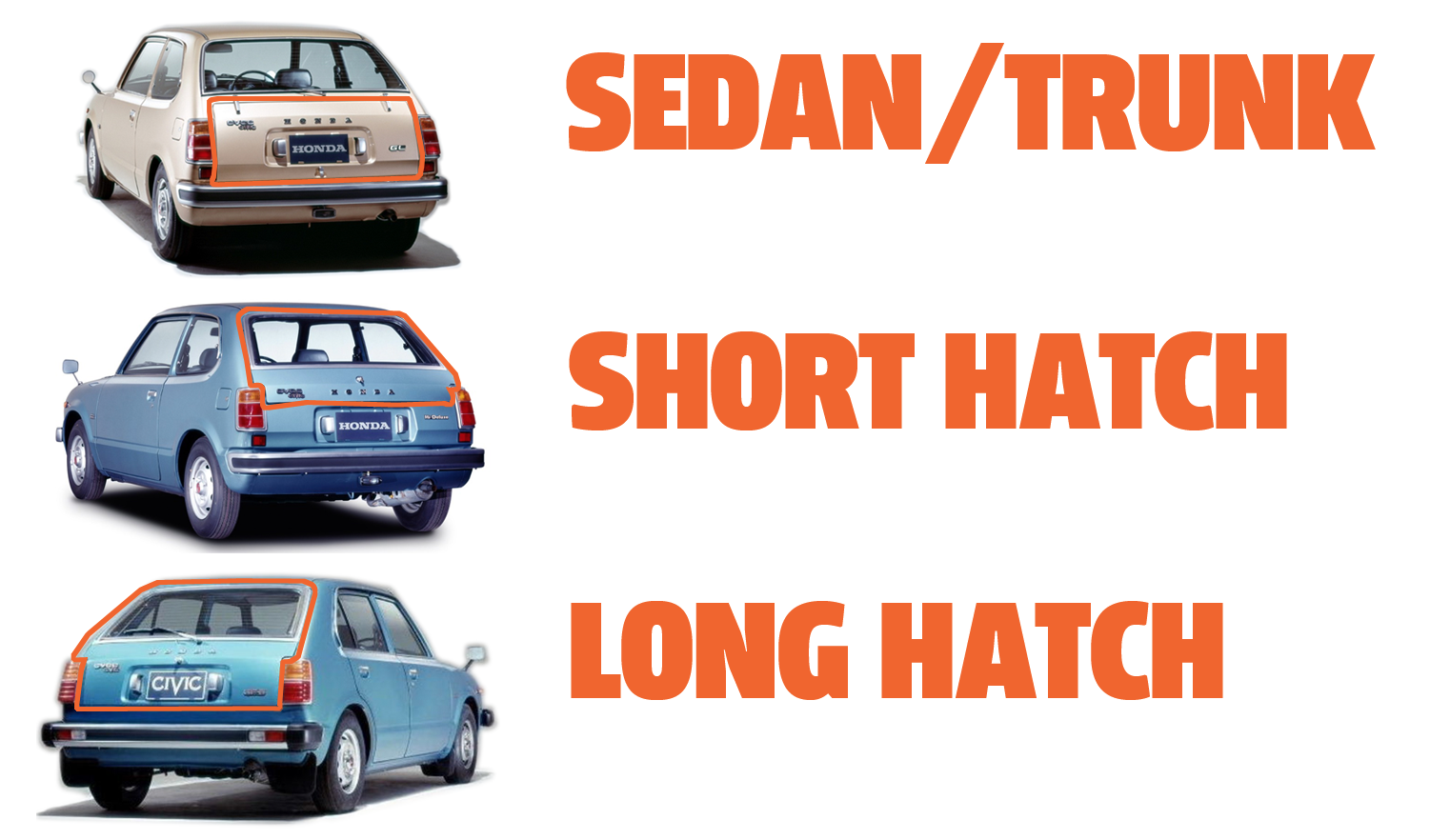 OK, let’s break these down:

Trunk: This makes absolutely zero sense. What the hell was the point of this? You get actually less luggage room, far less convenient access, and all for what? External hinges? It’s the exact same profile and look as the hatchback versions. I absolutely cannot fathom why anyone would have chosen this option. I’ve put stuff in the trunk of one of these before and it’s just awkward, with that trunk lid always getting in the way. Baffling.

Short Hatch: These were much more common and it makes sense why: it’s a real, usable hatch. Much easier to load things into, you can get bulky stuff inside or have the option of leaving the hatch open, it just makes way more sense for this body style. Too bad that lower lip is so high, though, huh? I guess Honda couldn’t make it lower for some kind of structural reasons, right?

Long Hatch: Wrong. If you look at the five-door Civics (we never got these for the first-gens in America) you find that the rear hatch opens all the way down to the bumper line.

That’s a good, what, 20 centimetres more room than the two-door hatch? Why? Why is it so much better? Clearly, it can’t be a structural limitation.

And yet only one of these options made any sense. 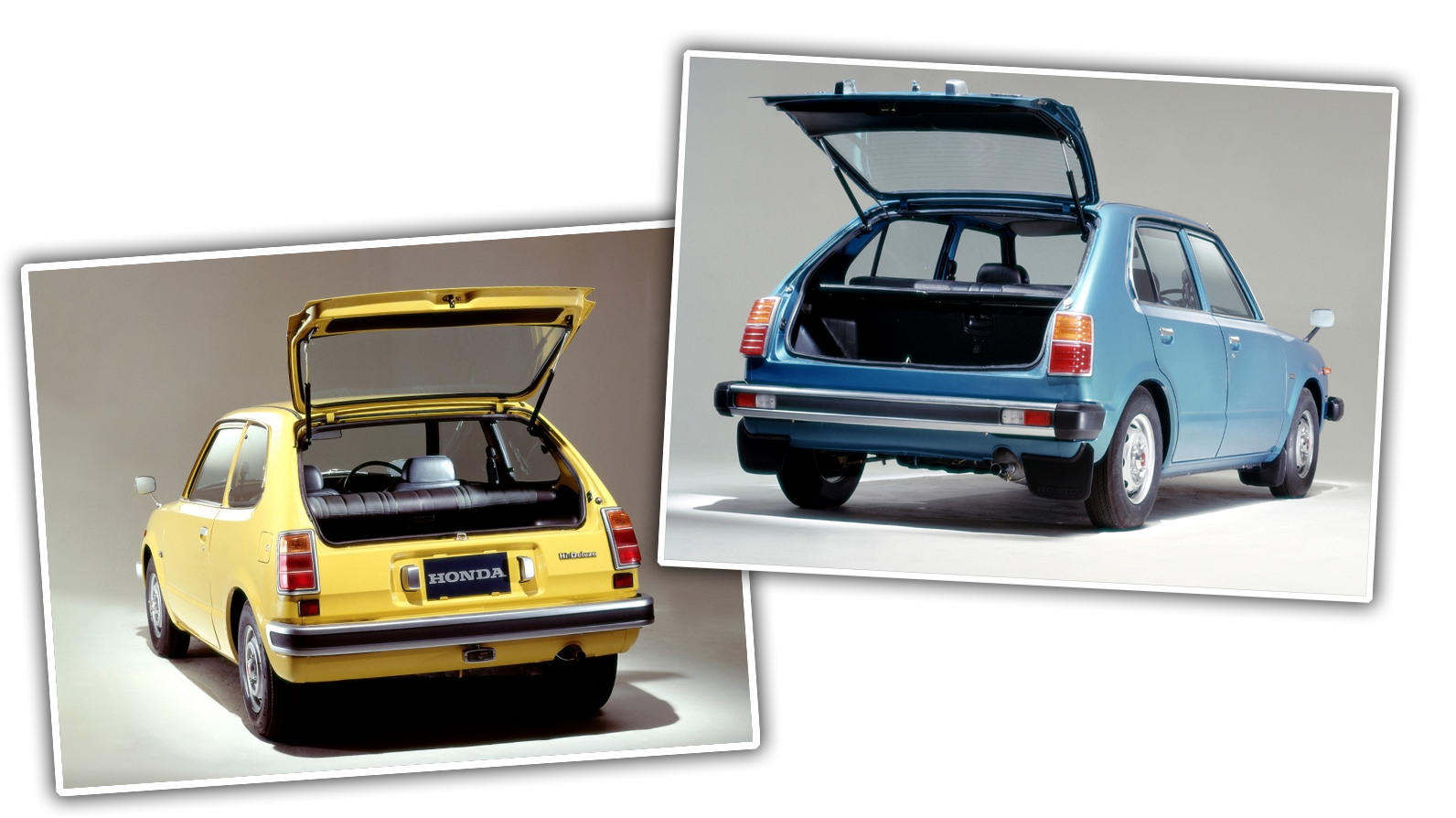 Was there any reason why they shouldn’t have just gone with the full-length hatch across the board? What’s the advantage of that short hatch? Who wanted that? Were people planning on making small soaking pools in their Civic hatchbacks and needed that solid rear wall?

Were there groups of religious people who felt the ease and utility of the hatchback was immoral and chose that weird little trunk so as not to offend God?

I have no idea what the hell anyone was thinking. No one at Honda seems to know, either — I’ve informally asked a number of engineers about this, and I’ll I’ve gotten are shrugs or laughing-but-serious suggestions to get the hell out of faces.

Honda’s such a normally rational company that this just feels even stranger. Why? What did they know? Was early-’70s Honda trying to tell us something?