So, Salmon Cannons Are A Thing 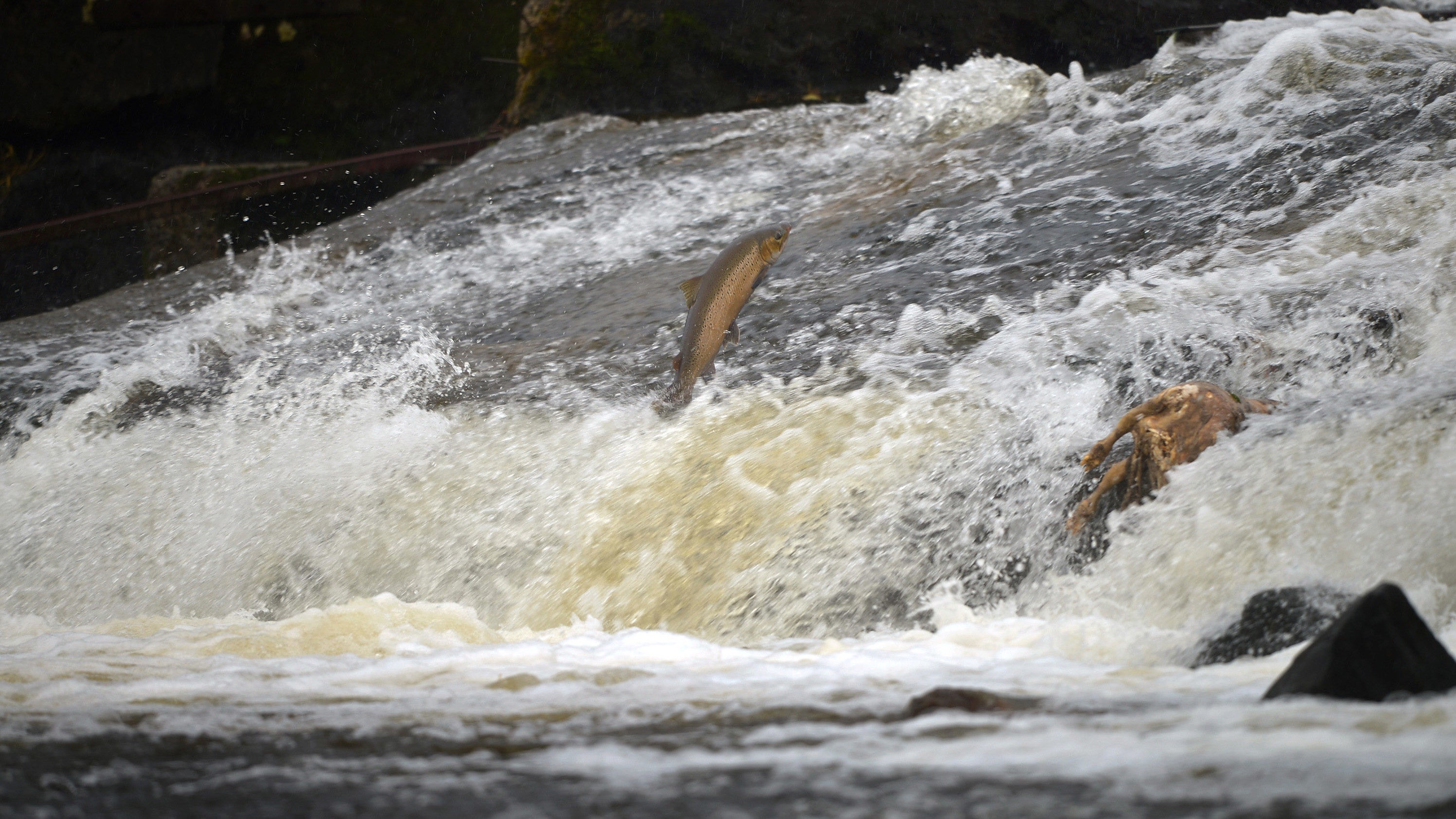 A viral video made the rounds over the weekend of what looks like some kind of pneumatic tube coaster/aquatic Uber service to help transport fish to wherever the hell fish need to go. It’s an invention of the Washington-based company Whooshh Innovations, and their other fish-handling gadgets have similarly goofy names such as the FishFaucet, the Burst Buster, and the FishL Study Buddy.

Since 2013, the company has specialised in building fish transport systems that can do things like help fish migrate by shooting them over dams and other obstacles to their spawning grounds or weed out non-native species from groups before they impact the local ecosystem.

A video uploaded by Cheddar Gadgets on Thursday features one of these transportation systems and there is something just inherently bizarre about watching a fish soar over fields and along roads like it’s commuting via pneumatic tube. That’s probably why it’s currently sitting at nearly 10 million views on Twitter.

Fun fact: Those fish in the video are zooming along at around 18km per hour in pipe systems that can span more than 304.80m according to stats on Whooshh’s website.

On its site, the company explains how it started out in the agriculture business developing a pipe system to better transport and sort fruit from nearby orchards. The switch to fish came after these orchards began competing with salmon conservation efforts for local water resources.

Turns out, a pipe system built to handle delicate fruit also makes a great fish subway system. And after some fine-tuning, it became one that moves more fish with up to 80 per cent less energy than other forms of fish migration assistance, according to Whooshh. Not to mention more high tech; another transportation method literally involves a helicopter and a very large bucket.