Samsung Should Have Just Led With The Galaxy Watch Active2 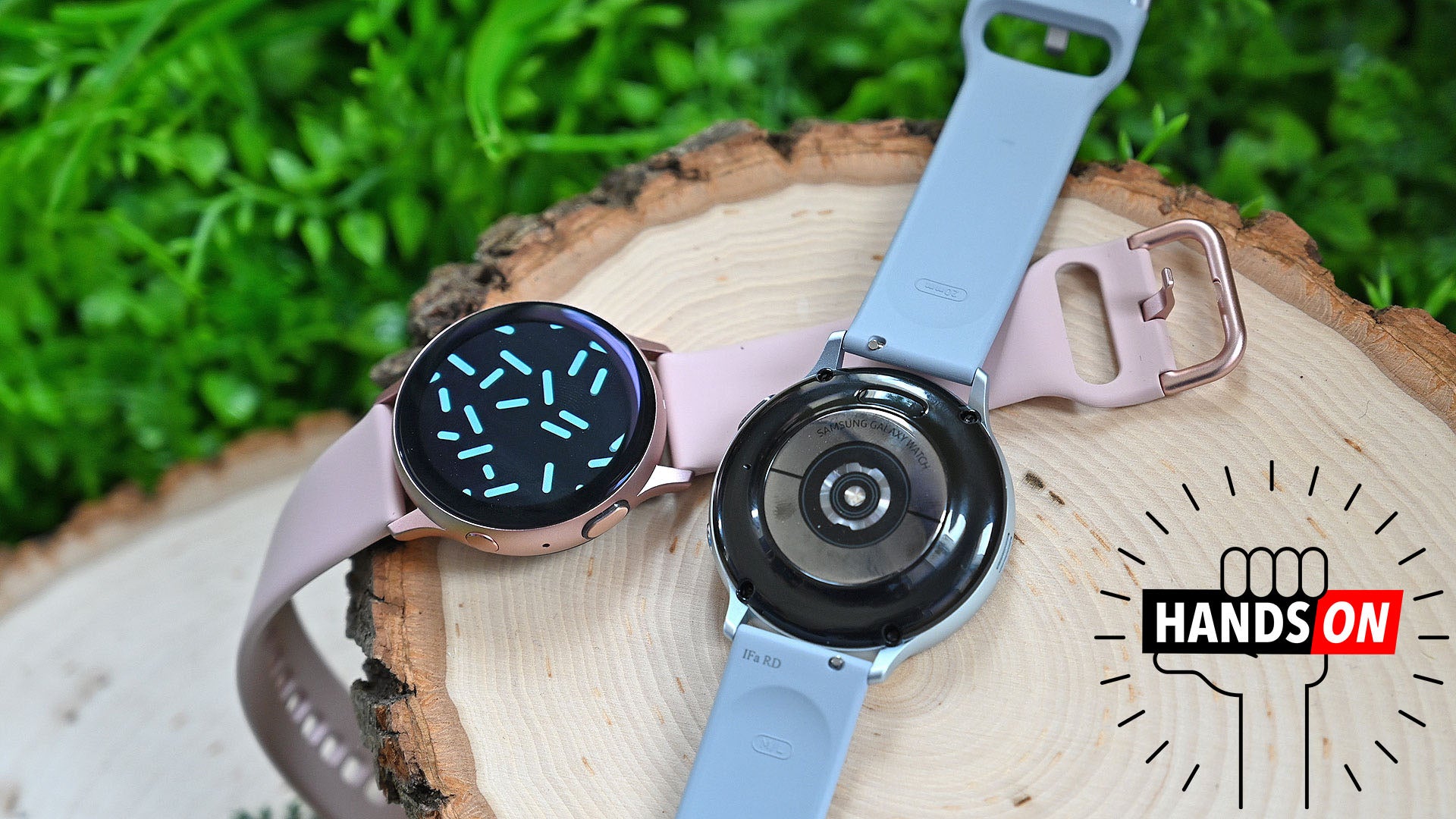 Earlier this spring, Samsung introduced its Galaxy Watch Active smartwatch. Gorgeous and streamlined, it would’ve been the perfect smartwatch if not for some buggy software. Less than six months later, Samsung’s already unveiled the Galaxy Watch Active2, which I got to see for myself at an event last week. It fixes a lot of the gripes I had with the original and adds some neat style and fitness features — but I can’t help but wonder why Samsung didn’t just lead with the Active2 in the first place.


First off, here’s what’s different with the Active2. This time around the watch will come in two sizes — 40mm ($US280 (around $412)) and 44mm ($US300 (around $442)) — and you can also get a stainless steel version for a more sophisticated look. There is no official Australian pricing available yet.

There will also be an LTE version, though pricing isn’t set yet since it’s dependent on carriers. As for features, the Active2 brings back Samsung’s signature bezel navigation — though in an updated format. Instead of an actual rotating gear, the Active2 has a digital bezel. All you have to do is swipe your finger around the display edge. 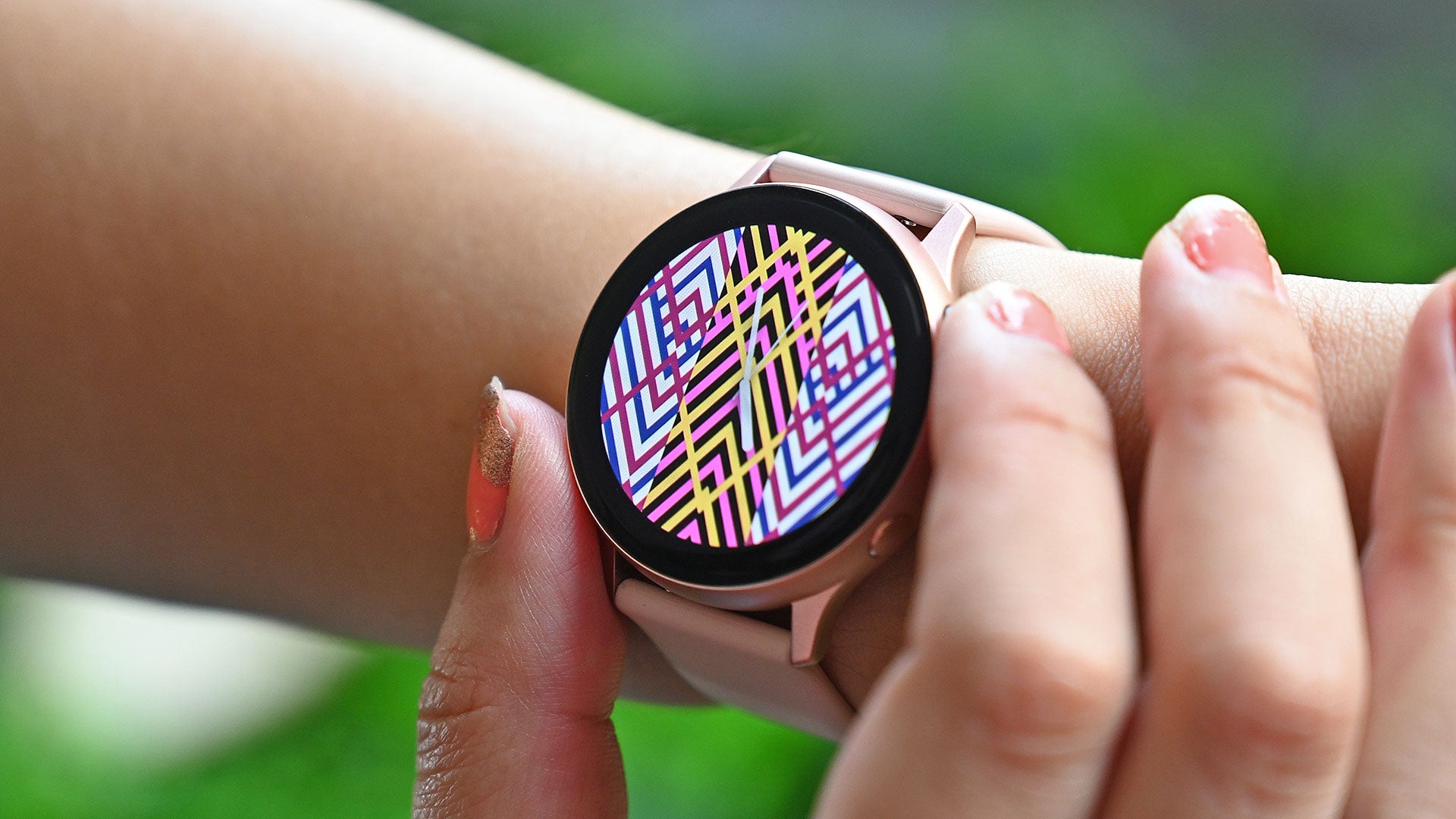 The Active2 also sports better hardware. A Samsung representative told me the new watch will feature eight LED sensors for heart rate monitoring and an improved accelerometer that can measure up to 32Gs of force. I’m hopeful that translates to more accurate fitness tracking, as it was really the only thing “wrong” with the original Active. Samsung noted that it was working on future ECG capability with the Active2 — you can see it in the top button on the side.

It’ll work similar to the Apple Watch Series 4’s ECG feature, but the caveat is it won’t be available at launch since Samsung needs to run more studies. (Why mention this now then? I’m not sure. The Active teased blood pressure monitoring in the same way, but it wasn’t a functional feature.)

App-wise, the Active2 offers the same stress and activity tracking as the Galaxy Watch and Watch Active, with a couple new additions. The first is a new feature called My Style. In a demo, a Samsung rep took a picture of his outfit with his phone, and then the My Style app created 5-6 custom watch faces to match.

It’s kind of limiting if you prefer complications over fashion, but for the sartorially inclined, it’s one of the better customisable style apps I’ve seen. Samsung also showed off an updated Running Coach, which tracks your pace and gives you real-time tips on how to run more consistently.

It’ll also give lap and split times, which previous Samsung watches were lacking. I’m curious to test it for myself, as Samsung’s been playing a bit of catch up in this area compared to Apple and Fitbit. A win here would not only make Samsung more competitive, but it could also finally make it the Android-friendly smartwatch to beat. 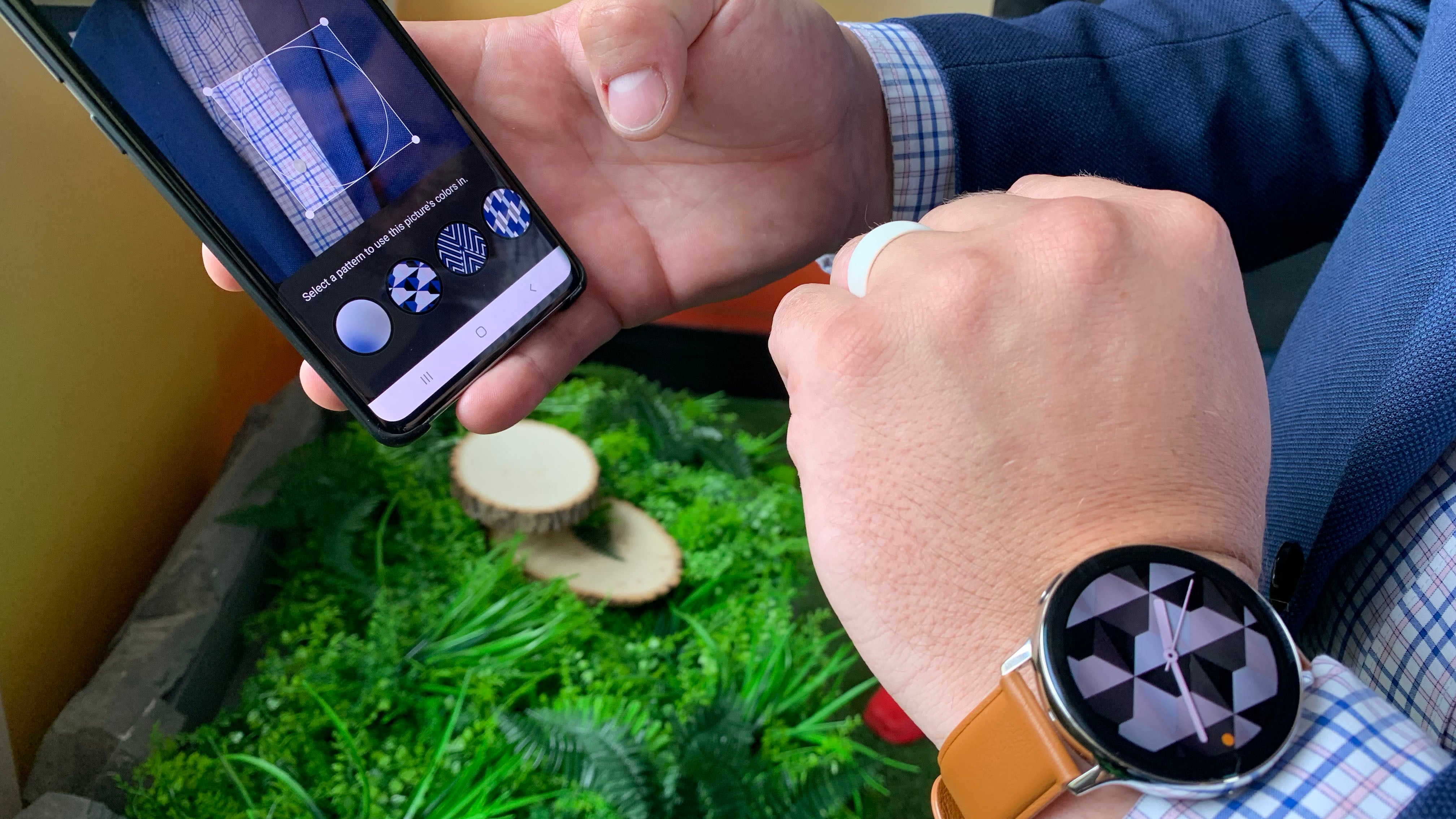 The My Style app in action. (Photo: Victoria Song, Gizmodo)

For some reason, Samsung has also decided to expand social media options with the Active2 as well. Namely, you can now tweet from your wrist and… watch YouTube videos. I’m not joking. A Samsung rep demoed the feature for me, and despite some spotty connectivity, I definitely watched a Shark Week video from his wrist. I don’t know exactly why you’d want to watch YouTube on your wrist when your phone is in your pocket, but Samsung says this is what the people have been asking for.

Despite the name, this doesn’t mean Samsung is doing away with the Active. (If so, that would’ve been the shortest-lived smartwatch ever.) Samsung explained the Active2 is more or less meant to be a mid-tier option between the slightly more affordable Active ($349) and the more premium Galaxy Watch.

But just looking at the specs, this marketing speak is baffling. Samsung’s clearly listened to the feedback from the Active and is offering a better version for just around $100 more. Sure, $100 isn’t nothing, but in the grand scheme of things, that’s not a lot more for better sensors, a digital touch bezel, and other new features too.

And since the Galaxy Watch is just $50-$80 more than the Active2, it’s even more puzzling to try and cram another pricing tier in there. To be honest, I wouldn’t be surprised if the original Active quietly gets phased out in the coming months, or the price drops below $300 to accommodate. 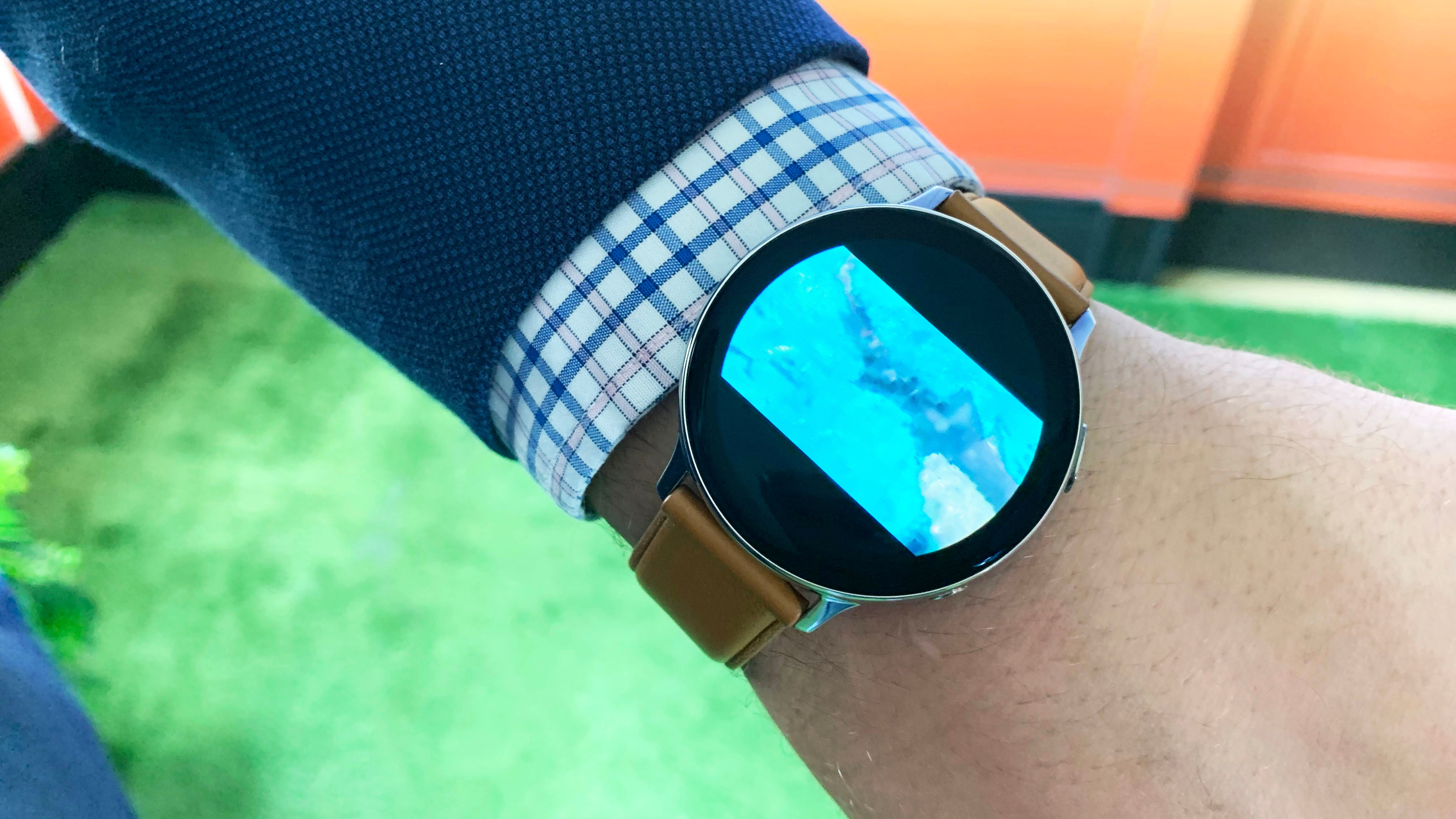 It’s a shark! Because now you can watch YouTube on your wrist! (Photo: Victoria Song, Gizmodo)

But business strategies aside, the Active2 could shape up to be that breakthrough smartwatch for Samsung. The original Active and Galaxy Watch were so close to perfect that you can’t help but hope Samsung’s finally figured it out this time. We’ll have to test it out for ourselves to see.

In the meantime, you’ll be able to preorder the Active2 starting early September, while both Bluetooth and LTE versions will be available later in September.