Walmart Spilled the Beans on Google’s Next Smart Speaker a Week...

This should be a unionized job! (Photo: Sean Gallup, Getty Images)

Why Unions Are the Key to Passing a Green New Deal

Report: Apple Is Pouring Over $6 Billion Into Apple TV+, Including Nine Figures On The Morning Show 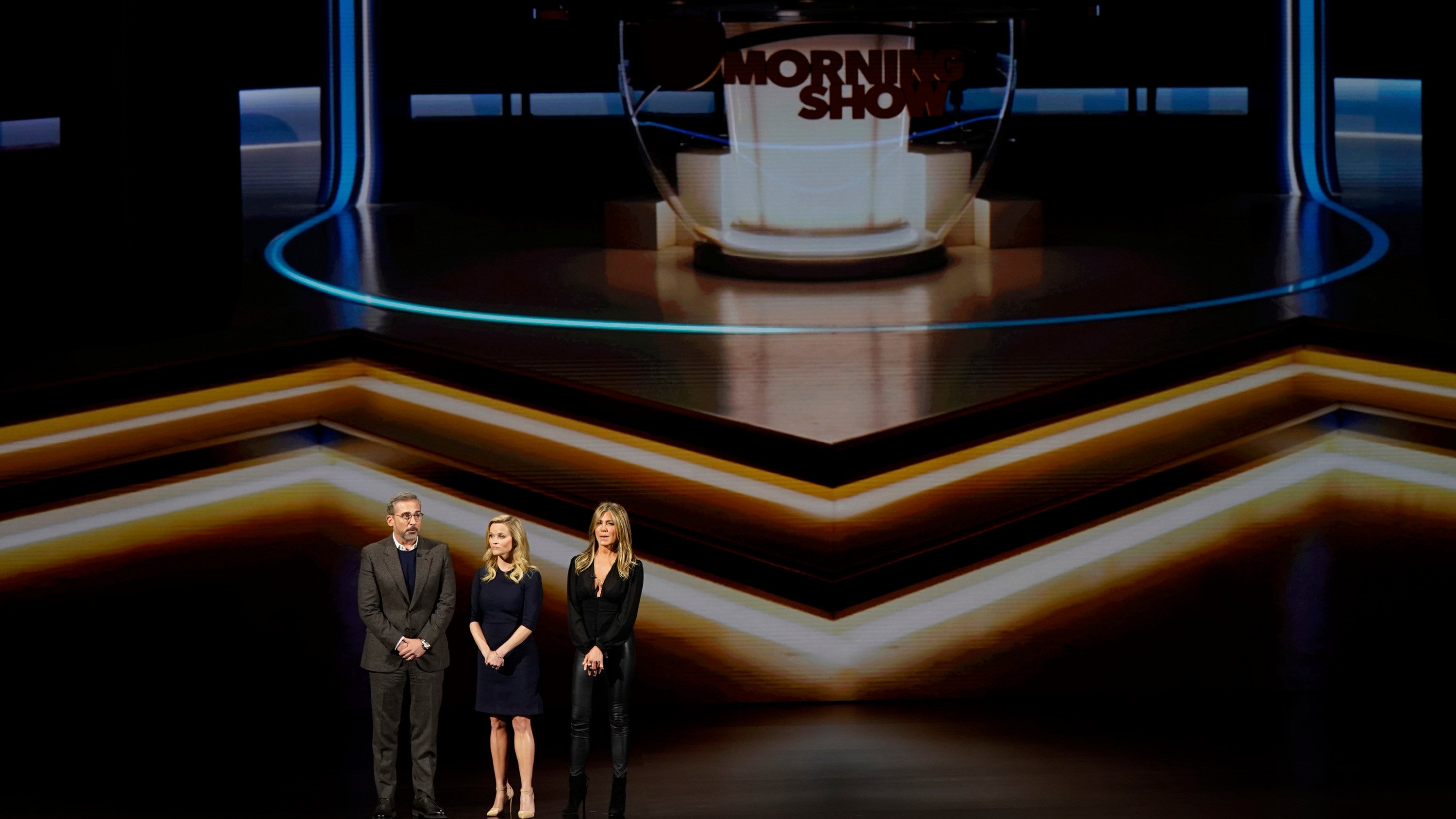 Apple’s budget for its forthcoming streaming service — previously reported to be around $US1 ($1.4) billion, give or take — has exploded to $US6 ($9) billion, according to a Tuesday report in the Financial Times.

“People familiar with the matter” told the paper that executives Jamie Erlicht and Zack Van Amburg, industry veterans in charge of the project, have landed funding commitments in excess of $US6 ($9) billion. That includes “hundreds of millions of dollars alone on a star-studded series featuring Jennifer Aniston, Reese Witherspoon and Steve Carell called The Morning Show,” the Times wrote, which sources said places the amount spent per episode in excess of the $US15 ($22) million per episode HBO dropped on the last season of Game of Thrones. (It seems doubtful that The Morning Show, which looks an awful lot in the vein of notoriously preachy HBO show The Newsroom, will be as popular as Game of Thrones.)

According to the Times, The Morning Show is rivalled only in its budget by science fiction show See, which is apparently about a future where humans have lost their sense of sight. Other major productions in Apple’s lineup include a reboot of a Steven Spielberg sci-fi anthology series called Amazing Stories, a Sesame Street Workshop series called Helpsters which teaches kids to code, an untitled M. Night Shyamalan series, and something from the creators of It’s Always Sunny in Philadelphia.

None of these, with the notable exception of the last, could reasonably described as likely to be “spicy meatballs.” (Apple exec Eddy Cue, prompted to explain what in The Morning Show would be “not appropriate” for an eight-year-old, told British GQ that there might be some swearing.)

According to the Times, Apple was typically cagey when asked for comment.

Apple has not yet revealed pricing or other key details for the TV+ subscription service, but said that new content will be added every month after the service launches in more than 100 countries. Consistent with Apple’s reputation for secrecy with product launches, the company has provided little information about the timing and details of the streaming service, even to the studios whose shows will appear in the new video bundle.

Apple’s splurge has raised the bar for the price of television shows, industry executives say. Apple declined to comment.

A report in Bloomberg on Tuesday, however, indicated that Apple is eyeing a November launch in the U.S. with a monthly subscription cost of $US9.99 ($15), and that there is a high likelihood it will offer free trials.

With the significantly higher production budget, Apple is closing in on or exceeding that of competitors Netflix (reported to be as high as $US15 ($22) billion in 2019), American streaming service Hulu (estimated at around the $US2.5 ($4) billion range in 2018) and Amazon (disclosed at $US1.7 ($2.5) billion for Q1 2019, putting it on track for $US7 ($10) billion annually, but that also includes its budget for music).

Time will tell if Apple TV+ proves to be “expensive NBC,” as some staff concerned about the company’s desire to keep everything family-friendly have reportedly taken to calling it, or whether in its quest to keep the palate as clean as possible Apple will have succeeded in appealing to nobody.