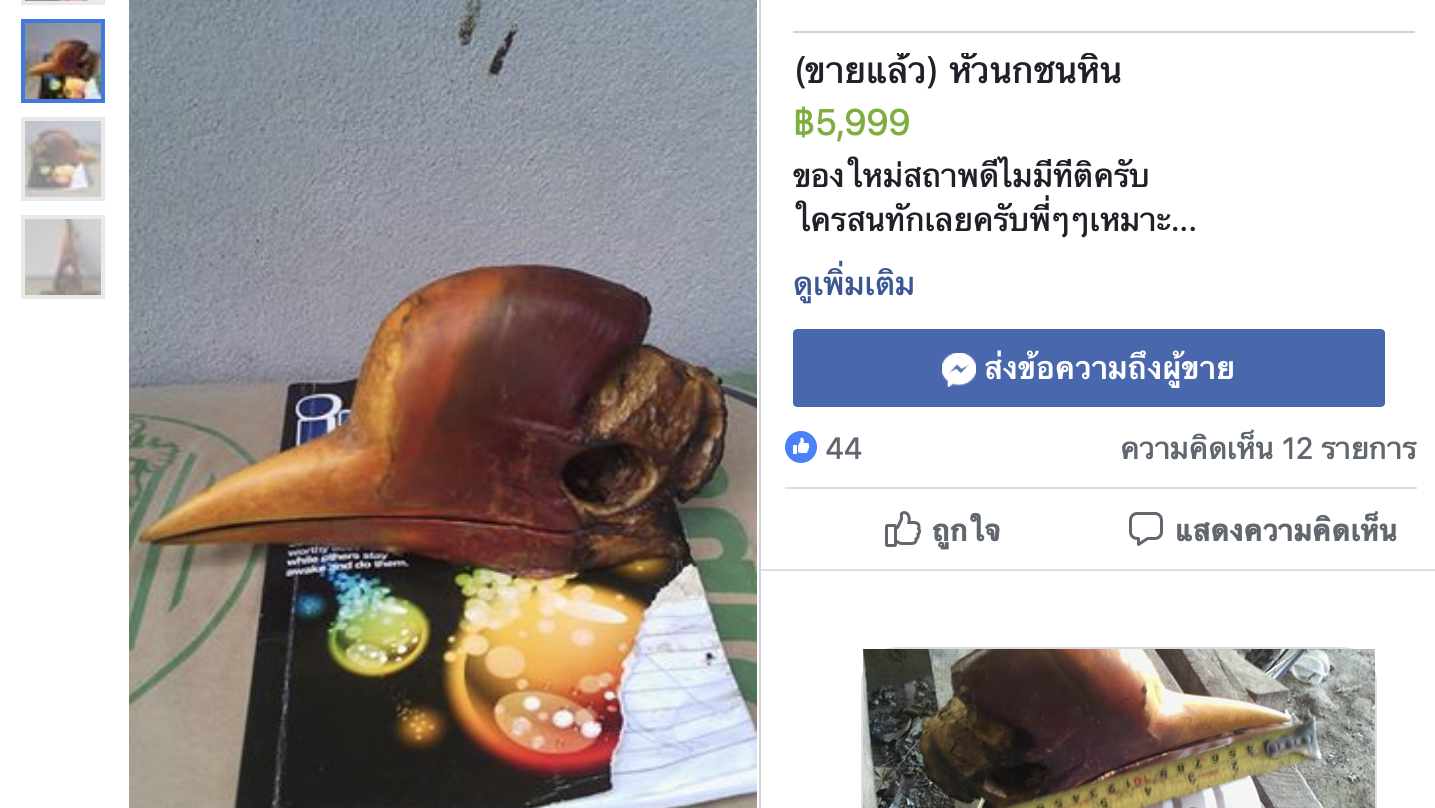 Hundreds of parts of the critically endangered helmeted hornbill appeared for sale on Thai-language Facebook groups, according to a new report.

The helmeted hornbill is a large bird with a yellow, orange and red helmet-like growth on its beak used like elephant ivory is for ornamental purposes. The bird is protected in all five countries it lives in, but poachers continue to kill the birds and sell their bills. A six-month survey by TRAFFIC, the Wildlife Trade Monitoring Network, found 40 Facebook groups where helmeted and other hornbill species’ parts were up for sale. 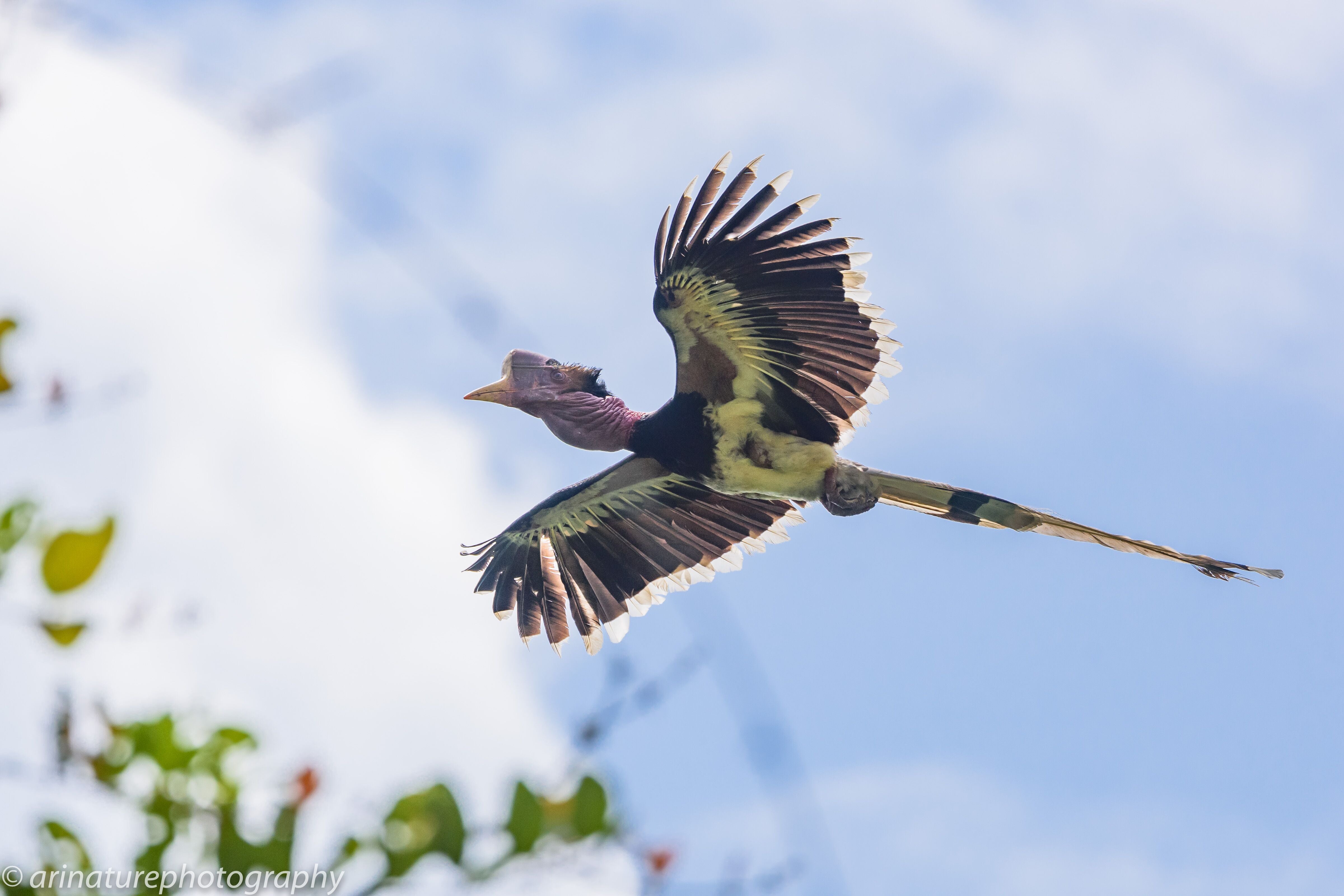 Helmeted hornbills inhabit the tropical forest of Indonesia and the Malay Peninsula. Scientists haven’t surveyed their populations, but estimates based on the density of birds per square kilometre, combined with habitat loss and the number of birds that show up in illegal wildlife trade, have earned it the critically endangered status on the IUCN Red List of Threatened Species.

While hornbill parts don’t often appear in physical shops, according to the report, they appeared all over Facebook. The TRAFFIC survey uncovered at least 236 Facebook posts offering 546 hornbill parts, including 94 entire heads, as well as pieces of jewellery and taxidermy.

The posts comprised mostly helmeted hornbills, but some advertised parts of other hornbill species like the vulnerable great hornbill. Some sellers were based in countries with no hornbills, indicating that at least some of the sellers could have smuggled parts across border, based on their location. 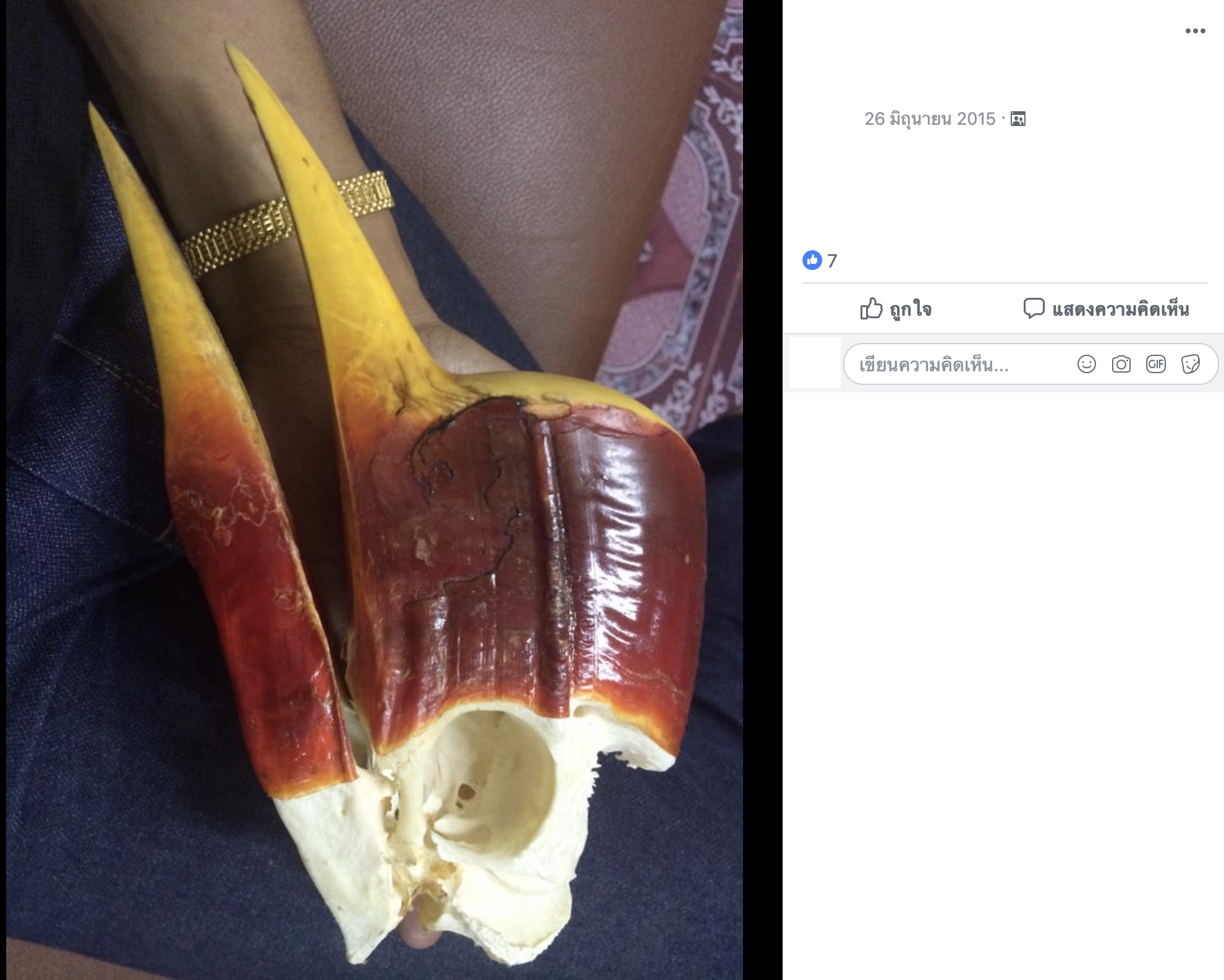 Facebook has since issued a policy that bans wildlife trade on the platform from business that aren’t verified, according to a press release. Since then, 35 of the 40 groups in the TRAFFIC survey are no longer active, though new posts continue to go up in the five remaining groups.

TRAFFIC noted that sellers will often return after a period of downtime, or move to secretive spots online to hawk their products. Facebook has not yet responded to a Gizmodo request for comment, and we will update this post when we hear back.

Wildlife trafficking continues to be an issue pangolins.

TRAFFIC released the report as part of the 18th Conference to the Parties to the Convention on International Trade in Endangered Species of Wild Fauna and Flora currently happening in Geneva, Switzerland.