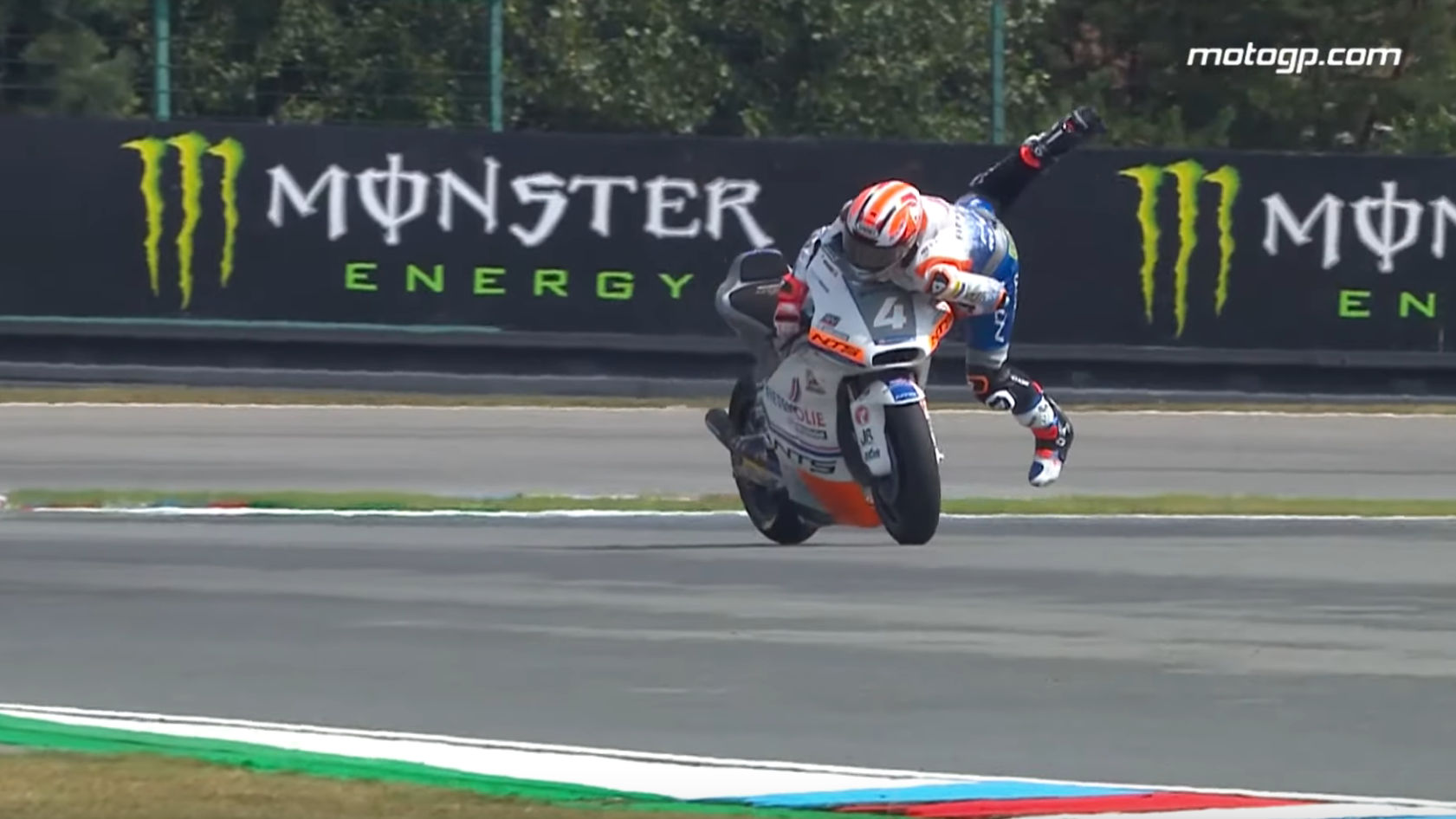 It’s in the nature of a racing motorcycle to try and buck its rider off, and it’s always impressive when a rider manages to hold on for dear life when the going gets really very rough. Science can not explain how Steven Odendaal managed to hold on to his bike during last weekend’s Czech Republic Grand Prix.

Cut to the clip:

The man himself talks us through his quite extraordinary save at Brno, with a handful of Moto2™ stars sharing their thoughts too ????#CzechGP pic.twitter.com/avNK0k1Wd8

You can watch an extended highlight over on the MotoGP YouTube channel if you’d like, as they won’t let me embed it here.

Odendaal claims he “hit a bit of a wet spot” during the Moto2 race after he had already crashed and slid the day before. I honestly wasn’t too impressed until the moment almost his entire body is hanging over the front of the bike and he still manages to keep his grip on the handlebars. It’s not elegant, but it worked.

Odendaal ended up placing 22nd overall in the race, with Alex Marquez taking pole. Alex didn’t get a cool highlight clip of him wiggling through the air, though. Just another trophy to kiss. So who is the real winner?