Amazon Sells Everything, Including Tons Of Unsafe Products: Report 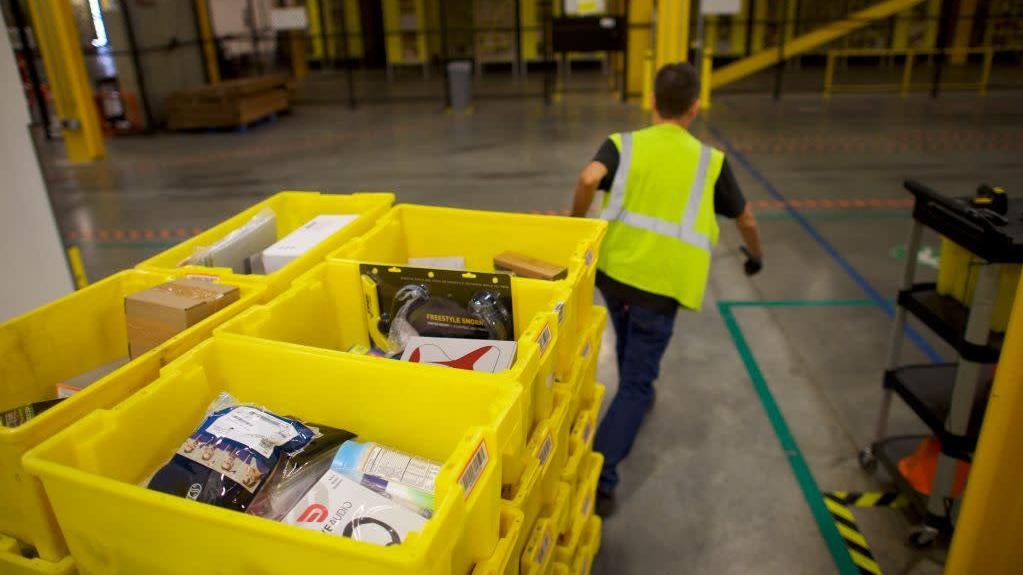 Amazon, as a consumer-facing brand, is one of the most trusted institutions in the U.S. (second only to the military), which drives home how well the company’s e-commerce scheme works. Amazon is not a singular institution. Not really. The overwhelming majority of items for sale on the site aren’t sold by Amazon at all, but by thousands of third-party, often near-anonymous sellers.

And as it happens, many of them are reportedly hawking potentially dangerous products that Amazon itself does a lacklustre job policing.

A Wall Street Journal investigation today found over 4,100 products available on Amazon — a site that accounts for half of all U.S.-based e-commerce — were “declared unsafe by federal agencies, are deceptively labelled or are banned by federal regulators.” Among these were over 150 products Amazon claimed to have already banned but were purchasable anyway and a children’s toy containing an unsafe quantity of lead. Nearly half were allegedly stored within Amazon’s own warehouses.

The dangers of potentially giving a kid lead poisoning are self-evident, but as Amazon is flooded with crap products, a number of less obvious dangers arise. The Journal used the example of Albert Stokes, who purchased a supposedly U.S. Transportation of Department-certified motorcycle helmet on the site. He was struck and killed by a pickup truck in 2014. The DoT recalled the helmet last month and declared it non-compliant, though it remained available for sale on Amazon until recently. The company reportedly settled with Stokes’ mother for $US5,000 ($7,420), admitting no fault.

Had a physical retail store continued to stock this particular helmet, it’s likely it would have been found liable. But, similar to other tech companies, Amazon has long relied on its status as a platform to insulate it from wrongdoing, claiming to merely facilitate the vast majority of transactions rather than bear individual responsibility for what’s sold — despite earning a commission on those transactions.

Legally, rulings have long been in Amazon’s favour too, though recently the tide has begun to turn. A 3rd Circuit Court of Appeals ruling this past July found that Amazon could be held liable for sales of defective products. (The case, which pertains to a customer who was blinded in one eye by an allegedly faulty dog leash, will be decided in a lower U.S. court.)

The 6th Circuit Court of Appeals also greenlit a suit involving a hoverboard purchased through Amazon which caught fire, forcing two children to escape their burning home by jumping from a second-story window before the blaze destroyed “all of their possessions,” according to the Associated Press. The Supreme Court of Ohio likewise decided this week to review a wrongful death suit concerning a teenager who died after ingesting pre-workout caffeine powder, again, purchased through Amazon.

In response to the Journal’s findings, Amazon drafted a blog post addressing the safety measures it currently has in place to prevent these sorts of products from reaching consumers. “We invest significant resources to protect our customers and have built robust programs designed to ensure products offered for sale in our store are safe and compliant,” the company wrote. After being alerted to the myriad items at issue, a little over half “had their wording altered or were taken down,” according to the Journal.