Yo, Look At This Huge Cactus That Just Completely Impaled A Car 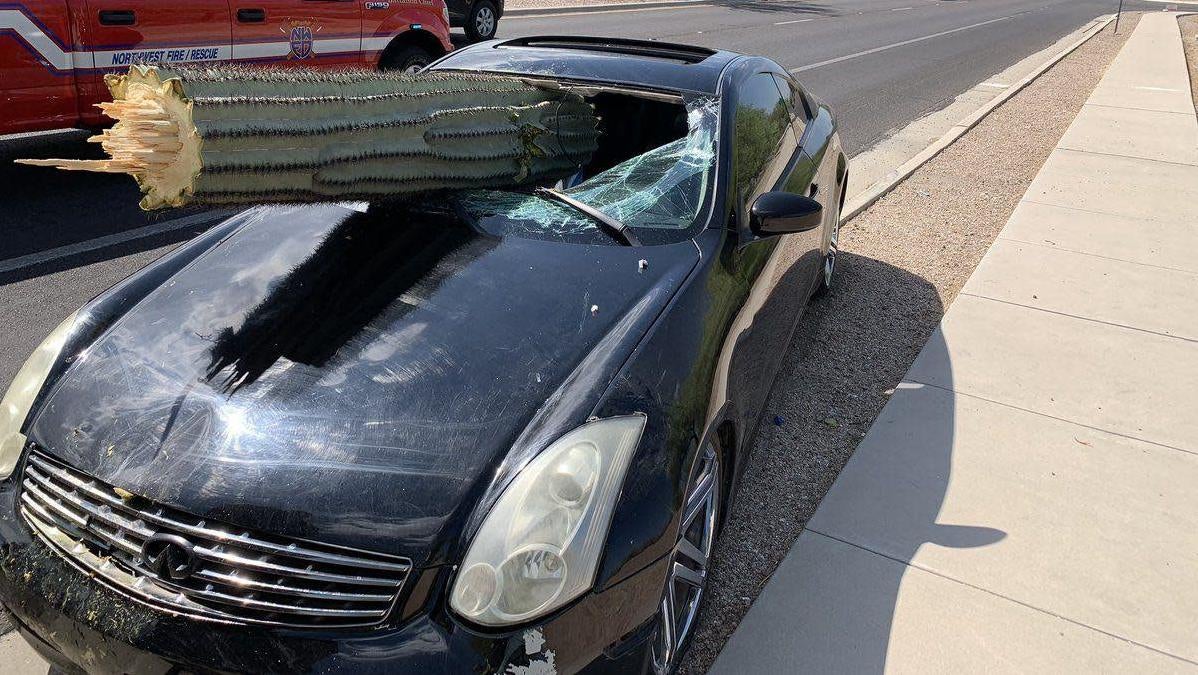 Somewhere deep in the recesses of my mind I have always felt safe from the aggressively prickly presence of a cactus in a car. I’m in here, and it is out there, and between is us is metal and plastic and glass that will act as a shield to protect me. Well, reader, apparently not!

According to the Arizona Daily Star, an Infiniti G35 coupe hit a saguaro cactus this morning and things did not go well! Here’s a photo from the local fire department:

Firefighters responded to this auto accident this morning at approximately 9:30 AM. Miraculously, no injuries were reported. pic.twitter.com/yOuSYsW2te

I always just assumed cacti were just, like, towers of weird jelly, or hollow, or something. Apparently they are very dense, and very heavy, and very dangerous. The spikes coming out of the bottom of that saguaro look like a damn tree painted to look like a cactus!

Despite what’s reported in that Northwest Fire tweet, the driver apparently suffered minor injuries and showed signs of impairment, so they’ve been detained by the police.

I even lived in Tucson once. Apparently I never respected or appropriately feared the true power of a cactus. I will now, and forever.