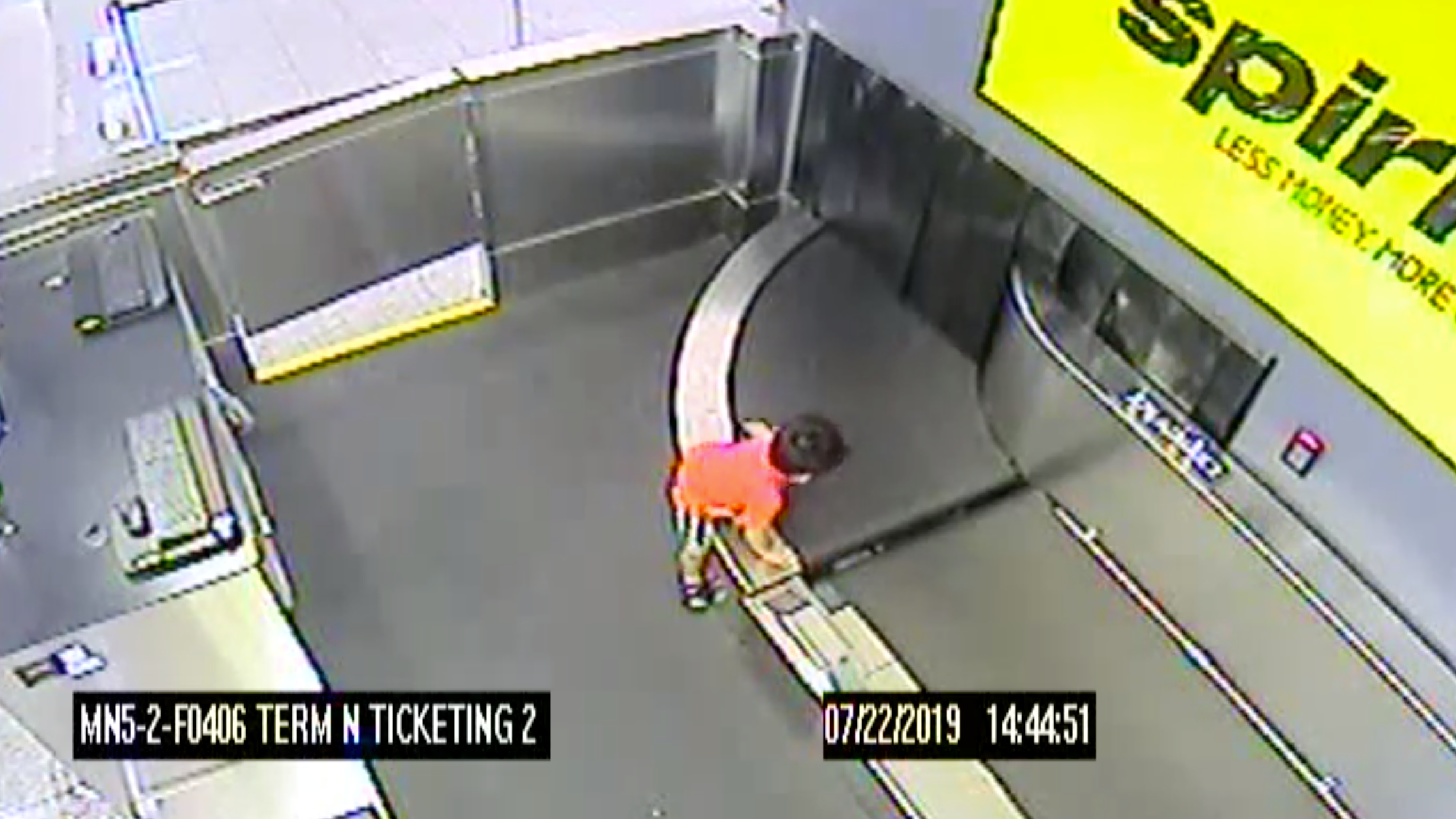 A 2-year-old boy made a harrowing journey through the baggage bowels of an Atlanta airport after climbing onto a conveyor belt at an unattended ticket counter while his mother reportedly wasn’t looking.

In surveillance footage of the incident shared with Gizmodo by Hartsfield-Jackson Atlanta International Airport, the toddler can be seen entering the area behind the Spirit Airlines ticket counter at the airport. He is then shown approaching the baggage conveyor belt before climbing on top of it and disappearing into the area reserved for luggage.

Spirit staff soon after can be seen in the footage appearing to search for the child while a woman in distress looks on.

NBC News cited the child’s mother as telling the police that she looked away from her son — who can be seen in an orange t-shirt in the security footage — for just a moment as she was printing her ticket at a kiosk when he disappeared.

In additional footage from different angles and locations in the baggage area, the boy can be seen struggling as he’s sucked through the belt system before ultimately being noticed by Transportation Security Administration officials. Multiple people can be seen racing to the child after he is spotted on the belt.

According to the airport, the boy was taken to a local hospital for “observation and treatment.” An investigation into the incident is underway and is being assisted by the TSA, the airport said in a statement by email.

“Officers with Atlanta Police and Atlanta Fire and Rescue responded to an incident at Hartsfield-Jackson Atlanta International Airport yesterday afternoon involving a small child who accessed the automated baggage screening system via the Spirit Airlines ticket counter,” the airport said.

When reached for comment by email, a spokesperson for Spirit Airlines said that the ticket counter by which the boy was able to gain access to the moving baggage conveyor belt “was not staffed or open at the time.”

The airline said the child “sustained some injuries,” which according to the police report obtained by NBC News included a “severely swollen and bruised” right hand. The boy is reportedly expected to be fine.

“We are currently working with TSA and airport officials to ensure all protocol was followed,” the Spirit Airlines spokesperson said in a statement. “We wish the child the best in their recovery.”