Twitter Went Down This Morning, Which Must Be Why Nobody Liked My Sick Tweets 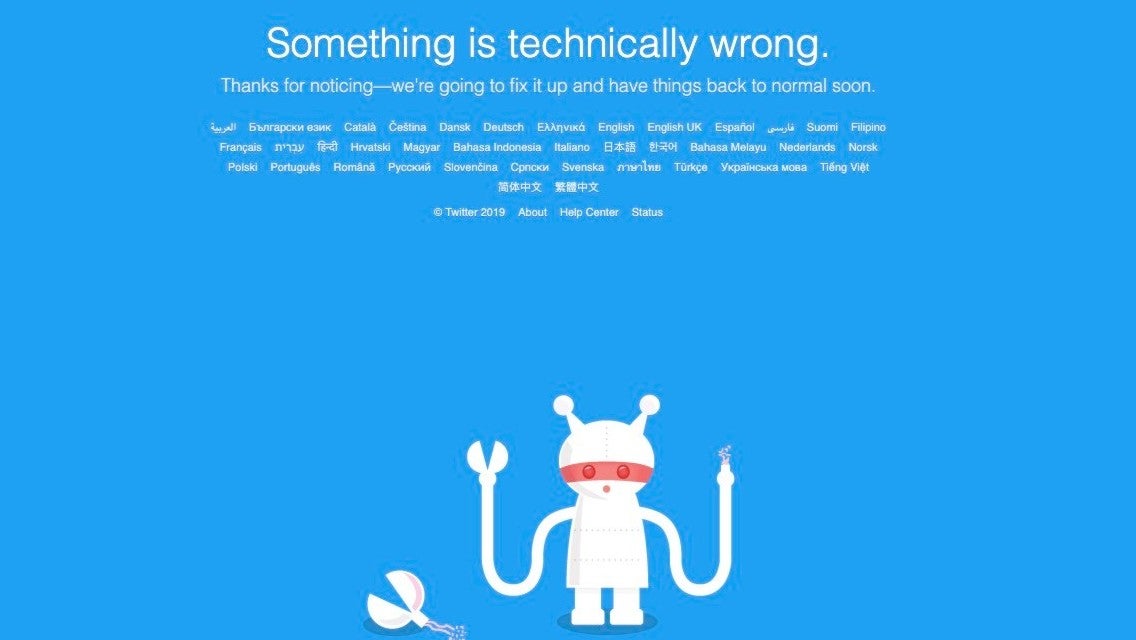 Continuing the summer of site outages… Twitter went down this morning. Both the mobile and web-based versions of Twitter failed to load tweets, or even show like and retweet notifications.

As we noted yesterday when Reddit went down, outages like this have been annoyingly frequent in recent weeks. Major web services and sites have been crashing regularly since June. Google, Facebook, Reddit and even Down Detector have all taken their own little holidays.

By around 6:14am AEST, Twitter returned for many users. On its status page, Twitter attributed the outage to “an internal configuration change” that it is currently fixing.

We’ve reached out to Twitter for comment on the outage and will update this story when we hear back.