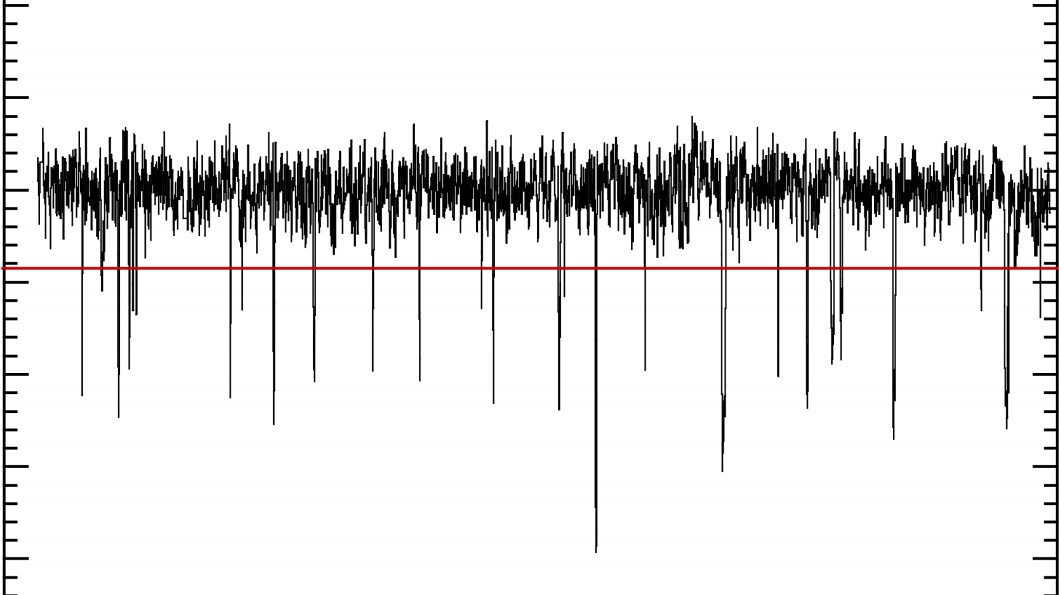 What is going on with this strange, winking star?

Typically, if the planet-hunting Kepler telescope saw a regularly dimming star, that would signal the presence of an exoplanet periodically passing between the star and Earth. But researchers identified a star called EPIC 249706694 (HD 139139) that seems to dim at random, and the team hasn’t been able to come up with an explanation for the weird observation, according a new paper.

The Kepler/K2 mission was a spacefaring telescope, decommissioned last year, that discovered nearly 2,700 exoplanets by observing hundreds of thousands of stars in search of a telltale regular dimming. But irregular dimming is harder to explain, and perhaps the source of more interesting and mysterious science.

A team of researchers from the United States, Denmark, and the United Kingdom set out to find these strange objects by sifting through the data. Observations of the stars around the constellation Scorpious from August 23 to November 20 of 2017 revealed such an anomaly: EPIC 249706694.

This star’s light curve, the plot of its brightness over time, contained dips as if a planet were passing in front of it. But these dips, 28 during the 87-day observation, “could just have well been produced by a random number generator,” according to the paper slated for publication in the Monthly Notices of the Royal Astronomical Society. The researchers performed multiple tests to confirm that the dips were coming from something in space, rather than some other potential source of error. Their follow-up observations also demonstrated that another star near their target star appears to be gravitationally bound to the first.

So, what could be happening here? Based on how frequently planets orbit stars and the spacing between planets, the researchers guessed that only 13 of the dips could have come from regularly orbiting planets. The researchers also ruled out the possibility that planets were orbiting both this star as well as a nearby star. Maybe there are closely packed planets exhibiting enormous gravitational pull on one another, generating the sequence of dips—also an unlikely possibility. Other options included dusty planets close to the star, a lot of eerily similar dust-emitting asteroids, other strange orbital scenarios, or even short-lived changes in brightness from starspots—like sunspots, but on this distant star.

They do not consider aliens despite, in my opinion, aliens being a perfectly reasonable option to consider.

None of these options are “entirely satisfactory,” according to the paper. The astronomers hope that now that they’ve published their research on the star, others will follow up with additional studies to help them come up with new ideas.