The New York Subway Is Afraid Of The Humble Vulva 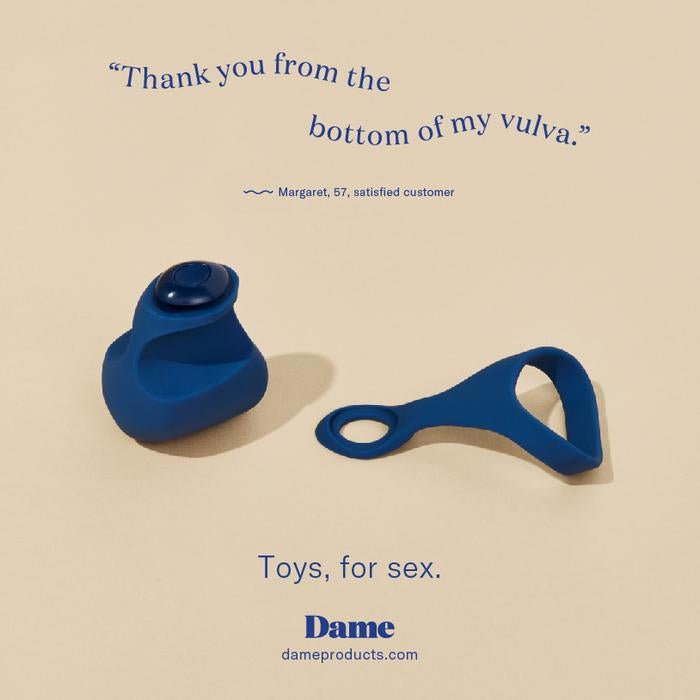 A startup focused on sexual wellness is suing the New York public transit system after its sex toy ad campaign was rejected. The company, Dame Labs, includes a pretty exhaustive list of other sexually-oriented advertisements that the MTA has run, including erectile dysfunction medication, condoms, women’s libido medication, dating apps, and the Museum of Sex.

“By banning Dame’s advertisements, the MTA is telling the women of New York City that it does not care about their sexual health, well-being, and pleasure,” according to the complaint, which was filed on Tuesday.

In the complaint, Dame states that the company submitted multiple ads to the MTA for consideration for an ad campaign in July of last year, and was subsequently strung along for several months, asked to tweak their ads to be less sexually suggestive, only to ultimately have their campaign rejected.

The company is suing the transit system for violating the first amendment and fourteenth amendment (both for an unconstitutionally vague regulation and an equal protection violation), as well as for a violation of freedom of speech, according to the complaint.

“Advertisements are hugely influential on our culture,” Dame wrote in a blog announcing its lawsuit against the MTA, “and have the potential to bring sexual wellness tools out of the shadows and into our lives.”

The MTA is not the first, and probably won’t be the last, organisation to seemingly view messages of sexual empowerment for women as somehow too scandalous to advertise. And by still allowing other sexually-oriented businesses, though ones that aren’t as explicit about catering to someone with a vulva, to market their products, it also perpetuates the ill-considered misconception that a woman getting off is a reality that should be publicly suppressed, rather than inclusively acknowledged. Or, even, tastefully celebrated in an ad campaign.

“The fact that companies advertising erectile dysfunction medications can advertise and yet we’ve been deemed too sexual points to a clear gender bias and censorship from the MTA, which we believe is part of a larger cultural inability to openly and safely discuss women’s sexuality,” Dame co-founder Alex Fine told W Magazine.

“While we tried to work together with the MTA to make a change, our efforts ultimately proved futile. We’re doing this to take a stand not only for Dame Products, but for all other businesses aiming to reach vulva-owners that have been muted.”