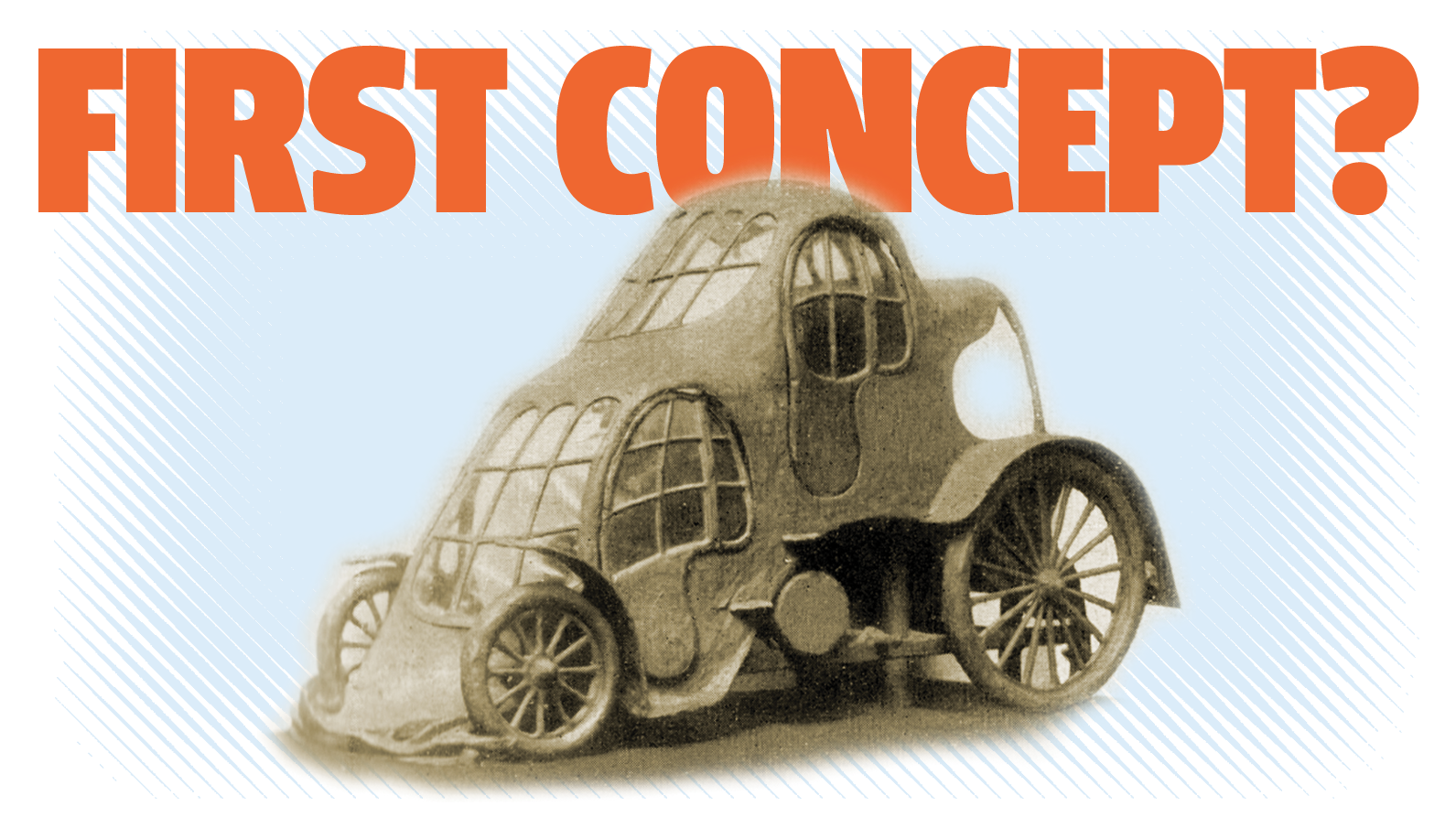 If you were to approach a random stranger on the street, seize them by the shirt (or bib overalls, necktie, spaghetti straps, ascot, whatever) and demand they tell you what the first ever concept car was, chances are they’ll bark out “Y-Job! The 1938 Buick Y-Job!” before quickly attempting to lean in for a kiss. What you do then is your call, but I need to make one thing clear: that’s not exactly true. There was actually an earlier concept car, 43 years before the Y-Job. Sorta.


I’ll lay out the qualifiers first: this 1895 concept car was never actually built, at least beyond the small model stage, where the Y-Job was a full-scale, fully realised car.

But, many cars we accept as valid concept cars are not really fully-running cars at all, and I think you could argue that the key part of a concept car is just that, the concept. 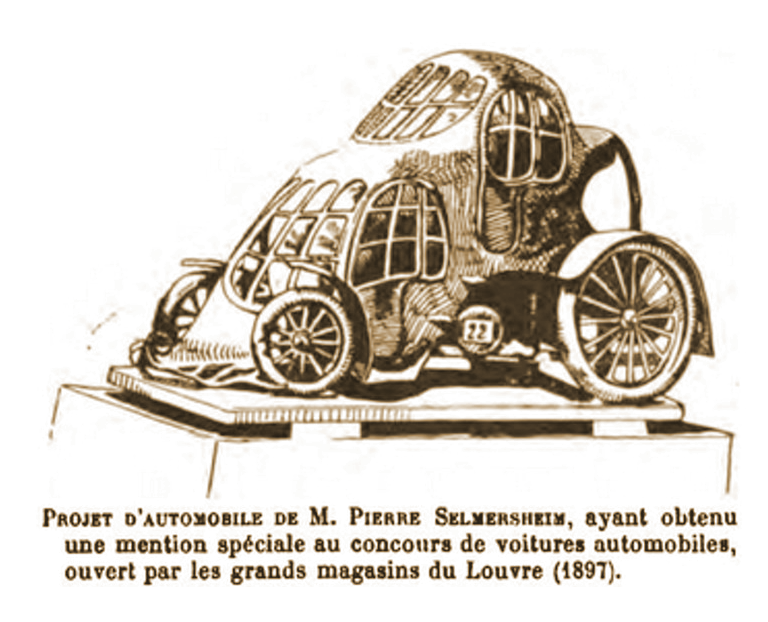 If we think of it that way, as a car designed to push boundaries and try out bold new ideas in design and technology, then I think we can safely say that this model of a car, Pierre Selmersheim’s 1895 (some sources list 1896 or even 1897) winning entry in a competition held by the Parisian department store Le Louvre, was the first real concept car.

Even during this relatively early stage of the automobile’s entry into mainstream society, everyone was already a cranky-arse critic. The general Parisian consensus seemed to be that automotive design was lacking, and as one article puts it, people were “upset by their ‘hideous forms’”. Damn. 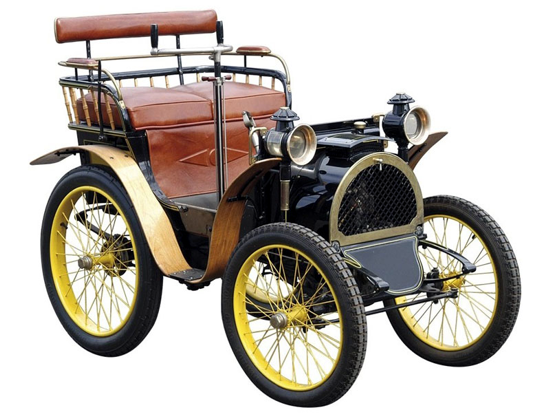 I mean, sure, that Renault Type A up there looks kind of surprised, but I wouldn’t call it hideous.

To address this, the Magasins due Louvre (also called Le Louvre) department store set up their contest to see who could design the best-looking, most up-to-date car.

The results must not have been particularly good, because the jury of the competition declined to award any entry one of the three medals they had planned, and instead provided just one monetary prize of 500 francs, which was awarded to Selmersheim for his wax, cardboard, and glass model of his concept car.

Here’s what that jury had to say about the car:

“The jury was happy to offer a prize of 500 francs to model No. 22. One feels that this kind of projectile or moving catapult, fashioned to cleave the air, is quite ready and able to devour space. Placed high, like the watch officer on the bridge of his ship, the driver is not distracted by the conversation of the passengers.

If the originator of this project had given his imagination free rein (!), however lacking in poetry his conception may be, there is no doubt that this truly talented artist would have been rewarded with a medal. He is the only one who has manifested a half-hearted desire to leave the beaten track to which we are confined and break old molds.”

Considering that’s what they had to say about the one entry they liked, it’s safe to say that jury must have been staffed with some tough old bastards.

They do sort of have a point, as these seem to have been some of the other entries:

Yeah, those aren’t great. They just look like carriages all slathered in ornate frippery and the occasional animal. 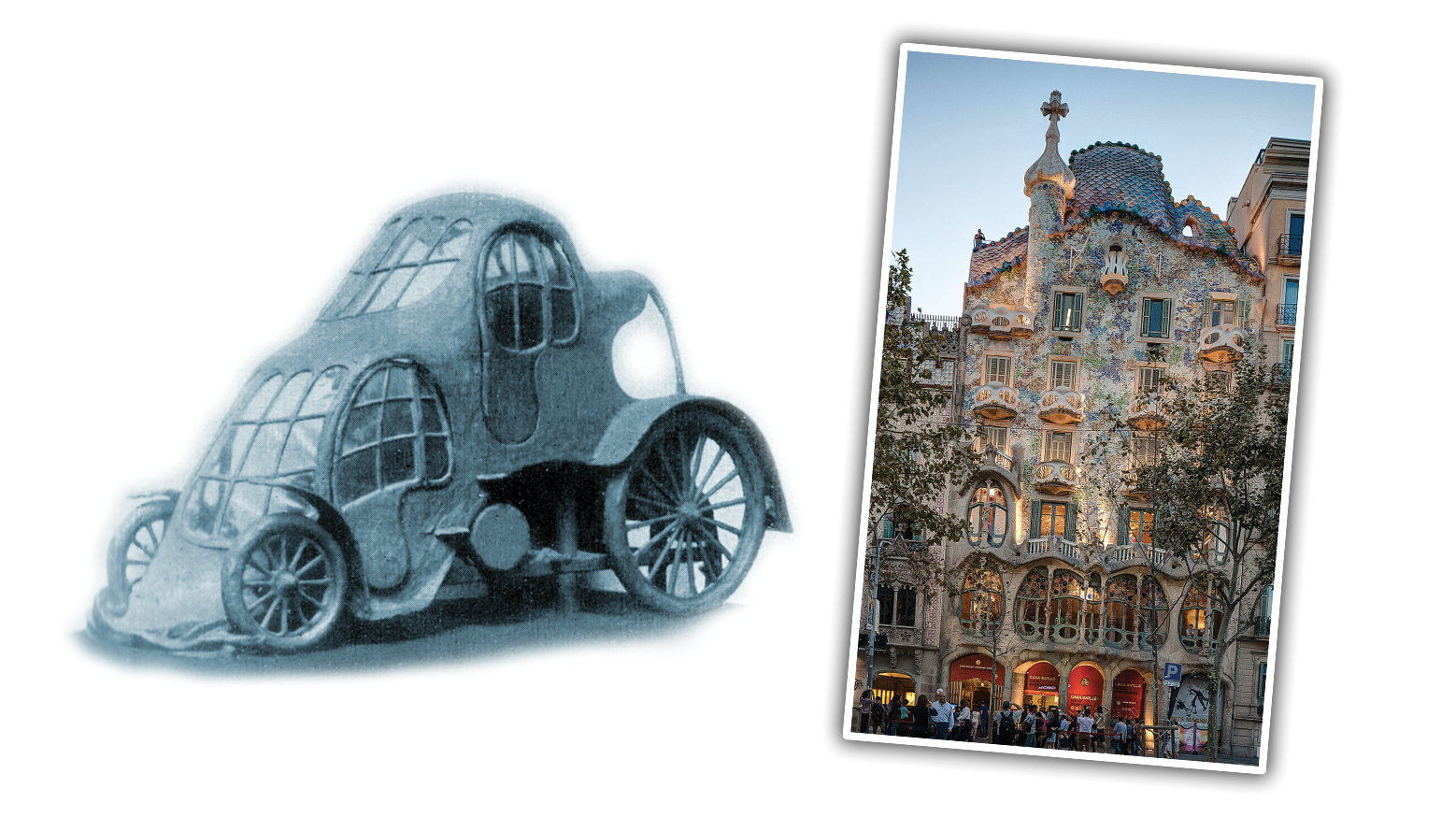 But Selmersheim’s design is different. It’s quite on the cutting edge of design of that era, incorporating the sort of strange, almost biological-inspired shapes and curved, bulbous forms that would later be seen in the ‘Naturalist period’ architecture of Antoni Gaudí.

Unlike most cars of the era, Selmersheim’s design incorporates a full-enclosed body with a sort-of streamlined form. The car appears to be mid-engined, with the engine housed behind the lower front section and under the higher rear section.

It sports larger wheels at the rear, prefiguring dragsters to come much later, and what sort of looks like a front air dam. That dam is very low to the ground, something very unlike cars of that era, which tended to have a lot of ground clearance for the poor road conditions of the time.

There’s no question that Selmersheim’s entry was incredibly futuristic for the era. I’m going to disagree with those long-dead French judges: I think the car is a remarkably forward-looking design that’s still just plausible enough to have been built even back then.

I’d have given the guy the medal.