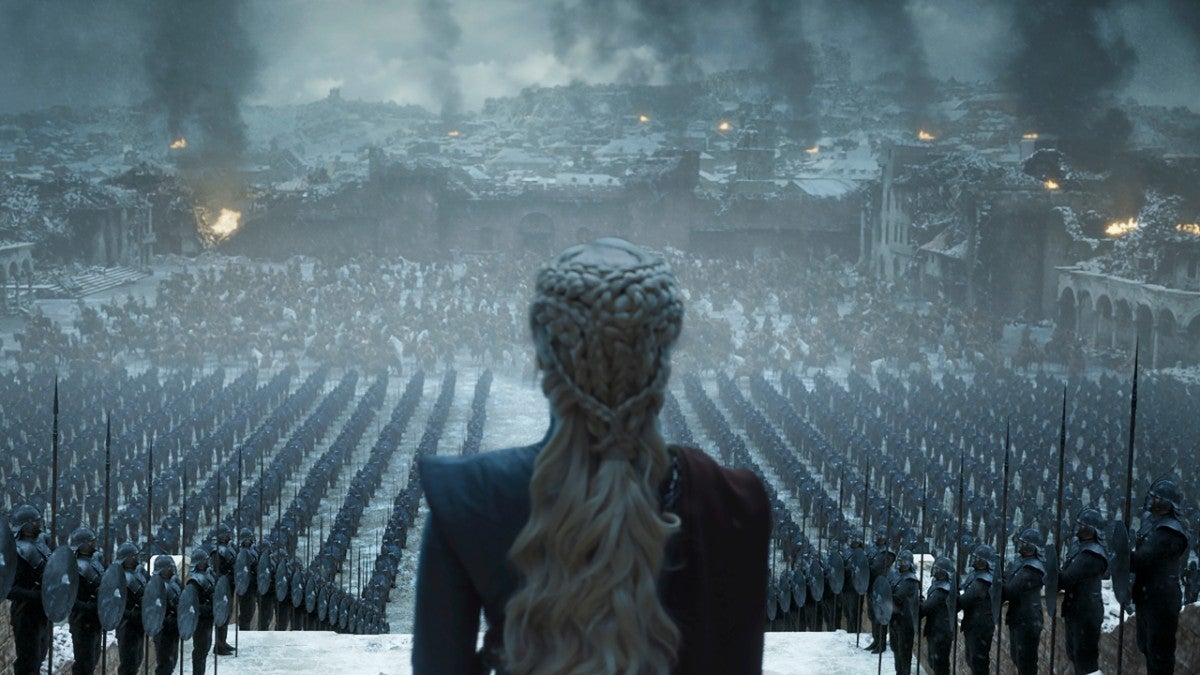 Daenerys’ attack on King’s Landing wasn’t the only secret this season. (Photo: HBO)

The season eight finale wasn’t the end of the story for Game of Thrones. HBO followed up the ending with The Last Watch, a documentary that focused on the people working behind the scenes to bring Westeros to life. Now, the director is shining a new light on the creation of the documentary, including how hard she worked to keep it a secret.

In an interview with NME, director Jeanie Finlay shared more about the creation of The Last Watch, the surprise documentary that took fans behind the making of the eighth and final season of Game of Thrones. The documentary was largely celebrated—in spite of the divisive final season—for how it celebrated the series’ unsung heroes and helped viewers understand more of the work that goes into making a series like this.

“A lot of people have got in touch on social media to say thank you for The Last Watch and for helping them to say goodbye, and that they didn’t realise it was so much work. I think it is good to show the blood sweat and tears of it,” she said.

Finlay was there through every step of the journey: the building of the sets, the final script readings, the cold nights during the Battle of Winterfell. Of course, all of it was kept super hush-hush, and she revealed how deep the secret got. For example, Finlay had access to all the scripts, when many others only got pieces of it (like Game of Thrones’ language creator, David J. Peterson, who told io9 in a previous interview he was only given the exact lines of dialogue he needed to translate). She even had the scripts before some of the actors!

“I had the scripts before some of the cast had read it,” she said. “I was really glad there were no leaks because of me. But also the idea that HBO wanted to keep the existence of the documentary a secret, and so I edited at home in Nottingham, and everyone who touched the production had to sign an NDA. The guys from HBO came and secured my office, my daughter was an extra and managed to not tell her friends.”

When asked about the less-than-perfect reception to the final season of Game of Thrones, Finlay said she understands it because it shows how much the fans care. “It’s hard to say goodbye,” Finlay said. “If you love something it’s hard to let go, and sometimes you’re meanest to the person you love the most.”