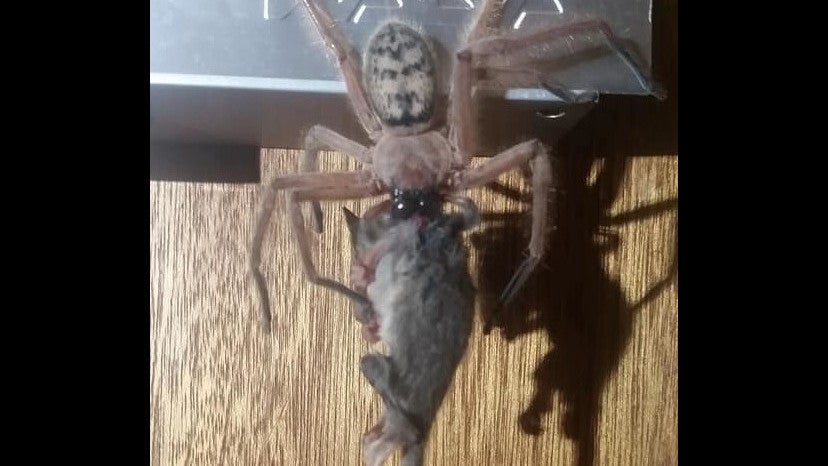 That’s a photo of a huntsman spider eating a pygmy possum. Yikes!

A woman named Justine Latton posted this photo in a public Facebook group dedicated to discussing the invertebrates inhabiting the Australian island of Tasmania. Her husband, Adam, spotted the brutal meal at a ski lodge in the island’s Mount Field National Park a few weeks ago, she explained to Gizmodo in a Facebook message.

“Pygmy possums are quite common up there,” Latton said. “We reckon the spider probably just saw an opportunity and went for it!” 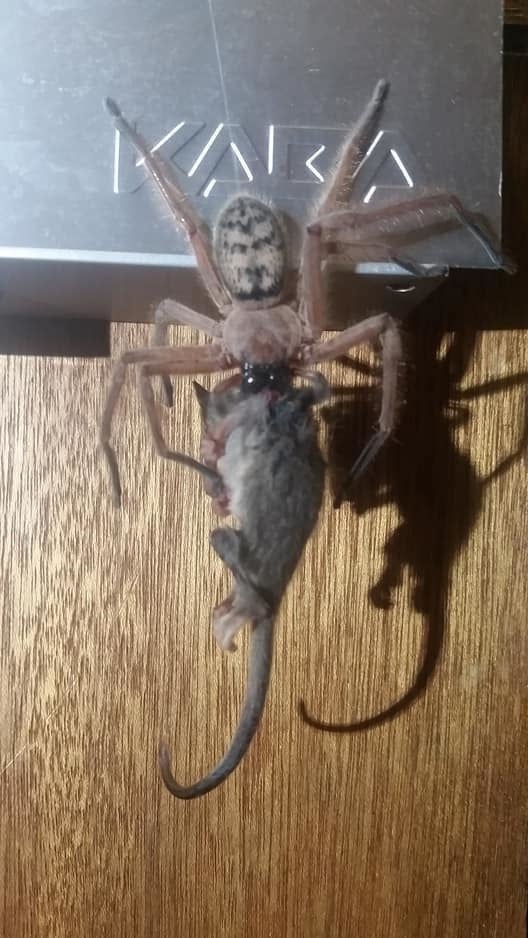 Huntsman spiders are large arachnids named for the way they actively hunt for their prey. They typically feed on invertebrates and sometimes larger animals like lizards.

Pygmy possums are nocturnal, mouse-sized marsupials found in Oceania. Though it’s not clear which species of pygmy possum we’re looking at here (I’ve reached out to experts for help identifying it), the island has two species, the Eastern pygmy possum and the Tasmanian pygmy possum.

The latter is the smallest possum in the world. Also, as a note to American readers, possums are a family of animals only distantly related to the Western Hemisphere opossums, and are in fact named due to their resemblance to our opossums.

Spiders eating small mammals isn’t a common event, but it happens. One recent study documented 15 cases of arthropods eating vertebrates in the Amazon, including frogs, lizards, snakes, and a mouse opossum.

Gizmodo writer Matt Novak tells me that I should remind readers that not all Australian creatures are scary; some are quite cute. However, we all know that the continent is loaded with deadly snakes, octopuses with enough poison to kill humans, nightmare-inducing spiders, and bees that are even scarier than the spiders.

So it should surprise no one that the country also produced a possum-eating spider inside of a ski lodge. Ultimately, visitors caught and released the pair, Latton explained, “But no spiders were harmed in the relocation effort (too late for the possum).”