‘Robots’ Are Not ‘Coming For Your Job’, Management Is 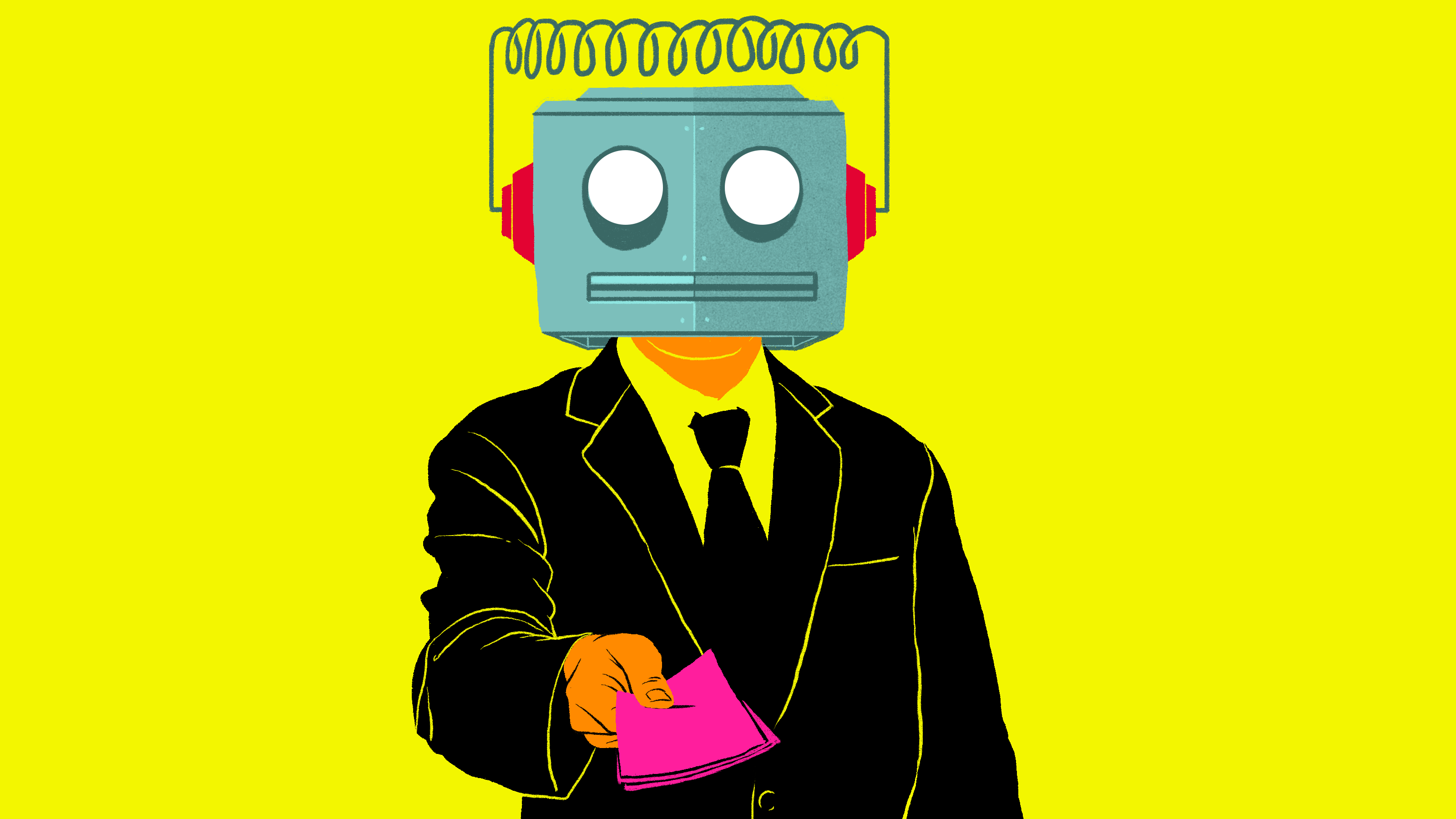 Nor are ‘robots’ gathered in the back of a warehouse somewhere conspiring to take human jobs en masse. A robot is not ‘coming for’, or ‘stealing’ or ‘killing’ or ‘threatening’ to take away your job. Management is.

And yet, here’s a quick sampling of headlines from some prominent media outlets:

The list goes on and on, and on and on—most major outlets have run multiple stories that embrace this framing, and it seems that you cannot exist as an accredited general interest news organisation without publishing at least one story framed around the robots’ incipient arrival. Hell, I’ve done it myself; it’s a convenient, faintly ominous, and click-generating shorthand for referring to the phenomenon of automation in the workplace. We’ve all been taught to use this framing, and my aim is not to lambast anyone for repeating it. My aim is to end it.

At first glance, this might like a nitpicky semantic complaint, but I assure you it’s not—this phrasing helps, and has historically helped, mask the agency behind the *decision* to automate jobs. And this decision is not made by ‘robots,’ but management. It is a decision most often made with the intention of saving a company or institution money by reducing human labour costs (though it is also made in the interests of bolstering efficiency and improving operations and safety). It is a human decision that ultimately eliminates the job.

But if the robots are simply “coming,” if they just show up and relieve a helpless lot of humans of their livelihoods, then no one is to blame for this techno-elemental phenomenon, and little is to be done about it beyond bracing for impact. Not the executives swayed by consulting firms who insist the future is in AI customer service bots, or the managers who see an opportunity to improve profit margins by adopting automated kiosks that edge out cashiers, or the shipping conglomerate bosses who decide to replace dockworkers with a fleet of automated trucks.

These individuals may feel as if they have no choice, with shareholders and boards and bosses of their own to answer to, and an economic system that incentivizes the making of these decisions—and sometimes the technology will perform obviously superior work to the human—but they are exactly that: decisions, made by people, to call in or build the job-threatening robots. Pretending otherwise, that robots in every use case are inevitable, is the very worst form of technological determinism, and leads to a dearth in critical thinking about when and how automation *is* best implemented.

Because even the most ardent robot lovers will agree, there are plenty of cases of badly deployed automation; systems that make our lives worse and more inefficient, and that kill jobs en route to worse outcomes. (I call this shitty automation, and from where I’m sitting, it’s abundant.) And such automated regression is often implemented under the logic of ‘robots are coming,’ so better hop aboard. We will be able to make better decisions about embracing effective automation if we understand that, in practice, ‘the robots are coming for our jobs’ usually means something more like ‘a CEO wants to cut his operating budget by 15 per cent and was just pitched on enterprise software that promises to do the work currently done by thirty employees in accounts payable.’

Now, I really can’t say for certain why I finally reached my breaking point now, after spending many months buried in dozens, probably hundreds of think tank white papers, news articles, and ‘thought leader’ op-eds that concerned themselves with the rearing specter of automation, so so many of which repeat the nearly-identically worded conclusion. But I did.

The blog that broke the camel’s back was a piece written by Wall Street Journal “Leadership Expert” Mark Muro, who is also a senior fellow at the Brookings Institute and the author of a recent survey of how automation will impact various U.S. regions and demographics. It is as fine an example of how and why this trend gets perpetuated as any. Muro begins his article, “The Workers Who Are Most Likely to Lose Their Jobs to Robots,” with the following sentence: “Factory workers and truck drivers have been the faces of the nation’s automation fears to date. And with good reason: Each occupation is a mainstay of middle-aged male work and genuinely threatened by robots or artificial intelligence.”

Right off the bat, there are not one but two instances of these incredibly proactive robots threatening human workers’ jobs, and nowhere is there any reference to how those robots might have gotten there in the first place. It’s surely more convenient, especially if your institute receives funding from organisations like the Ford Foundation and the Walton Family Foundation, each of which are attached to companies whose executives are in the process of automating their workforce, to say truck drivers and factory workers “are threatened by robots” without deigning to say thanks to whom.

I don’t mean to pick on Mr. Muro, because, again, this is par for the course in a conversation that has been shaped by businesses, business-friendly think tanks, and economic development agencies. To wit: The World Economic Forum uses the exact same language, as does the World Bank, and the IMF. These groups, which do warn of the nebulous dangers of automation, are united in the shallowness of their proposed solutions, which largely hinge on emphasising the importance of better education and calling on small amounts of government support for retraining programs and worker assistance. This automator-friendly passivity, in turn, has found a happy synchronicity in the media’s penchant for dramatizing science fiction tropes apparently come to life, and voilà—the robots are coming. The robots are coming.

Even more astute critics, like Democratic presidential candidate Andrew Yang, who has built his longshot campaign on addressing automation, are apt to slip into the too-simple framing.

Will robots take our children's jobs? https://t.co/mRxTsUfAUY. Answer: yes for a lot of them

But we need to wake up. This is not a faceless phenomenon of inexorably improving technology that we all must submit to. This is, quite often and quite simply, rich business owners and the executive classes locating new ways to make themselves richer.

As the New York Times’ Kevin Roose reported from Davos, the world’s business leaders are rather eager to implement automation—they see those robots as a chief means of staying ahead of the competition, of improving profit margins, of cutting costs. Thus, they have decided to buy and build more robots that, yes, will put people out of work. It could be said, without much exaggeration, that, far from spontaneously swarming to the factory floor, the robot armies that “are coming for your jobs” are in fact largely organised by the kind of elites who go to Davos.

Letting an ambiguous conception of ‘robots’ instead shoulder the blame lets the managerial class evade scrutiny for how it deploys automation, shuts down meaningful discussion about the actual contours of the phenomenon, and prevents us from challenging the march of this manifest robodestiny when it should be challenged. So let’s get it straight.

Robots are not threatening your job. Business-to-business salesmen promising automation solutions to executives are threatening your job. Robots are not killing jobs. The managers who see a cost benefit to replacing a human role with an algorithmic one and choose to make the switch are killing jobs. Robots are not coming for your job. The CEOs who see an opportunity to reap greater profits in machines that will make back their investment in three point seven years and send the savings upstream—they’re the ones coming for your job.