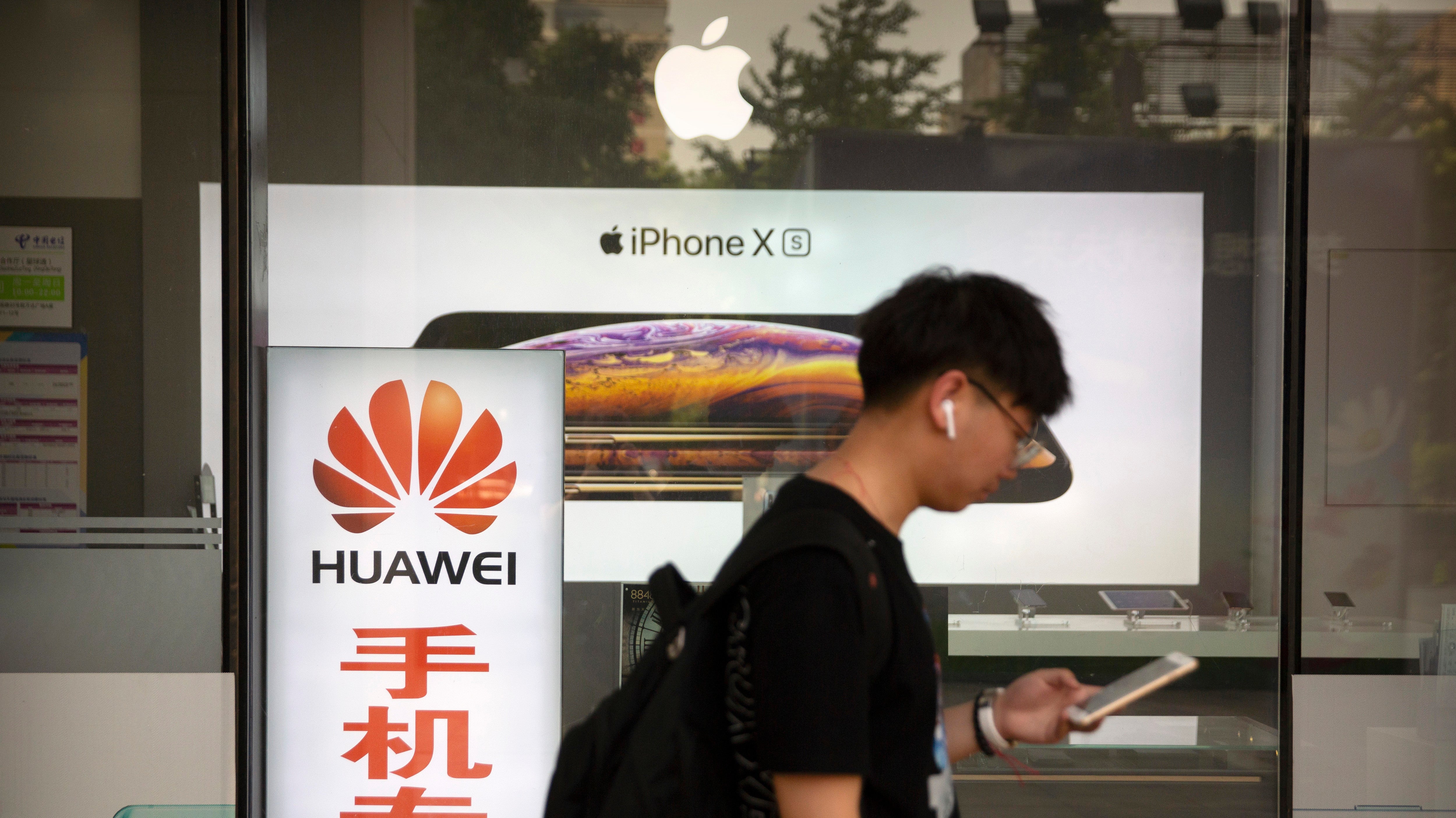 A man passes by an electronics store in Beijing, May 2019. (Photo: Mark Schiefelbein, AP)

Chinese government officials summoned representatives from major tech companies both from the U.S. and elsewhere to warn them of “dire consequences” if they go along with the Trump administration’s prohibition on sales of certain technologies to a number of Chinese companies, the New York Times reported on Saturday, citing two “people familiar with the meetings.”

The White House has moved in recent weeks to effectively prohibit U.S. firms from doing business with tech giant Huawei over concerns it poses a national security risk and allegations of trade theft by adding it to a so-called “entity list”—which follows months of other efforts to effectively prevent Huawei from working on telecommunications projects throughout the country. It has also targeted Chinese firms more generally amid an ongoing U.S.-China trade war that appears to be rapidly ramping back up. Numerous companies including Google, Intel, and Qualcomm have stopped acting as suppliers to Huawei.

In response, the Chinese government has raised the threat of retaliatory measures such as the creation of an “unreliable entities list” of companies it believes are acting in an anticompetitive manner. Huawei has also argued that the national security and trade theft complaints are a pretext to prevent the company from becoming more powerful and to sabotage China’s efforts to rapidly roll out next-generation 5G technology.

According to the Times, the meetings earlier this week involved China’s economic planning agency, the National Development and Reform Commission, as well as members of its Ministry of Commerce and Ministry of Industry and Information Technology. A specific list of attendees was not published, but the remarks were directed at a “broad range of companies that export goods to China,” including “number of the world’s most important semiconductor firms, as well as other tech giants,” the Times wrote.

The Chinese officials allegedly warned U.S. firms not to move their supply chains outside of China and not to comply with the orders banning business ties with specific companies, as well as urged them to lobby against the Trump administration’s efforts to restrict trade:

In the meetings this week, Chinese officials explicitly warned companies that any move to pull production from China that seemed to go beyond standard diversification for security purposes could lead to punishment, according to the two people… The Chinese officials appeared to have differing messages for the companies, depending on whether they were American or not, the people added.

To those from the United States, they warned that the Trump administration’s move to cut off Chinese companies from American technology had disrupted the global supply chain, adding that companies that followed the policy could face permanent consequences. The Chinese authorities also hinted that firms should use lobbying to push back against the government’s moves.

Officials said failure to do so could lead to “permanent” problems for the companies involved, in the Times’ telling, with Huawei going unmentioned but obviously at the top of their minds. The officials also told non-U.S. firms that they would face no consequences as long as they maintained normal business relationships with their Chinese counterparts, the paper added.

China is one of the world’s largest suppliers of an incredible range of materials and components used in the technology industry, and it builds numerous products (such as the iPhone) for foreign firms. As the Times noted, the prospect of permanent disruption of those supply chains could be disastrous, but even so it is unlikely that U.S. firms would choose breaking the law over complying with the Chinese demands.

Per CNBC, the trade disputes triggered a big selloff of chipmaker stocks in May, as Huawei alone is estimated to purchase around $US20 ($29) billion in semiconductors annually. (The Times noted that consulting firm KPMG estimates around 60 per cent of all semiconductors are in some way linked to China.) The U.S. has granted some mobile phone and internet broadband providers 90-day licenses to continue working with Huawei, but if the bans become permanent, Wall Street analysts predict the stocks will not recover, CNBC wrote.