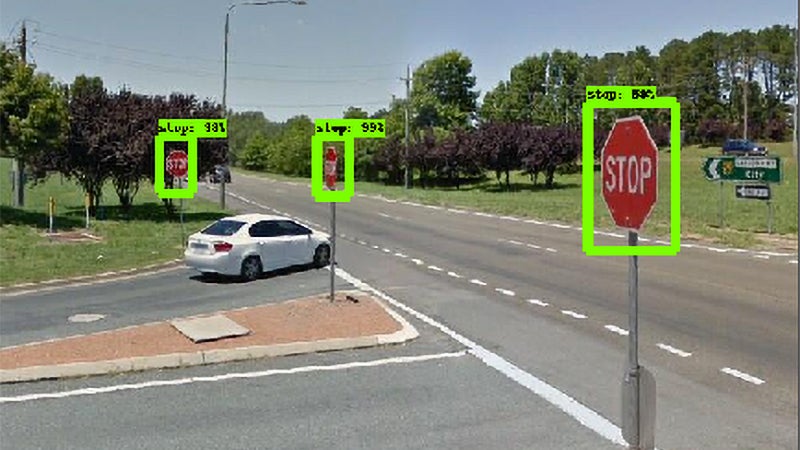 Take a moment to think about all the street signs that blur past as you’re driving. Stop signs, speed limits, and traffic warnings all add up to a massive amount of infrastructure for a city that’s challenging and costly to maintain. But piggybacking on Google’s hard work, scientists have found a clever way to streamline the process of tracking signage in need of repair.

Cataloguing the condition of a city’s infrastructure is usually a time consuming manual process carried about by workers, which can occasionally be quite dangerous when it involves roads and traffic. But if you can remember as far back as 2007, that’s when Google first introduced Street View for Google Maps.

It’s a feature that required the company to strap cameras to hundreds of cars and people, and send them off to explore and photograph nearly every last highway, byway, road, and corner of the world. (Even offworld.)

It was a massive undertaking, but the results were made freely available to anyone with a device and an internet connection, including a specially trained AI now.

The system can spot signage with almost 96 per cent accuracy, and identify what type of sign it is with 98 per cent accuracy. Using just the 2D images and metadata from Google Maps and Street View, it can also accurately catalogue the exact geo-location of each sign, so it’s easy to track down should repairs be needed.

Is it a completely reliable solution? No. Google’s search engine is constantly recrawling the internet to ensure it’s always up to date, but the cost to have a Google Street View camera car re-photograph every road in the world on a daily, even weekly basis, would be astronomically prohibitive.

As a result, the street view imagery on Google Maps isn’t always up to date. But the system could work in conjunction with other solutions, such as upgrading garbage trucks, which travel the same streets every week, with cameras to capture supplemental imagery which the AI could also scan to keep an infrastructure database up to date.