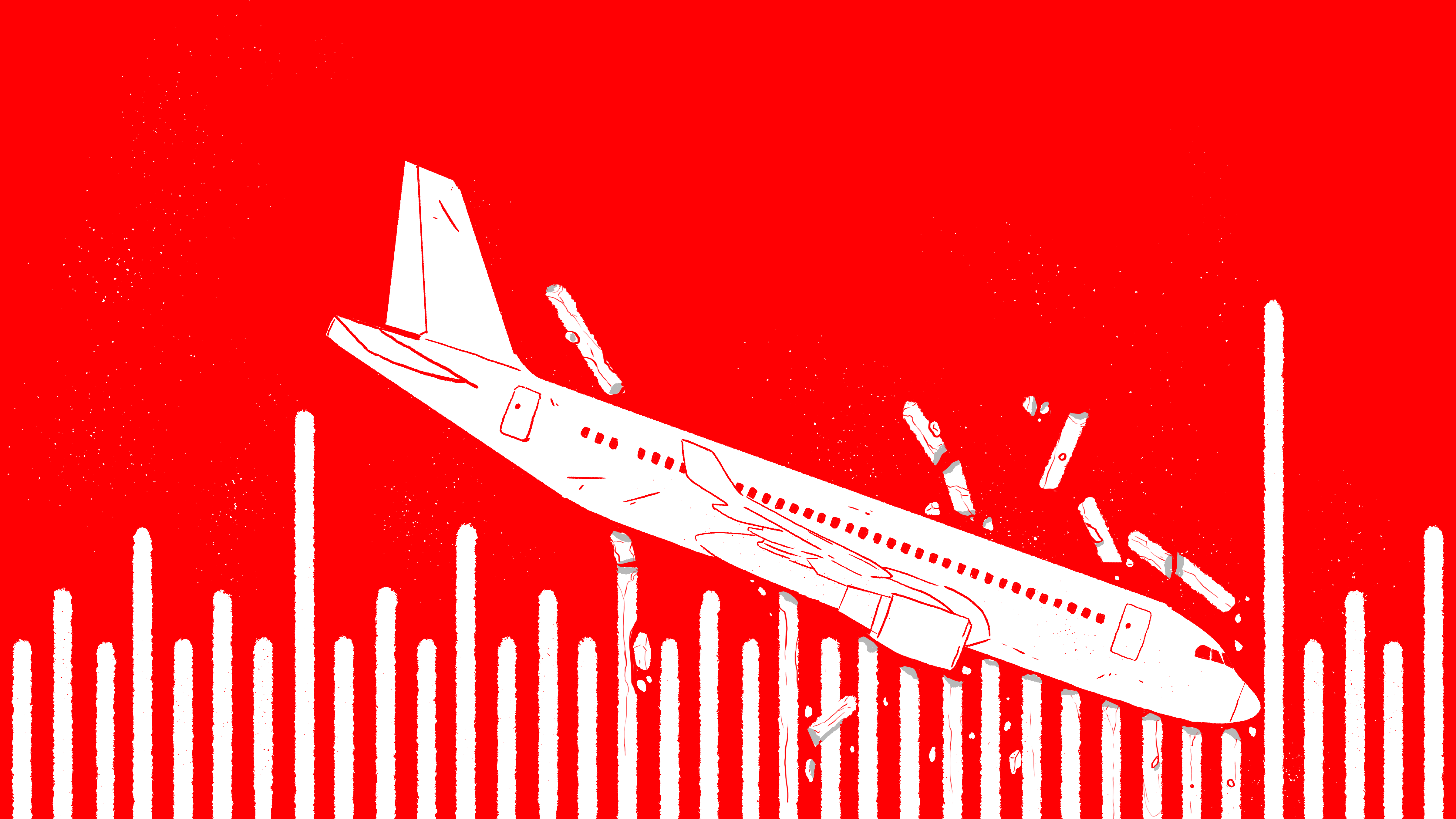 Almost every country in the world uses metric measurements. Every country except for the United States, that is. It’s usually not a big problem. But there have been some close calls throughout history when people used metric instead of imperial, or vice versa with disastrous results.

“Almost every nation on Earth has fallen under the yoke of tyranny, the metric system,” Carlson whined last week on Fox News because he was apparently out of white nationalist talking points for the night.

“From Beijing to Buenos Aires, from Lusaka to London, the people of the world have been forced to measure their environment in millimetres and kilograms,” Carlson continued. “The United States is the only major country that has resisted, but we have no reason to be ashamed for using feet and pounds.”

But all of that blustery bullshit aside, the fight over metric versus imperial measurements has some very real consequences. And with the US as the last holdout in the world, we’re likely to see more of these kinds of historical fuck-ups on occasion.

On September 23, 1999, NASA’s $180 million Mars Climate Orbiter (MCO) crashed into the red planet. That wasn’t supposed to happen, naturally. But after an investigation NASA finally figured out what had gone so horribly wrong. A piece of software had calculated the force of the thrusters in imperial measurements when it should’ve been in metric.

The people at NASA who were behind the project insist that the failure was all about money, oddly enough.

“‘Better, faster, cheaper’ was the mantra at the time,” NASA engineer Richard Cook told Wired many years later. “Certainly that project was trying to do a whole lot for a limited amount of money.”

From then on, the Mars Climate Orbiter became synonymous with the need for America to go metric.

While experts believe that America going metric would cost some money in the short term, the long term economic benefits of finally speaking a common measurement language with the rest of the world are limitless.

In 2001, the Los Angeles Zoo lent Clarence, the then 75-year-old Galapagos tortoise, to the Exotic Animal Training and Management Program at Moorpark College, but the school would need to build their own enclosure.

That wasn’t a problem, they just needed to know how big the tortoise was. The zoo told folks at Moorpark College that Clarence weighed 250.

But 250 what? You can probably see where this is going.

Moorpark College built an enclosure for Clarence, assuming that he weighed 250 pounds, equivalent to 113kg. In reality, Clarence weighed 250kg. Clarence was much larger than they were expecting. And, as a result, he was able to escape his new enclosure.

“He just pushed one of the fence poles right over,” Moorpark’s Chuck Brinkman told the Los Angeles Times.

Clarence didn’t get very far, however. They found him nearby just hanging out like an elderly tortoise is wont to do.

The people of Moorpark built Clarence a new enclosure, this time making sure that the barriers were planted in cement. But they probably learned a good lesson about not assuming that people at a zoo would be using imperial rather than metric units.

Clarence is still around, by the way. The tortoise turns 96 years young in July.

Canada went fully metric in the late 1970s after a phase-in process that started in 1971. But America’s neighbour to the north has experienced its fair share of hiccups over confusion about metric versus imperial units.

On July 29, 1983 Air Canada Flight 143 ran out of fuel. Air Canada had been measuring fuel in pounds for years before finally switching to kilograms. But that caused some confusion, as the Boeing 767 jet, Canada’s first aircraft using metric measurements, had been filled with too little fuel on that summer day.

The flight, originally scheduled to travel from Ottawa to Edmonton, had to make an emergency landing in Gimli, Manitoba. To make matters even worse, the flaps on the plane couldn’t be engaged due to the engine failure, forcing the pilots to land at a much faster speed than they should have.

The New York Times explained at the time:

The entire episode produced two contradictory emotions in the aviation world. One was deep concern over how simple errors, this time in a switch to the metric system with the introduction of the Boeing 767, could come so close to producing a major disaster.

The other was admiration at the skill of the pilots, whatever their role in the original errors, in putting the huge wide-body craft down safely when, without power, they would have no chance to make second landing approach.

The 69 passengers aboard escaped with only minor injuries, thankfully. But you can bet those pilots always double-checked the fuel gauge after that.

In December of 2003, one of the cars at Tokyo Disneyland’s Space Mountain attraction suddenly derailed due to a broken axle.

Why did the axle break? According to the official report, released in January of 2004, the axle wasn’t the right size because there was confusion about metric versus imperial units.

The axle that broke was one of 30 axles received in October 2002. All 30 axles were thinner than the design specification, which resulted in the gap between the axles and their bearings to be greater than the specified width. This abnormal situation occurred due the following:

In September 1995, the design specifications for the size of the axle bearing for Space Mountain vehicles was changed from inches to the metric scale. Accordingly, the axle diameter was also changed, in this case from 44.14 mm to 45.00 mm.

However, appropriate action to revise and maintain the design drawings was neglected. Consequently, two different drawings existed within our company after the changes were made and the old drawing showing the 44.14 mm diameter was used to order (in August 2002) the axles that were delivered in October 2002.

Thankfully, none of the riders involved in the roller coaster incident were injured.

The company promised to do better, it reprimanded 17 employees, and said it would make every effort to win back the public’s trust. And so far they seem to be doing a good job.

There hasn’t been a serious incident since, aside from forces of nature. Some areas of the park were flooded during the huge 2011 earthquake and tsunami, but no one was injured.

Strangely, commercial aviation is an area where feet are still used by countries around the world rather than meters. And the choice has had deadly consequences.

On April 15, 1999, Korean Air Cargo Flight 6316 took off from Shanghai, China for Seoul, South Korea. With three crew members, the flight took off for what was supposed to be a routine flight and the crew received permission from Shanghai flight control that they could ascend to 1,500 meters or roughly 4900 feet.

But when the plane reached 4500 feet, the pilot asked his co-pilot whether they should be at 1500 feet instead. The co-pilot said yes twice (incorrectly) causing the pilot to believe they were 3000 feet too high.

The pilot started descending, but the abruptness of the move caused the plane to nosedive. They never recovered control of the plane and crashed into a bunch of houses roughly six miles outside of the airport. All three crew and five people on the ground died. There were also dozens of injuries.

The problem should be obvious to anyone who was paying attention by now. They were cleared to ascend to 1500 meters, but the pilot and co-pilot thought that they should have been at 1500 feet.

Even though the US is literally the last holdout in the world that hasn’t adopted the metric system, don’t expect it to happen soon.

Stephen Mihm, author of the book Mastering Modernity: Weights, Measures, and the Standardization of American Life, explained to the Atlantic in 2015 that nothing less than national pride was at stake.

“That the system in question has a long and distinguished history as a pet project of Francophile, cosmopolitan liberals probably doesn’t help make it appealing to American conservatives.”