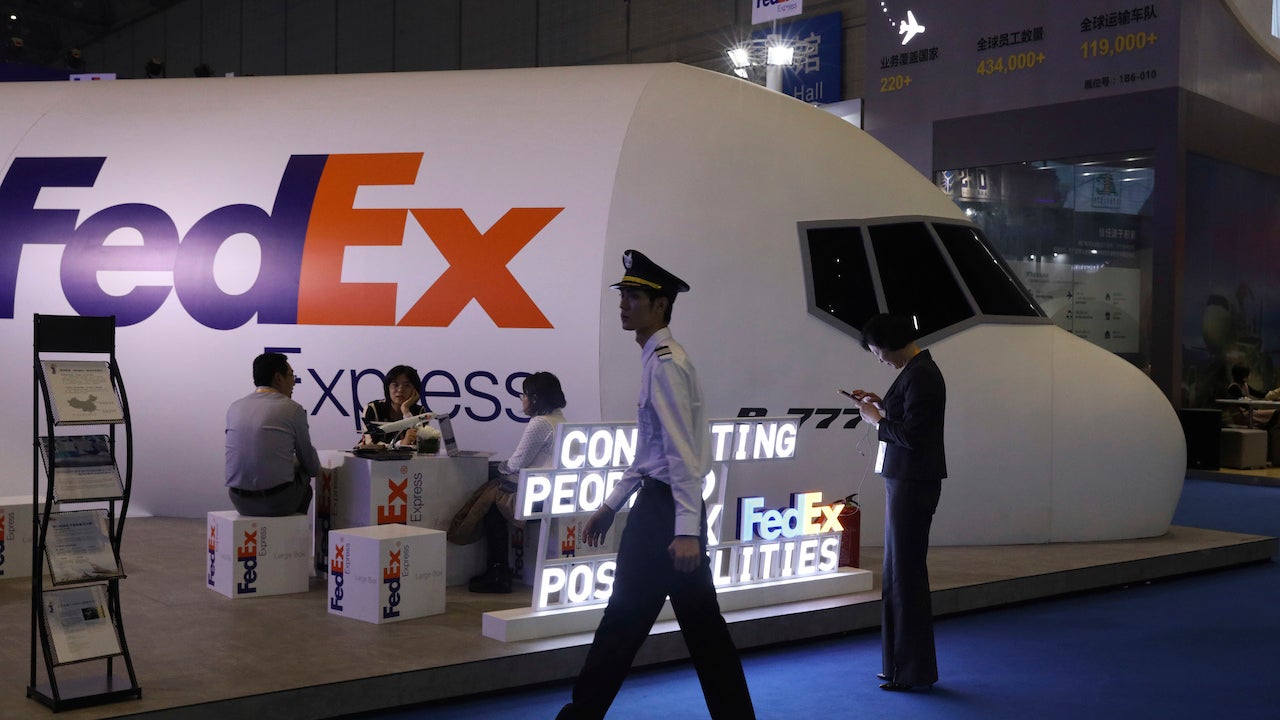 FedEx filed a lawsuit against the U.S. Department of Commerce on Monday over restrictions that the Trump regime has put in place against the Chinese telecom giant Huawei. FedEx, which has gotten into trouble with Huawei for misdirecting some of the tech company’s packages lately, says that it shouldn’t have to make sure that newly prohibited technology doesn’t get shipped to Huawei offices.

The U.S. Commerce Department added Huawei to the so-called Entity List back in May, which prohibits American companies from exporting some technology and restricted information to Huawei. The FedEx lawsuit, filed in Washington, D.C., claims that it’s “virtually impossible” for package delivery companies like FedEx to police the content of each and every package that it handles.

“Typically, the law offers protection for common carriers, excepting them from liability for the contents of packages and communications they transmit, such as internet service providers and telecommunications companies,” the lawsuit explains. “The [Export Administration Regulations], however, offer no safe harbour provision. To the contrary, the EAR hold common carriers liable as aiders and abettors of the EAR violations committed by their customers, with steep penalties.”

The lawsuit, which doesn’t call out Huawei by name, warns that FedEx simply has two options: It can either keep operating as usual, without inspecting every package for possible violations and risk law enforcement action, or it can stop delivering packages that it may see as risky in any way. Both are untenable, obviously, which is why FedEx is trying to get this hashed out in court.

Members of Congress have warned about national security concerns over Chinese-made technology since at least 2012, but the Trump regime has kicked restrictions into overdrive recently. The U.S. versus Huawei dispute escalated considerably back in December 2018 when the Americans asked Canada to detain Meng Wanzhou, a top executive at Huawei, while she was travelling through Vancouver. Meng is the daughter of the tech giant’s founder, Ren Zhengfei, and is still under house arrest in Canada while she appeals possible extradition to the U.S. to face charges of violating American sanctions against Iran.

After Meng’s arrest it’s been flurry of tit for tat punishments ever since, with China arresting its own Canadian “spies,” and the U.S. Justice Department charging Huawei with fraud, obstruction of justice, and the theft of trade secrets. The latest restrictions put on place by the U.S. Commerce Department, including the most recent export bans, are just one more battle in the broader New Cold War that’s playing out in the tech sector.

“As a company that is committed to complying with all laws and regulations in the countries we serve, FedEx strongly supports the objectives of U.S. export control laws,” FedEx said in a statement. “We have invested heavily in our internal export control compliance program. However, we believe that the EAR, as currently constructed and implemented, place an unreasonable burden on FedEx to police the millions of shipments that transit our network every day.”

“FedEx is a transportation company, not a law enforcement agency,” the company concluded.