Alphabet Squadron Is The Closest Thing To An X-Wing Book Star Wars Has Had In Years, And I Love It 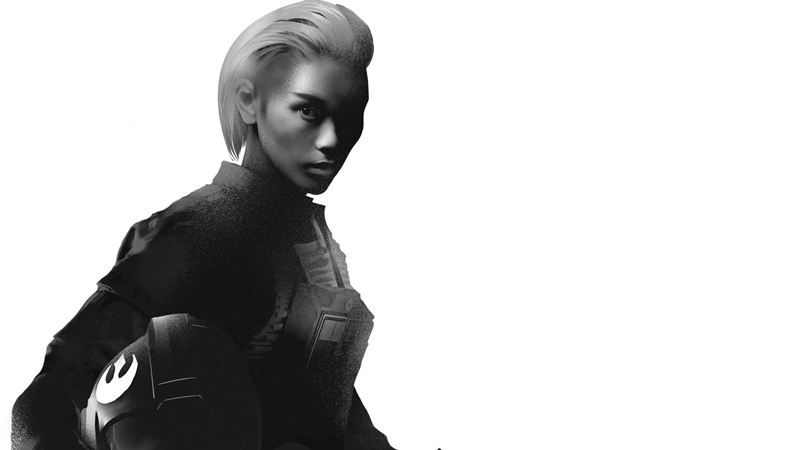 When you announce books of all time: the X-Wing series. Alphabet Squadron, this Disney-canon successor to the throne, is the closest the current canon has, but stands out in a few noticeably intriguing ways.

Written by Alexander Freed, Alphabet Squadron—the first in a trilogy of novels paired with an accompanying Marvel Comics miniseries—is set in the immediate months after the Battle of Endor in Return of the Jedi. The Empire is broken and on the backfoot, but still a threat.

The Rebel Alliance (née New Republic) is struggling to deal with being thrust into the very real situation of governing rule instead of being the scrappy guerrilla upstarts.

It’s a similar scenario as to where the X-Wing books started out, with Wedge and Rogue Squadron hunting down Ysanne Isard after the liberation of Coruscant, and Freed—already having done so to great effect with the boots-on-the-ground soldier’s perspective in Battlefront: Twilight Company—evokes a similarly unflinching approach to the rigours of dogfighting space combat.

There’s an emphasis less on the sweeping scale the Star Wars movies revel in and more of the intimate yet petrifying sound and fury of being strapped into a tiny little hunk of metal as blaster bolts light up the vacuum around you.

Plus, like those books, instead of following the major journeys of characters like Han, Luke, and Leia, it focuses on a cast of new characters drawn from the faceless legions of the Republic’s military forces, the background extras of the Galactic Civil War.

In this case, specifically, a group of pilots—Yrica Quell, Nath Tensent, Wyl Lark, Chass na Chadic, and Kairos, earning the squad name thanks to the myriad alphabet-based ‘Wing’ ships they each fly.

Gathered by the fledgling New Republic Intelligence to take down a still-operating Imperial Aces squadron known as Shadow Wing, the team hopes to take out a dangerous target and deliver a moral boost by flagging New Republic forces as they chase down the dregs of the Imperial Remnant. 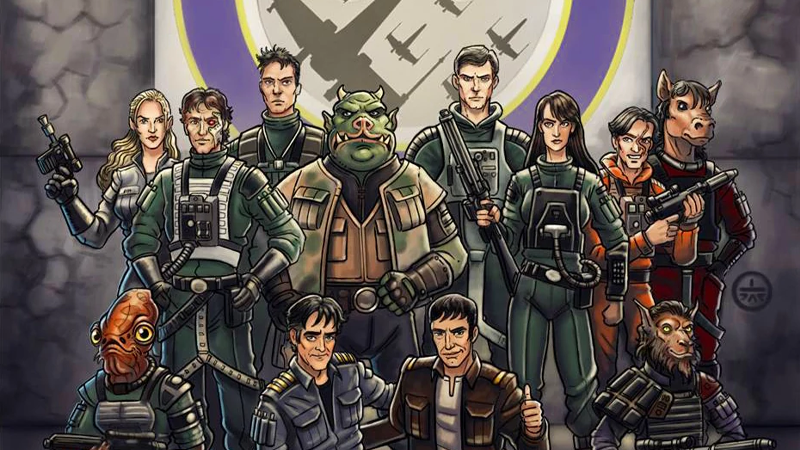 It’s within the makeup of its titular group where Alphabet Squadron starts coming out from under the shadow of the Star Wars Starfighter novels that came before it.

The Rogues and Wraiths loved each other, cared for each other, believed in the New Republic’s ideals, and were damn good at their jobs in the process. It’s what made those books so loveable and fun.

Alphabet Squadron are not those kinds of people.

If anything, they’re the complete opposite, outside of the fact they’re also extremely good pilots. And it’s in playing with that expectation that Freed’s novel truly excels, while still delivering the intense space-combat action you want out of a Star Wars book about pilots.

Because really, in between the slick dogfighting action Alphabet Squadron is a slow, compelling character drama about the formation of the group. Slow not just because the time is taken to introduce us to each of the unit’s members at a delicate pace, but slow because we really get to delve into what makes each Alphabet pilot tick, their motivations and personalities.

And what we learn is that these people are far from the shining, gung-ho heroes you’d see plastered on flyers and posters as the faces of the New Republic Starfighter corps. They’re damaged, broken people, torn apart by a war they’re still struggling to truly end—a war that not all of them even fought on the same side of, for the most part.

Wyl, the naive young A-Wing pilot of the team, is the closest to an idealist the squad has, but he’s a conflicted man who finds himself pulled between a desire to remain loyal and finish the fight, and a desperation to return home to his (intriguingly naturalistic and ‘low-tech’ in the realm of Star Wars planets) world.

Chass, the B-Wing bomber, is a Jyn-Erso-loving zealot driven by a deathwish and fury over battles she survived where fellow pilots did not.

Nath, the Y-Wing pilot, is a former Imperial who defected not out of a sense of honour, but because he was about to be caught on corruption charges. He’s haunted by being the sole survivor of a Shadow Wing squad that decimated his fellow former Imperials, hiding out away on the fringes of the New Republic’s attention doing easy jobs, and avoiding being flung into the fire of conflict again.

Kairos the U-Wing flyer is the most mysterious of the group, and left intentionally so, a dogmatic Rebel and perhaps the best pilot of the team, left unexplored beyond the terrifying enigma of a mask she never takes off.

Like their hodgepodge mashup of starships, the members of Alphabet Squadron do not fit together. They’re all coming from different perspectives on the war, different goals, and they spark off of each other pretty furiously as they attempt to work together, unsure of where their motivations truly lie.

They’re abrasive in a way you don’t really expect from your Star Wars heroes, unless it involves them almost immediately softening for each other to get on with saving the day. Even the true reason Alphabet is brought together—by an Intelligence agent named Caern Adan, hoping to score an easy win that will ensure his own rise up the ranks of the still fledgling New Republic Intelligence—is far from truly noble, with any good being more of a byproduct than the true intention of their mission.

If you like your Star Wars a bit more clean-cut and steadfastly laden with pulp heroism, it’s disarming at first. Watching those barriers the squad have set up around themselves and with each other slowly break down as Alphabet begins to form into something more resembling a group of fellow pilots, if not quite friends yet, thanks to a little help from the book’s closest thing to a Star Wars ‘celebrity appearance’ in Star Wars Rebels’ General Hera Syndulla, is a delight, even if Alphabet Squadron sinks its hooks into you by having its leads be so oddly distant and, at times, casually unlikeable.

But because it’s done with such a measured approach, it feels more earned than most other Star Wars stories about people being thrust together in the crucible of galactic civil war. You’re not quite rooting for all of them by the book’s final act, but you’re invested enough to care about whether their next mission will send them hurtling out into the void of space to their deaths. 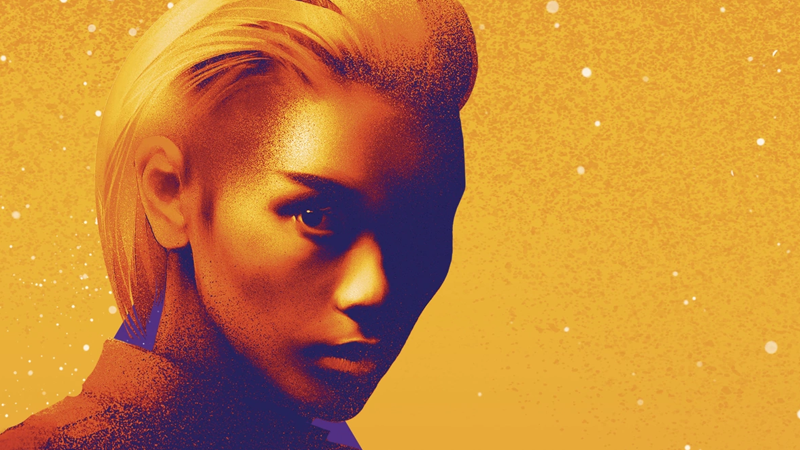 Yrica on the cover of Alphabet Squadron. (Image: Jeff Langevin)

You’ll notice I’ve not mentioned one specific Alphabet Squadron star just yet—its cover “hero,” Yrica Quell, eventual pilot of the team’s X-Wing. She’s the character Alphabet Squadron spends the most time getting into the headspace of, and for good reason: she’s a fascinating spin on a trope Star Wars is all too familiar with underserving.

Yrica’s intriguing setup, and the cause for concern that leads to her bristling with many of the New Republic officers and fellow pilots she encounters throughout the book, is that she is a defector from Shadow Wing, and more specifically, someone who only defected after the destruction of the Second Death Star.

Although horrified by the true cruelties of the Empire, she’s a woman who wasn’t really exposed to it, with a career in safeguarding transports from pirates rather than hunting down Rebel scum.

But her distinctly Imperial sensibilities and her only-recent defection means that Yrica spends most of the book on the back foot, deeply distrusted by the people she’s signed up to fight alongside. And Yrica has good reason to be uneasy of the New Republic, unsure if she’s doing the right thing as she is forced to work with people out for their own gains rather than the allegedly noble cause they all believe in.

Typically, Star Wars treats its Imperial defectors with only a momentary period of unease before they’re immediately embraced into the hero’s fold—see Iden Versio and her friends in Battlefront II for a particularly jarring example—regardless of prior actions. Yrica’s distrust among her new allies is left to linger and occasionally fester to fascinating effect, and when combined with her own emotional distance and personal traumas, she makes for a focal point character that is, at times, distinctly difficult to connect to (but not in a way that is offputting).

Even as Freed delves into her headspace more and the book starts getting beyond the team-building stages, there’s still some lingering doubt not just for the reader, but for Yrica herself, if she’s really on the side of the angels now.

It’s a character arc with an intrigue that is only matched with the refreshing nature with which Yrica’s past with Shadow Wing is treated, and makes Alphabet Squadron’s distinctly measured pace and density worth getting through.

But after all the fascinating character work with Yrica and the squad, it’s actually in the Squadron’s foils that Alphabet is at its weakest—which is a shame, given that, if we’re continuing to make X-Wing parallels (which we are, we always will be, Wraith Squadron forever, etc.), those books gave our heroic pilots excellent villains to go up against in Isard and Warlord Zsinj. The shadowy specters of Alphabet’s target, Yrica’s former Imperial unit Shadow Wing, make for a compelling threat at times – especially in the early stages of the book as they relentlessly pick at New Republic ships and starfighter wings pilot by pilot, providing a lingering dread that is genuinely unnerving. 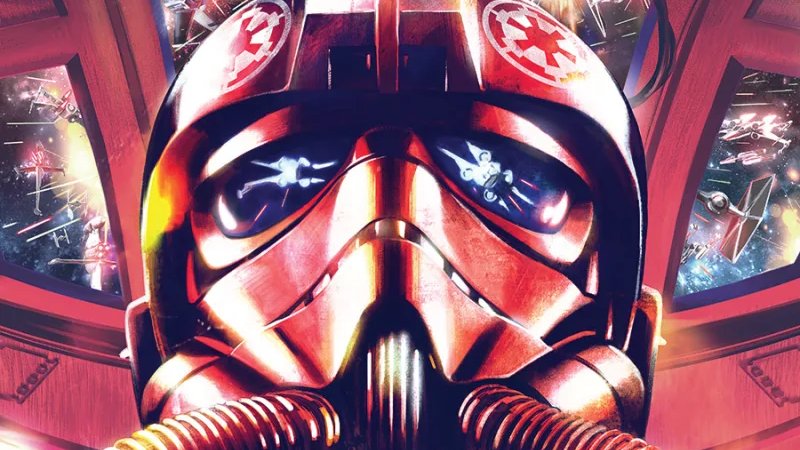 But they’re a mostly faceless one, with few standout characters to match our cast of complex and multifaceted ‘heroes’—so their threat doesn’t really evolve into a truly personal scrap for Alphabet to deal with, even with several members of the squad having very personal reasons to stop them.

Maybe it’s because of the novel’s weird Marvel tie-in, with the comic picking up the slack and focusing exclusively on Shadow Wing itself (and Yrica’s time in the unit) before the events of the novel.

Maybe it’s because, knowing we’ve got another two books on the way, Freed simply chose to put the character drama spotlight on his broken protagonists as they attempt to pull their myriad pieces together with their new allies.

But whatever the reason, I’m hoping it’s more like the latter than the former, because the ‘everything is connected’ nature of Disney’s Star Wars canon aside, you shouldn’t have to read a comic book to make the novel you otherwise purchased feel more complete—it’s a gambit that mostly pays off for Alphabet Squadron’s first sortie.

Shadow Wing itself might not be more than a faceless threat quite yet, but the dysfunctional, damaged aces of this new Starfighter Squadron are some of the most compelling new additions to the Star Wars canon in recent years, and I can’t wait to see where their mission takes them yet.