In the long history of recorded media, Sony’s MiniDisc format barely registers as a blip on the timeline. In hindsight, it was doomed from the start — forced to compete with immensely popular CDs and an emerging threat called MP3s. But despite now having instant access to millions of songs on my phone, there’s a part of me that deeply misses MiniDisc: a dead format that somehow still feels futuristic.

The first MiniDisc players were released by Sony in Japan in November of 1992, with an international debut coming the following month in Europe, Canada, and the United States. Unlike audio CDs, which stored music in an uncompressed 16-bit stereo file format, MiniDiscs compressed music using a proprietary audio format developed by Sony called Adaptive Transform Acoustic Coding—or ATRAC, for short. It meant that MiniDiscs could store almost the same amount of music as CDs could, but on a much smaller disc. 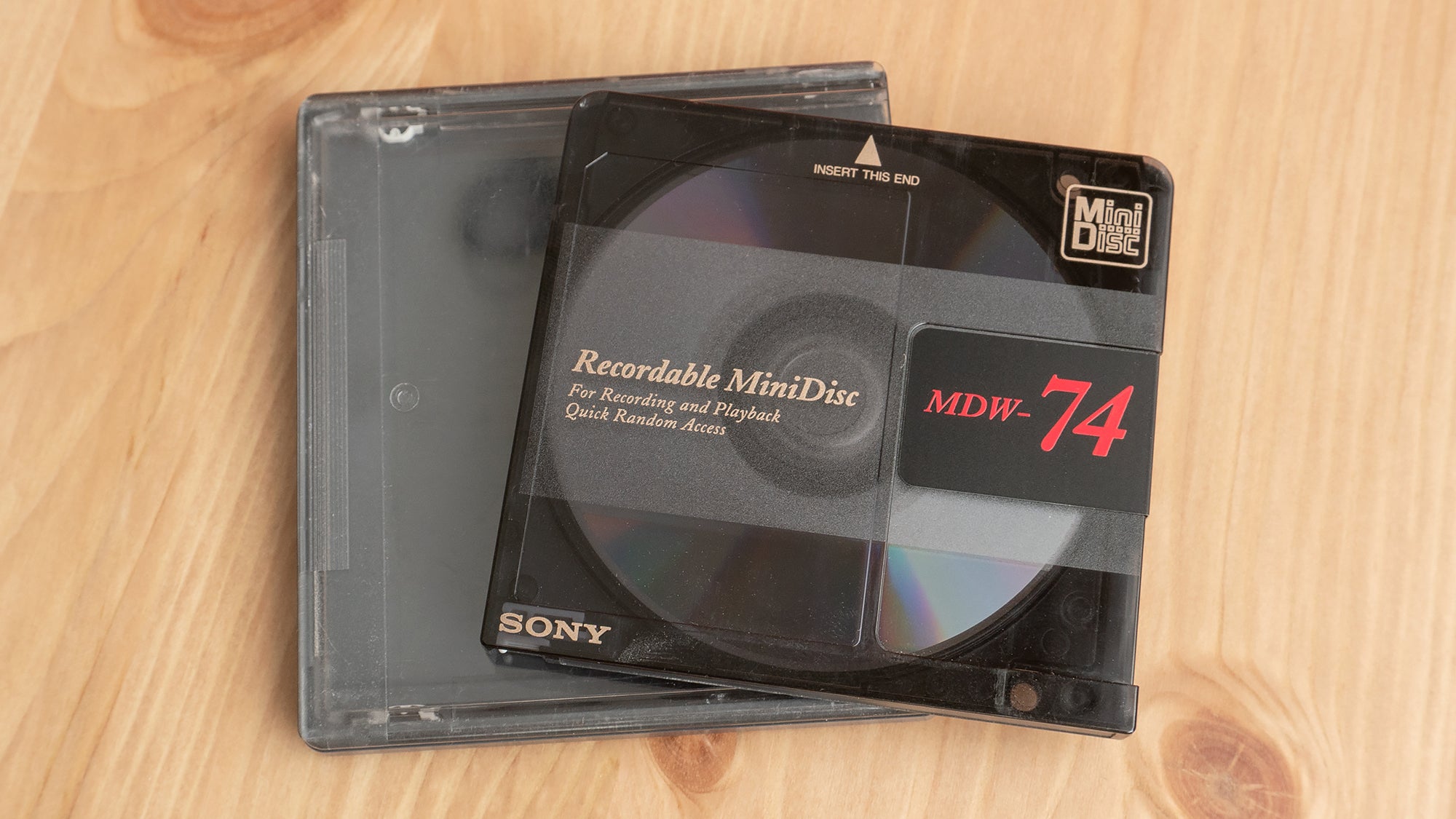 During my high school years, I went through several portable CD players because their size made them almost impossible to safely stash in a pocket. They always had to be held, which meant they repeatedly got dropped. MiniDisc players were considerably smaller by comparison, and some were almost as compact as the first Apple iPods. The players were also easy to pocket, as were the discs, which came protected in a plastic housing so, unlike CDs, they were almost impossible to scratch and damage.

MiniDiscs were also recordable, reviving a feature that made analogue cassette tapes so popular in the ‘80s. You could create your own mix albums by directly connecting a MiniDisc player to a stereo, or record tracks right from a CD player. Eventually, every desktop computer would come with a built-in CD writer, but MiniDiscs streamlined the process.

The university where I studied broadcast even switched to MiniDisc players for field recordings and remote interviews as the hardware was both cheaper and easier than the professional solutions in use at the time.

But what I love most about MiniDiscs was that using the format made me feel like I was a character in a movie depicting a gritty sci-fi future. CDs always felt so lifeless to me: blank discs etched with millions of invisible microscopic dots. But a MiniDiscs had character. Its iridescent sheen was only occasionally visible through its protective plastic housing, and it could be tossed around casually.

The satisfying clunk of sliding a MiniDisc into a player and closing the door made the hardware seem like a piece of technology born from a Hollywood prop studio. A little part of me felt like a hacker uploading a virus every time I swapped in a new disc (no doubt inspired by their appearances in films like The Matrix and Strange Days) even when I was probably just loading tracks from the Jurassic Park soundtrack.

There are many reasons why MiniDiscs failed. Giant electronics companies love propriety formats because if it catches on and becomes a standard, other giant electronics companies who want to play along have to pay to licence the technology. But consumers prefer choice, and while companies other than Sony produced players and discs, it was hard to find cheaper non-Sony hardware in the gigantic North American market.

As for buying pre-recorded albums on MiniDisc? It was next to impossible outside Japan.

On a technical level, MiniDisc was an inferior format to its competitors. Sony’s ATRAC format also played a hand. It did a decent job at squeezing music down so that an hour’s worth of tunes could fit on a MiniDisc, but its sound quality wasn’t as good as what you could get from CDs and Digital Audio Tape. The average consumer couldn’t tell the difference, but audiophiles with deep pockets could, which meant that MiniDiscs were never really treated as a “Serious” audio format.

But MiniDisc’s final death blow came at the hands of another audio compression codec known as MP3. Sound files could be compressed to one-tenth their original size while still maintaining CD quality, and when the Fraunhofer Society released the first MP3 encoder to the public in 1994, it arrived at a time when computer hard drives were large enough, and cheap enough, to store a vast music collection, and at a time when the internet became fast enough to easily share those tiny music files.

A few years later, MP3-compatible portable media players arrived, and it didn’t take long for them to be able to store thousands of songs and hundreds of hours of music on a single tiny device—no disc swapping required. Enter the iPod. Game over.

By some metrics, the MiniDisc would be considered a failure, sure. but thanks to its popularity in Japan, Sony didn’t officially stop shipping MiniDisc devices until 2013; six years after the first iPhone went on sale, and 21 years after MiniDisc’s debut. That’s a decent lifespan for a modern device, and it shows that like me, quite a few people found something to love in the format despite its flaws.