Xbox Cloud Gaming Is a Wonder, Until I Tried Halo

The Vast Majority Of All Futures Trading Is Now Automated

Who’s up for a friendly neighbourhood reminder that the global marketplace is underpinned by automated, high-frequency trading to a nearly incomprehensible degree? Good, then — a new report highlights the still-growing dominance of automation in futures markets: For starters, over two-thirds of livestock futures trading is carried out automatically, and 91 per cent of all currency futures trading is now done with nary a human involved.

Or, “Automation is the future of futures markets,” as the Financial Times put it in their headline describing the report.

The study was conducted by the market intelligence branch of the Division of Market Oversight of the U.S. Commodity Futures Trading Commission, which examined eight markets overseen by the CME Group—the world’s biggest exchange company—and found that automation now accounts for the vast majority of the share of trades in each. 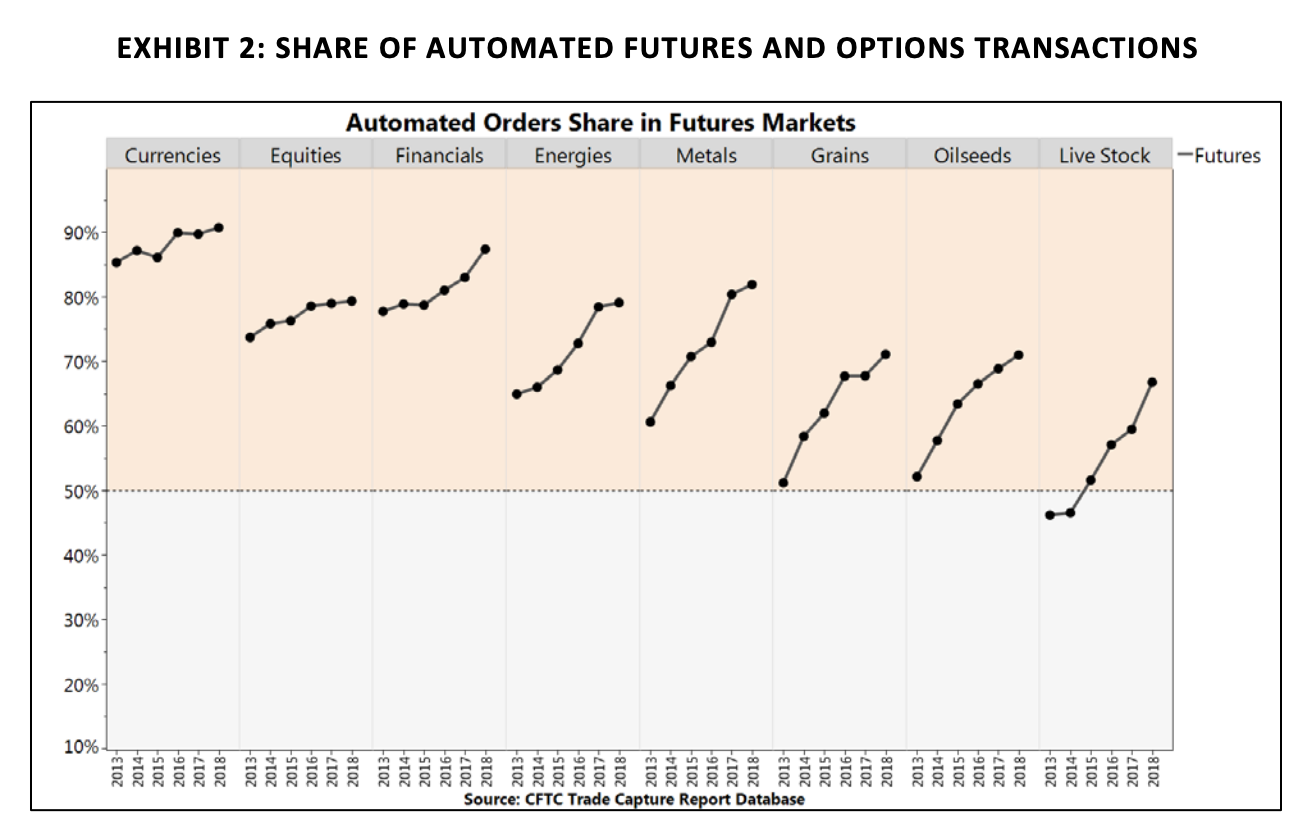 Futures trading is the buying or selling of something—oil, corn, gold, etc.—at a future date, at a set price and quantity. Metals futures, energies, financials, equities, grains, and oilseeds—each of these markets is substantially automated.

In fact, livestock futures saw the lowest share of automated trades and is the only market examined wherein less than 70 per cent of the trades were automated. The study’s authors conclude that “automation has increased consistently” over a six-year period.

Why does it matter if increasingly large amounts of capital are automatically changing hands at speeds of fractions of a second? The biggest concerns are heightened volatility in the markets and overreactions to changing trends in a given market, which the high-frequency trading algorithms can overinterpret, potentially exacerbating a financial downturn.

There have been a few high-profile HFT-spurred shocks to the market thus far, and the fear is that once there are too many systems on autopilot, and they all start responding to the wrong signals, it might cause chaos throughout global markets, affecting the economy accordingly.

In the case of the futures market study, the regulators did observe that “historical end-of-day price volatility was positively correlated with the average number of daily price changes,” but found that no such correlation between automation and volatility was conclusive.

So while automation is continuing to dominate the vast majority of trades in the futures market, it’s still unclear what, exactly the impact of a largely human-free marketplace will be.