Uber Is Another $28 Million Poorer After Settling Driver Lawsuit

Uber is a company that dictates how a large number of car owners pick up passengers, where they take them, how they take them there, the condition of the vehicle those people get put in, and the pay they earn, but it does not consider those drivers to be its employees.

As you can imagine, this has led to quite a few lawsuits.

A class-action lawsuit, which began as a challenge to how it classifies drivers but ultimately centered on Uber’s attempts to resolve conflicts with drivers outside of a courtroom, was one such suit. Settled today in California’s Northern District Court, it will cost the ridesharing company at least $28 million, pending a judge’s sign-off. ($7 million in legal fees are reportedly also being sought from Uber.)

Payouts after more than five years of litigation, including the decertification of the original class which included 385,000 drivers, will likely be minimal for the approximately 13,000 remaining plaintiffs. The decision to settle the suit, O’Conner v Uber, will set no precedent for similar cases about drivers’ statuses as full employees vs contractors nor change the company’s policy of burying arbitration agreements deep in the terms of service agreements that few of its drivers likely actually read.

For context, drivers, customers, and the government tangle with Uber with a regularity that could only be startling if you’ve totally avoided any story about the company in the past six years. It paid out $US84 ($119) million to drivers in Massachusetts, $14 million over driver background checks, another $14 million to female software engineers in its ranks for allegedly discriminatory practices, $28 million to setting an FTC complaint that it over-hyped potential earnings to drivers, a handful in the hundreds-of-thousands of dollars for allegedly underpaying drivers and discriminating against people with vision loss, $28 million for sending text message spam no one asked for, and $209 million in a data breach settlement.

Ultimately, another $28 million — not even $2,123 per driver before legal fees, after half a decade in court — is just another slap on the wrist for a company with a track record of allegedly skirting labour laws and generally doing whatever the hell they feel like, to the detriment of its workers and the places it operates. 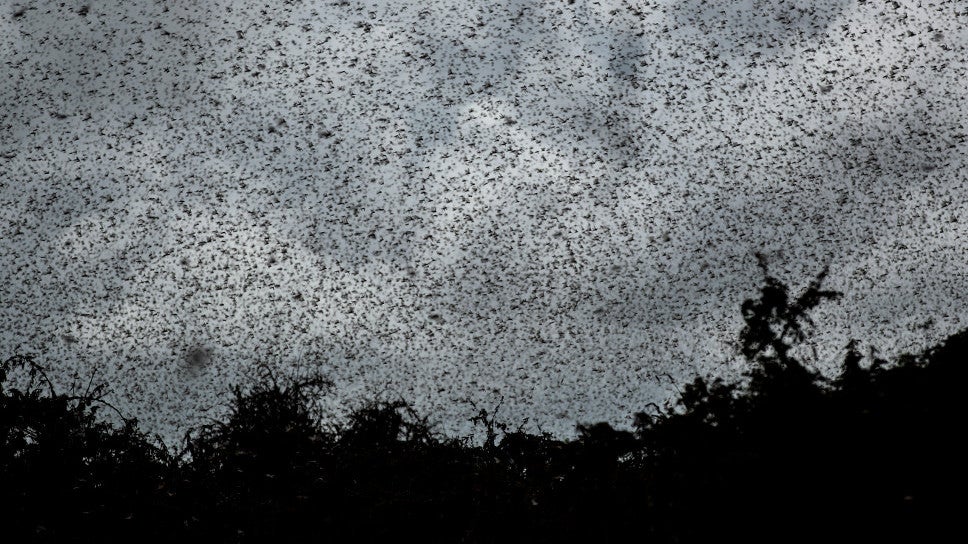 George Dvorsky on Earther, shared by Brian Kahn to Gizmodo 27 Jan 2020 9:00 PM
A grim report from the United Nations warns that unusually large swarms of locusts will be descending upon East Africa in the coming months, in what could be the worst infestation in a quarter of a century. The pests could pose a serious risk to crops and livelihoods in the region.