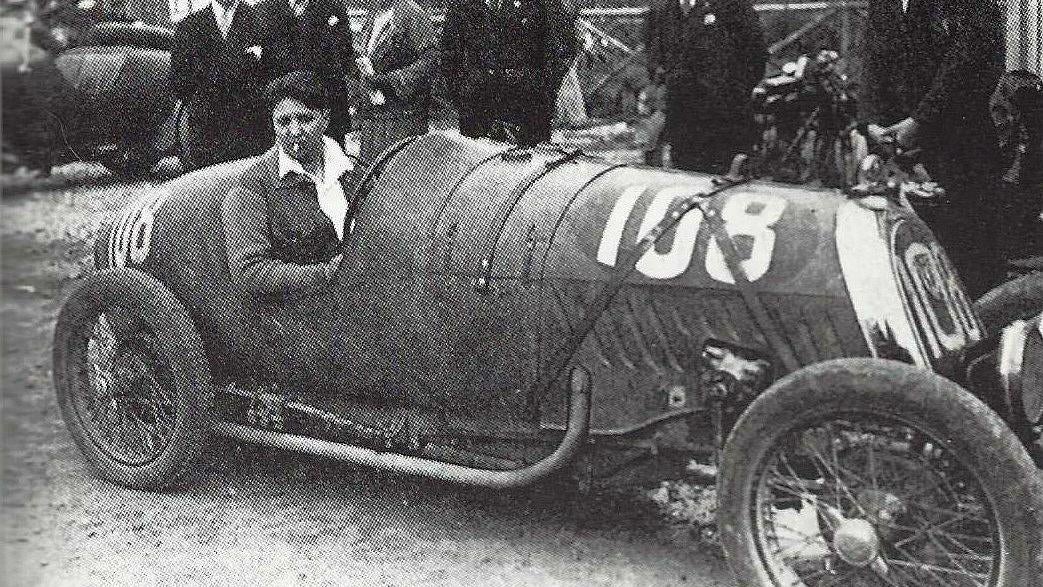 Mastering rough roads shelled into near-oblivion, Violette Morris sidestepped the artillery craters on her motorcycle. It was 1916 on the slopes of the Somme in the midst World War I, and Morris, a field nurse, was on her way to the battlefield. The soldiers who righted her bike when she fell weren’t aware that they were helping a woman. With a shapeless outfit and close-cropped hair, Morris could easily pass for a man on the battlefield.


Morris was a tomboy from the start. Growing up in a French convent, she fell in love with sports and physical education, excelling in weightlifting, boxing, swimming, football, running, water polo, and javelin alike. There was nothing she couldn’t do. You can check out our video about her here.

When war was declared in 1914, Morris’ new husband Monsieur Gouraud was sent to the Front and Violette’s boxing club was transformed into a Red Cross station. She traversed the battlefields as a nurse during the Battle of the Somme and a courier during the Battle of Verdun, she traversed the ravaged countryside via ambulance or motorcycle until she fell sick and was sent home to Paris. 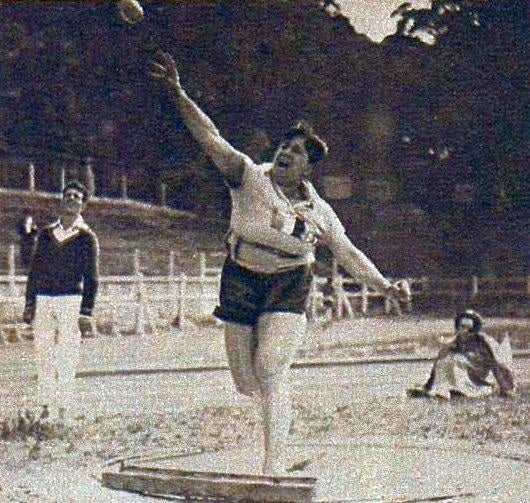 In the interwar period, her athletic career really picked up, according to Fast Ladies: Female Racing Drivers 1888 to 1970 by Jean François Bouzanquet. She took home javelin and shot put victories in the first female Olympics in Monte Carlo. Her rise to prominence saw offers from motorbike and cyclecar sponsors, which admittedly started out as publicity stunts – until Morris got behind the wheel of a Benjamin car for the 1922 Bol d’Or and shocked everyone by taking home a 4th place finish and setting a record fastest lap. And then, determined to do better, she went on to win the difficult race from Paris to the Pyrenees and back again just two weeks later.

She was proving to be a force to be reckoned with. In 1923, she entered her same Benjamin in a race from Paris to Nice, where she not only won her class but also took home the team cup, the women’s cup, and the President of the Republic’s cup.

Looking to further enhance her success, Morris divorced her husband and started working on her physique. And here’s where the trouble started. She was definitely not the stereotypical feminine woman: Morris prized her muscle and her very masculine figure, accentuating it with crew cuts, three-piece suits, three packs of cigarettes a day, and and her traditionally uncouth behaviour (i.e. she was real fond of swearing and wasn’t afraid to use her fists to get what she wanted in a football match). 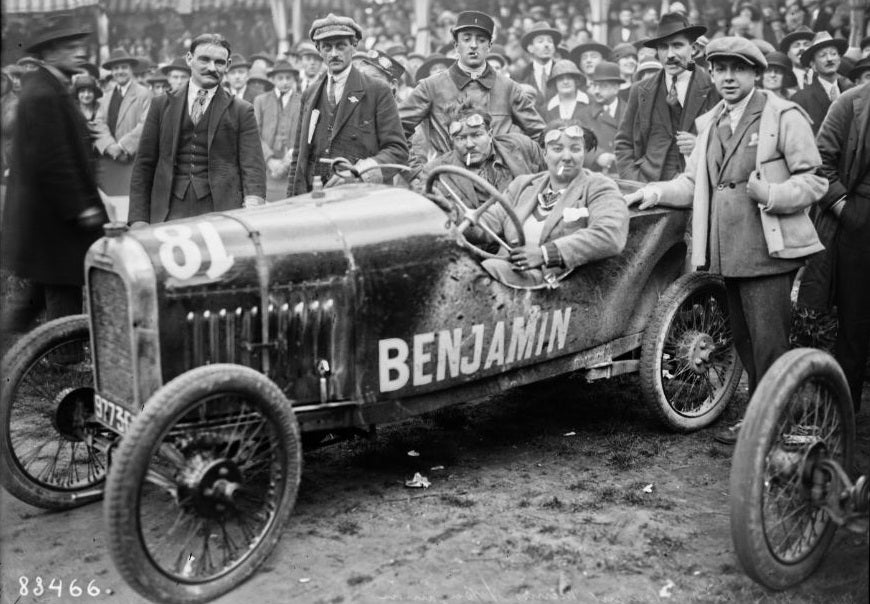 Morris kept entering races until 1928, when the French Women’s Athletic Federation refused to renew her licence with them, therefore barring her entrance from the 1928 Olympics. Heartbroken, Violette opened an accessory shop and devoted herself so wholly to racing that she followed the path of the Amazons and had a double mastectomy. Her breasts, she reasoned, were a hindrance to her speed, and she wasn’t interested in the conventions of raising a family. Why not get rid of them?

Rumours kept swirling. She appealed the decision of the Athletic Federation in hopes of having her licence renewed, but it was too late for her to do much about it. A former lover, Raoul Paoli, had left Violette after her mastectomy and went public with Morris’ bisexual inclinations. 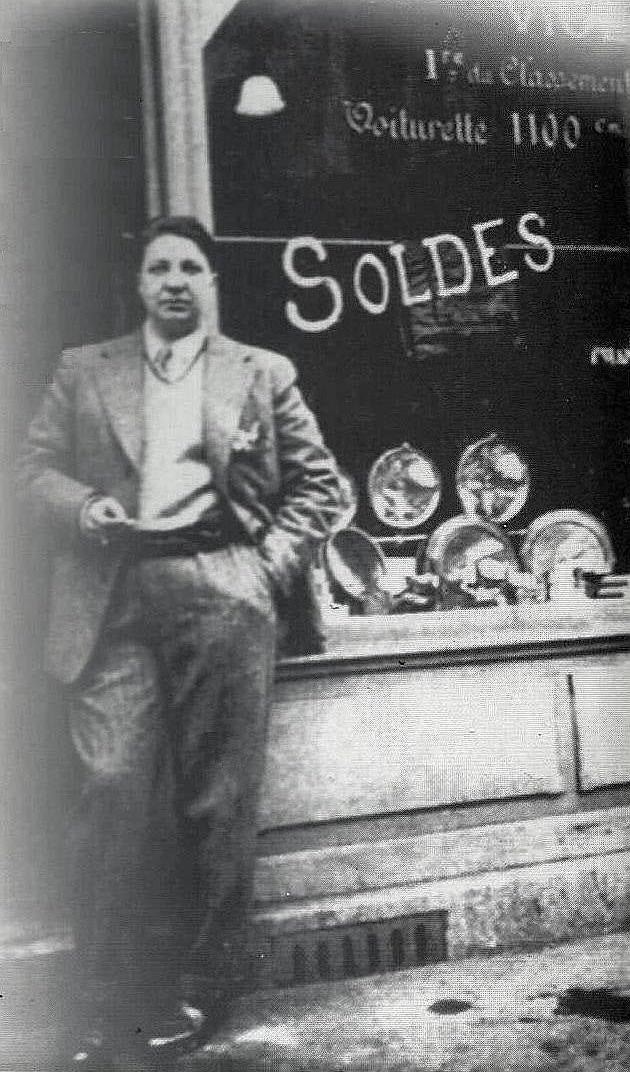 Hungry for scandal, the press blew the story out of proportion. Morris had never done much to hide the fact that she definitely wasn’t 100% straight, but according to Bouzanquet, she was accused of making passes at her fellow female competitors in the changing room and of spending time at questionable bars where women were the only suggestive patrons. Her case was dismissed and her accessory shop failed, and with the French public against her, Morris wasn’t going anywhere.

And then she reunited with Gertrude Hannecker. A former racing rival of Morris’s, Hannecker had become a German journalist who was looking to recruit for the Nazi Secret Service. It was only the first of a series of events that lead Violette Morris to become Hitler’s VIP at the 1936 Olympics, where she was awarded with a medal to recognise her past sporting achievements that France had ignored.

Morris was moved. She had spent nearly a decade in limbo, a slighted pariah in her own country. Hannecker had sensed her weakness, and before long, Morris had become sympathetic to the Nazi cause.

Doors opened to her for the first time in years. She served as a spy for the Nazis, betraying French secrets like the Maginot Line layout, lists of telephone conversations, strategic military locations within the city, and even the plans for France’s Renault-Somua S35 tank. She still lived in Paris because the French government hadn’t quite caught onto her, eking out a living through driving and tennis lessons once the scandal surrounding her had settled down.

When Paris fell to the Germans in 1940 (with significant help from Morris’ work), Violette could be found in the Gestapo headquarters in Rue Lauriston, where she became a driver for black market goods and often colluded with the mob. It caught the eye of the French Gestapo, the Carlingue, and by 1942 she was put in charge of dismantling terrorist revolts. She was, unfortunately, really good at it; Morris wasn’t afraid of brutal interrogation techniques, weaponry, or seduction to get what she wanted. 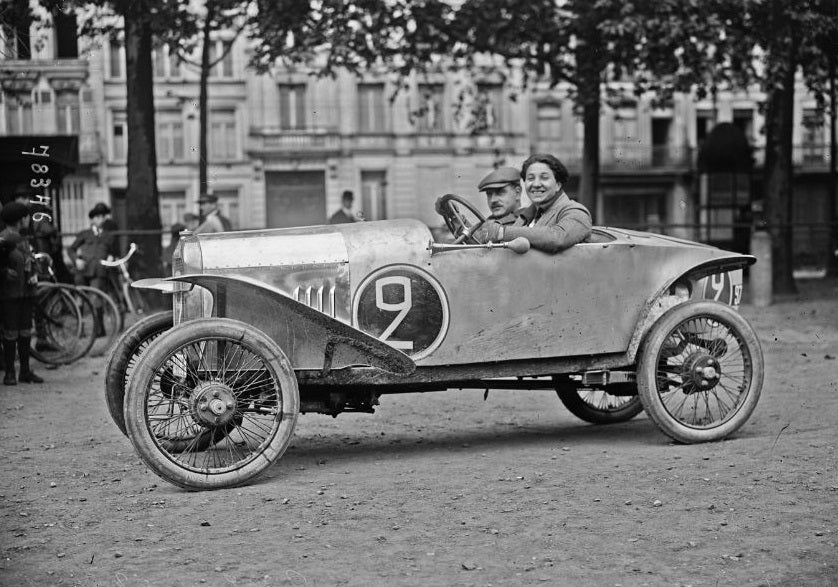 Morris might have avoided detection by the French military in time for them to stop her, but England had had their eyes on her since the late 1930s. She had taken down a group of English drivers who had been rumoured to be part of the resistance. The group was led by Charles William-Grover and former Bugatti Grand Prix driver Robert Benoist. Benoist was the only one to escape and was left to spread the word about the “hyena of the Gestapo” who had chased them down.

Finally, in 1944, Morris hit the end of her road. She had been tasked with taking down the Special Operations Executive, a British-run resistance organisation. Little did she know that her name was on the lips of plenty of higher-ups in London who were launching a commando operation against her. She was killed by the French resistance on a country road during a drive with friends, gunned down behind the wheel of her car. No one claimed her bullet-ridden body, and so Violette Morris, with her 20 national titles, 50 medals, 200 football matches, and three Ballon d’Ors, was buried in a mass grave. 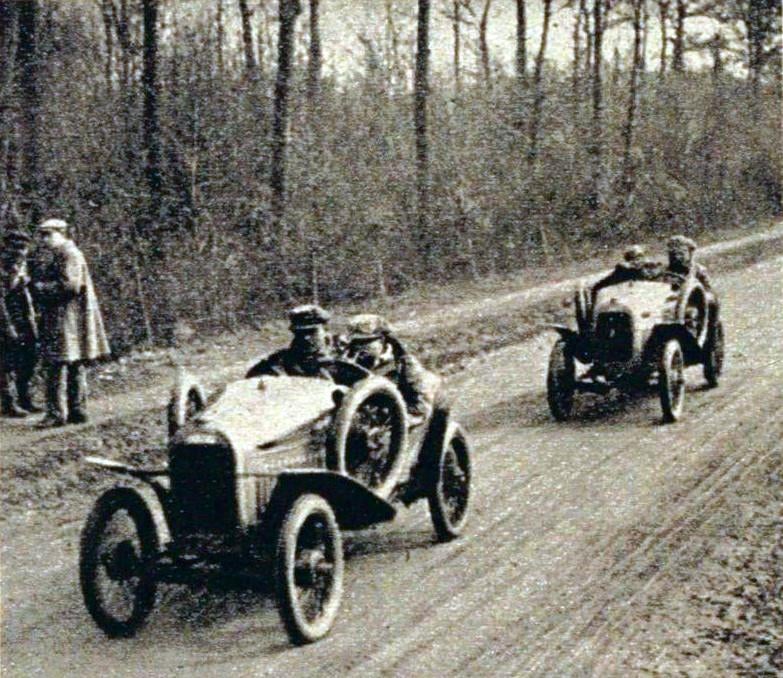 It’s hard to feel sympathy for someone like Morris. I was drawn to her as an unnamed figure in the background of Hellé Nice’s biography, The Bugatti Queen, wondering what woman dared challenge the rigid social mores to remove her breasts so that she could race better. I didn’t stop digging in the archives until I found her, eager to devour her achievements. The rest of her story is fascinating – but more like when you can’t look away from an imminent car crash than as someone you’d want to look up to.

Like Nice, there’s a reason why the motorsport world doesn’t remember Morris. Her achievements have rightfully been darkened in the shade of the wrong side of history. But it’s also important that we don’t ignore the past. Violette Morris was a trailblazer for women’s athletics, but even the most influential people can end up being the ones remembered with distaste instead of pride.