Scientists Want To Use Honey From Beehives To Monitor Pollution 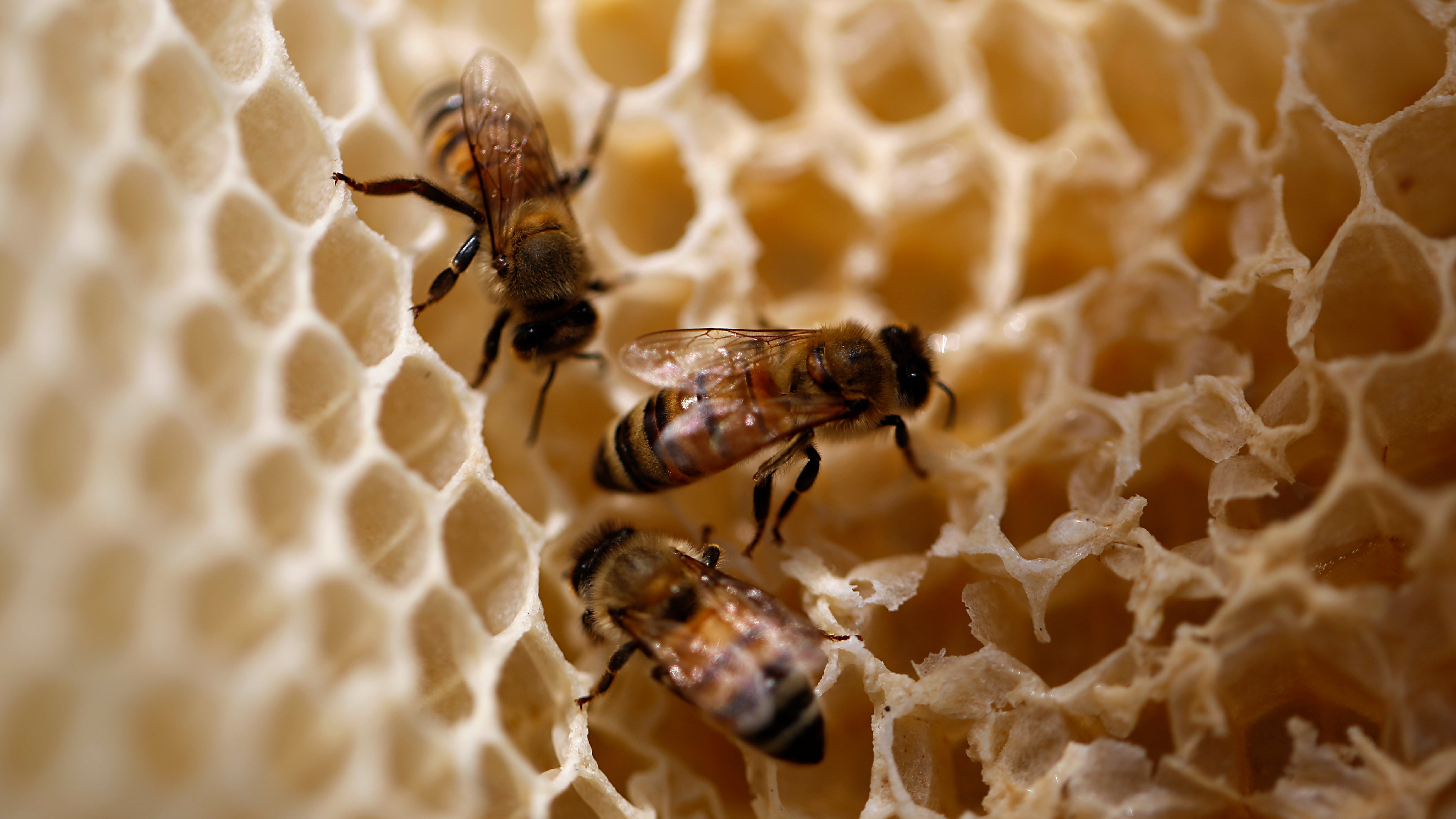 When Kate Smith brings her samples into the lab, she has to wear a special suit. Even a speck of dust brought in on her shoes could contaminate the samples. What makes them so delicate? Well, Smith’s samples are honey — sweet, sweet honey that can tell the story of what chemicals have infiltrated the environment near bees’ hives.

Smith, a Ph.D. candidate at the University of British Columbia’s Pacific Centre for Isotopic and Geochemical Research, published a study in Nature Sustainability Monday showing how honey can be an effective (and affordable!) “biomonitor.”

The paper zooms in on lead and shows how honey can capture subtle variations in the quantity of specific isotopes of the toxic metal, which allows scientists to track down the source.

“What’s cool about bee hives is that the bees are sampling for us,” Smith told Earther.

Because honey bees are constantly interacting with their immediate environment — the air, the water, the soil — to collect nectar and pollen, they bring back to the hive any elements they pick up. This could be through direct consumption of nectar from a flower, or it could be as simple as the bee flying through particles in the air.

“That gives us this beautiful chemical snapshot of the environment immediately around the hive,” Smith said.

For this particular study, lead author Smith and a small team of scientists sampled several grams of honey from more than 20 beehives in six regions near Vancouver, British Columbia, over four years. Some regions, like the city’s downtown, are more industrial than others, and those featured higher concentrations of some of the 16 elements the researchers tested for like lead, aluminium, iron, and zinc. That was expected, but what got the team excited was its ability to trace lead contamination back to its sources.

“What’s cool about bee hives is that the bees are sampling for us.”

“The [isotopic] fingerprint we see in the honey downtown does not match any of the local, naturally occurring lead,” Smith said. “It doesn’t match our local geology. And what that’s telling us is that the sources of metal are likely due to human activity.”

Industrialized areas, like downtown Vancouver, often have more than one source: Traffic, shipping ports, old infrastructure. That makes it trickier to pinpoint a single culprit. In a rural area, however, this technique might be able to definitively point to a single source of pollution, especially since bees typically only forage within a 3km radius.

This study creates four years’ worth of baseline data for Vancouver. Smith would like to see other cities and regions take advantage of this data collection method. The trickiest part is accessing a lab where you won’t risk contaminating the honey samples.

Honey isn’t a catch-all solution to environmental monitoring, but it can be a helpful addition to air pollution monitors or tree ring samples. It can also be a solution for developing nations that may not have access to other monitoring technologies.

After all, beehives are everywhere. Next time you see one, just remember all the answers it holds.