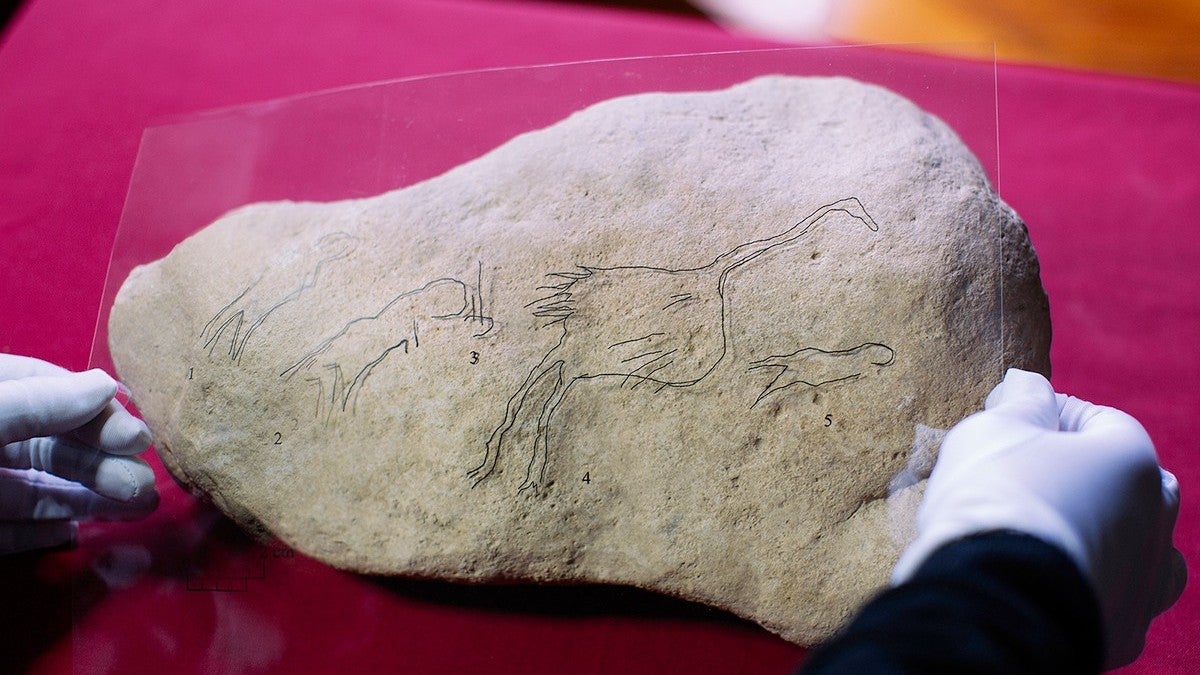 The limestone rock with an overlay showing the scene in detail. (Image: University of Barcelona)

Dating back more than 12,000 years, this extraordinary example of rock art features a scene involving birds and humans — a rarity for the Paleolithic Period on several accounts.

The intriguing artifact has several features that make it exceptional when compared to other Late Upper Paleolithic art pieces. In addition to being portable—a rarity unto itself—the 12,250-year-old rock carvings depict birds, rather than the typical goats, deers, bison, and so on.

What’s more, the rock appears to convey an actual scene, instead of just portraying individual figures, and as such, is now considered one of the earliest examples of narrative art ever found in Europe. Details of this discovery were published this week in the science journal L’Anthropologie. 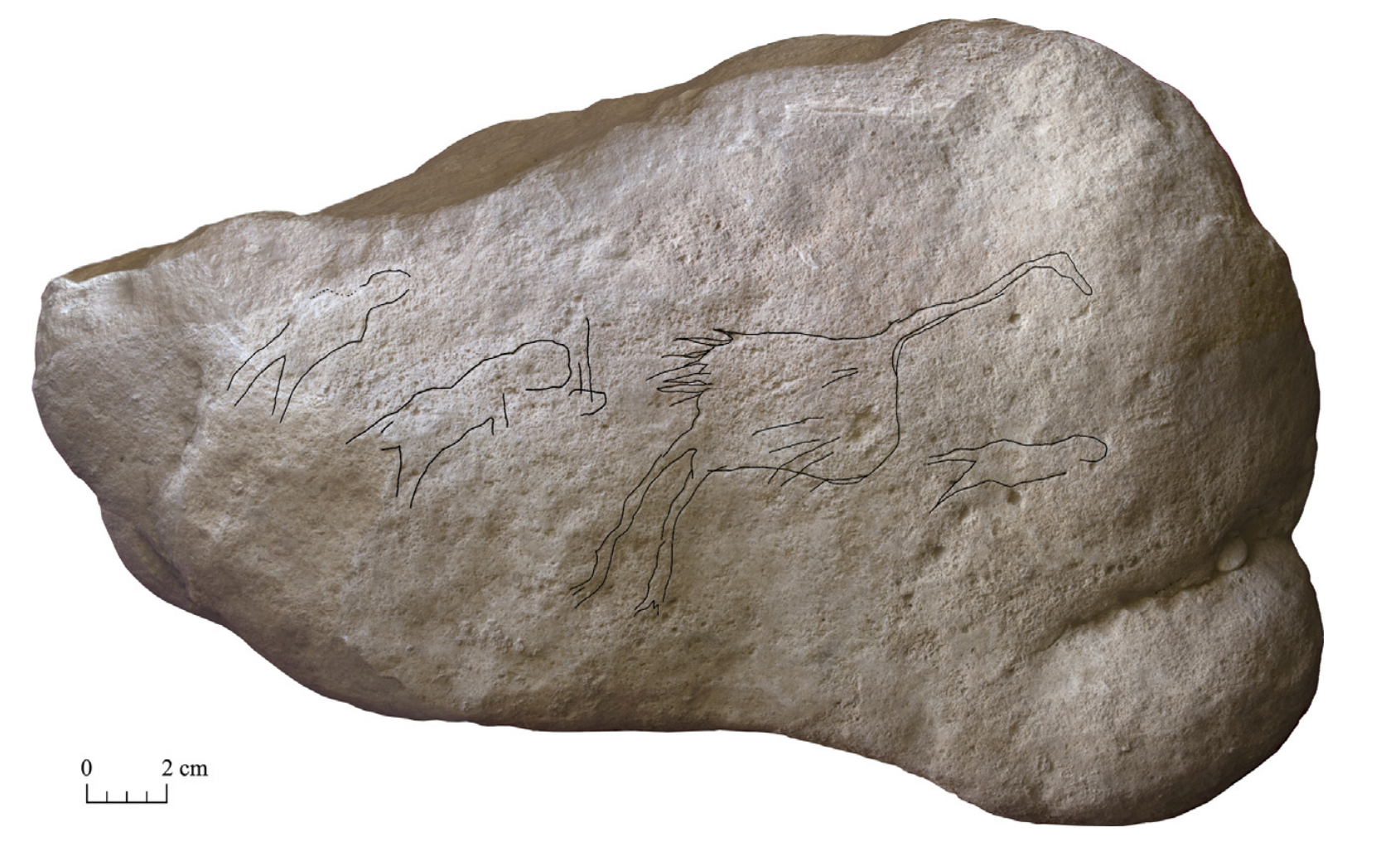 The 30-centimeter-wide limestone art piece was discovered in 2011 at the Hort de la Bequera archaeological site in Spain. Despite 14 years of continuous excavations, this relic was the only art piece of its kind to be discovered at the site. The artist used a flint tool to etch the lines into the soft limestone, according to the new research; it’s a very neat piece of work, lacking messy stroke marks found in similar pieces dating back to the same time period. 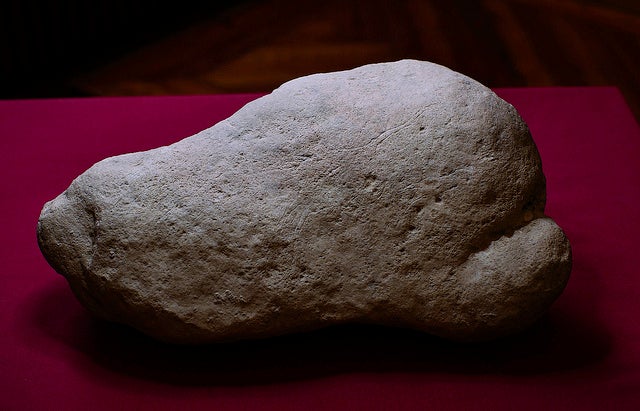 The etching shows five distinct motifs, including two likely human figures, one large bird, and, at far right, what the researchers interpret to be a chick. One of the motifs (seen just to right of the second human-like shape; labelled 3 in the top image here) is strange and undefined. The authors of the new study, led by Inés Domingo from the University of Barcelona, based their conclusions on visual inspections of the piece, and also by comparing the art to previously known representations in other European Paleolithic art.

The large bird is likely a crane, due to biological similarities with the species and other artworks. To date, only two prior depictions of birds have been found dating back to Paleolithic Europe.

To assist with the analysis, the researchers created a 3D digital model of the piece. The exceptionally well-preserved condition of the rock was an added bonus, allowing for a detailed reconstruction of the etchings.

As to the meaning or significance of the scene, the researchers can only speculate — but they think it may have something to do with both hunting and motherhood. Here’s how Domingo described it in a press release:

This is one of the few found scenes so far which suggest the birth of a narrative art in Europe, and this theme is unique, since it combines an image of hunting and a motherhood one: a birth with its young one. In the represented scene the birds catch the attention, they are copied or chased by two human figures.

We do not know the meaning of the scene for prehistoric peoples, but what it says is that not only they [the birds] were regarded as preys but also as a symbol for European Palaeolithic societies.

Indeed, the new discovery suggests birds had “both an economic and symbolic role” in European Paleolithic Societies, the authors wrote in the study — an observation deserving of more research and attention. What’s more, this new research suggests Lower Paleolithic artists were more sophisticated than we realised, capable of creating veritable rock-based storyboards.

The big question now is, what does it actually mean?