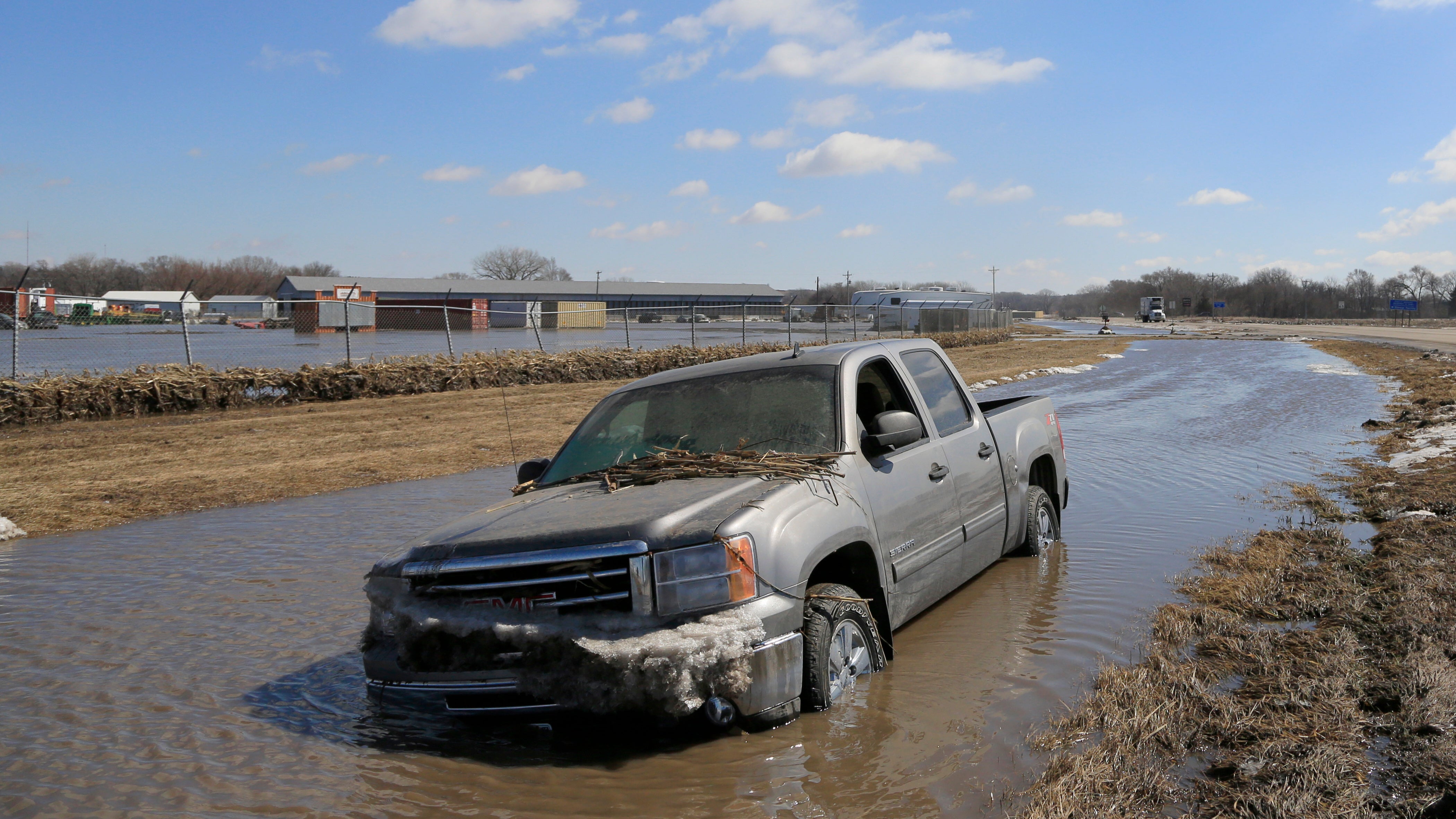 Historic flooding has followed in the wake of the “bomb cyclone” that rammed into the central U.S. this week, with USA Today reporting that Nebraska experienced what may be the worst floods in half a century. Flooding has continued in swathes of Iowa, Missouri, and Nebraska, according to CNN.

A bomb cyclone occurs when—as happened last week when a storm that began to form in the Southwest swept across the Central U.S.—pressure drops dramatically in a short period of time, a phenomenon known as “explosive bombogenesis.”

It’s rare for one to happen in the inland U.S., and this week’s storm resulted in severe weather across a massive stretch of the country.

Nebraska Governor Pete Ricketts characterised the situation on Friday as “historic flooding and extreme weather in nearly every region of the state.” Flood teams throughout Nebraska have been rescuing stranded civilians since Thursday, CNN wrote.

Nebraska has experienced historic flooding and extreme weather in nearly every region of the state. Today, Speaker Scheer of Norfolk and I surveyed some of the flooding.

“This is the largest widespread amount of flooding we’ve had in the last half century,” says Ricketts pic.twitter.com/Oe7mVGeXb4

More photos from @SarpySheriff of flooding in the Hanson Lakes area. pic.twitter.com/j7tD4quem6

CNN added that one man in the state, Columbus farmer James Wilke, received a distress call, headed out on his tractor, and died when a bridge collapsed:

According to CNN affiliate KMTV, a close family friend posted on social media about his last moments.

“It is no surprise to anyone that knew James that when he got the phone call to assist emergency responders … his answers would be yes,” Jodi L. Hefti wrote on Facebook.

“With the guidance of emergency responders, James drove his tractor over the Shell Creek bridge on the Monestary Road and the bridge gave out. James and the tractor went down into the flood water below.”

We repeat: It is still dangerous to enter any flood waters, and roads continue to be closed across the state. DO NOT TRAVEL unless necessary, and NEVER drive through flood waters. https://t.co/mb3o8DzspU

Some 15 members of a Platte Valley rescue team, which was assisting residents around King Lake, were stranded until Nebraska National Guard troops rescued them with a Black Hawk helicopter. At least four Nebraska state highways were washed out or damaged, USA Today wrote.

Altogether, the paper reported, disaster declarations had been in effect in 41 cities and 53 of Nebraska’s 93 counties. Two additional people are missing and around 900 had to take refuge in temporary shelters.

While flood warnings and advisories remained in effect on Saturday in “parts of the
eastern Nebraska, Iowa, and southern Wisconsin,” according to the National Weather Service’s Weather Prediction Center, much of the worst is over except along areas adjacent to the Missouri and Mississippi Rivers and their tributaries.

“Numerous locations” in those regions will “continue to have major to historic flooding for at least into early next week thanks to heavy rainfall earlier this week falling on frozen ground and a deep snow pack that lead to intense and quick melting,” the center wrote.