Tom McKay on Earther, shared by Tom McKay to Gizmodo 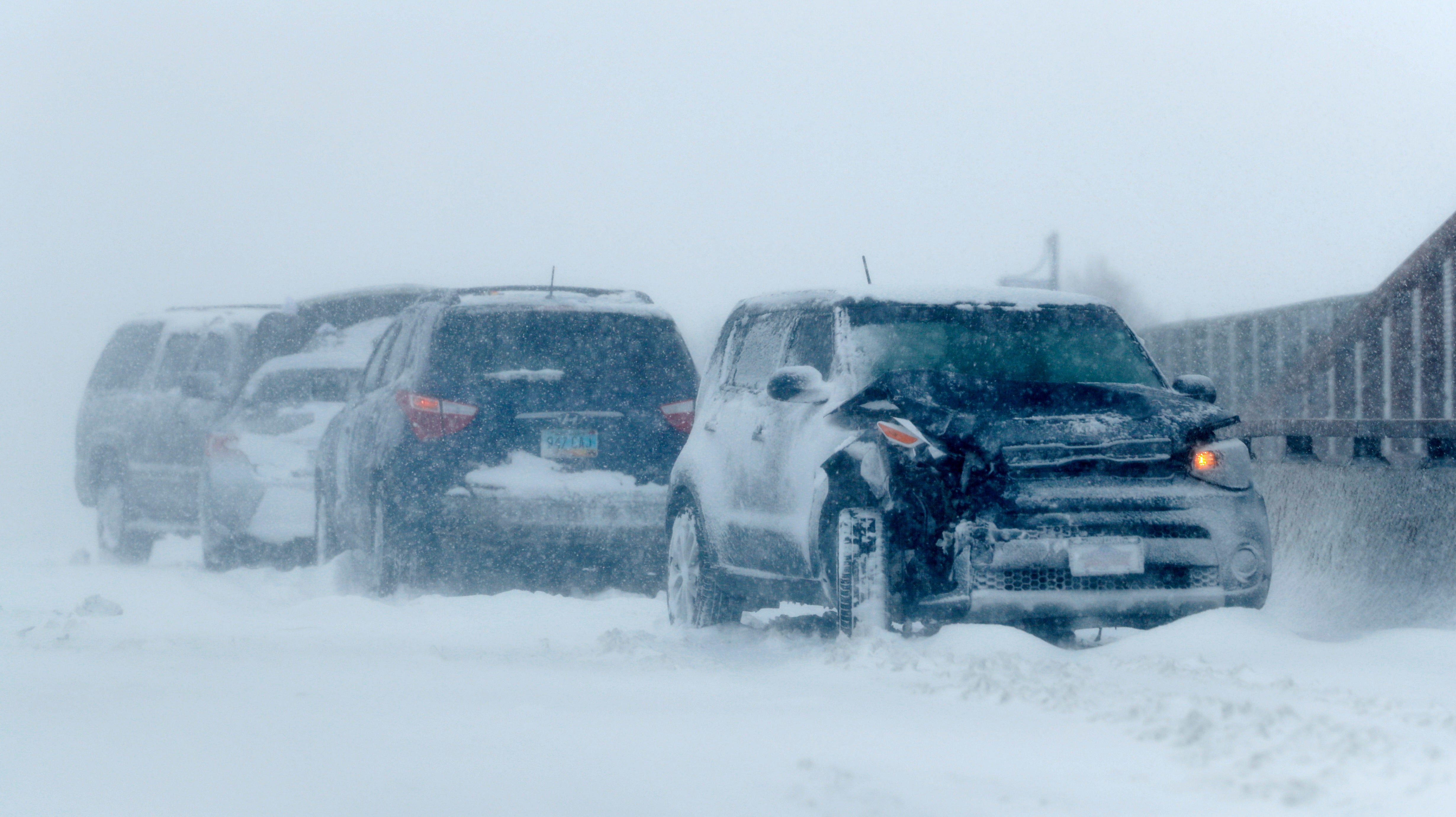 The massive, dangerous bomb cyclone that barreled into the central United States this week hit as hard as its name would imply on Wednesday, CNN reported, with law enforcement officials in some areas forced to take shelter instead of assisting motorists involved in collisions.

This particular storm began far west, where moisture from the Pacific headed into the Southwest. As it pushed into the Central U.S., it grew in strength and its pressure dropped dramatically — a phenomenon known as “explosive bombogenesis,” hence the term “bomb cyclone” — as it cycled moist, warm air from the Gulf of Mexico into contact with freezing air from the Upper Midwest and Canada. This particular phenomenon normally does not happen inland, and is more common on the East Coast.

Per CNN, an estimated 1,100 motorists were stranded throughout Colorado, with Wellington Fire Protection reporting a single incident in which 100 vehicles were involved in a pileup on Interstate 25. On the streets of Denver, some 125 accidents were reported. A Colorado State Patrol corporal was struck by a vehicle in Weld County while assisting another motorist who had driven off Interstate 76, losing his life.

Snowfall in parts of Colorado closed in on 51cm as of 10:45 p.m. local time, according to ABC 7, though totals were wildly variable across the state.

While Colorado is one of the hardest-hit areas, the winter storm is huge and has caused hurricane-force winds over a massive area, with a train actually derailing in the northeastern New Mexico town of Logan, CNN wrote:

The storm is bringing hurricane winds to the Rockies and as far away as Amarillo, Texas. Winds gusts equivalent to Category 1 and 2 hurricane winds were reported at the Denver International Airport and in Colorado Springs, the National Weather Service.

In New Mexico, heavy winds contributed to the derailment of a 26-car train near the village of Logan, according to a tweet from state police. No injuries were reported.

125.5km/h winds were reported as far south as Dallas, the Washington Post wrote, where an Amazon warehouse near Dallas-Fort Worth International Airport had its roof shorn off. A record-setting 129km/h gust was reported at Denver International Airport, which was shut down for the vast majority of air traffic.

#Blizzard in Denver: 80 MPH gust is strongest on #record at @DENAirport
where 73% of flights (>1300) have been cancelled. We're live on the #weatherchannel #Ulmer pic.twitter.com/bg3Fa4rBVh

The weather is finally settling down in New Mexico, KQRE reported, though gusting winds were the biggest problem on Wednesday. Los Alamos Police Commander Preston Bellew told the station that “I know guys who have lived and worked here their whole lives and they have not seen the powerful winds, snow drifts, and the snow all in such a short period of time.”

Heavy snow was reported in “northern Colorado, including Denver, western Nebraska, eastern Wyoming, central South Dakota, and southeastern North Dakota,” according to Accuweather. Blizzard conditions remained a danger in the northeastern part of Colorado as of late Wednesday night.

There is a considerable risk of flooding as precipitation continues and snow melts in the Midwest and Great Plains regions. There is also a risk of avalanches in mountainous regions that received heavy snowfall.

The South is not being spared, either. The Storm Prediction Center wrote that parts of the Mississippi River Valley, including eastern Arkansas, southwest Tennessee, and the northwest corner of Mississippi would be considered at “enhanced risk” for severe weather as the storm moves east, the Post noted.

The paper added that reports indicate severe thunderstorms may still occur on a cold front stretching from Mississippi and Alabama to Southern Michigan on Thursday. According to CNN, the storm “is forecast to rapidly intensify overnight east of the Colorado Rockies” and bring extreme weather to the Midwest on Thursday.

By late on Thursday, however, the storm is expected to weaken considerably on its route towards northeastern Canada (where it will end up on Friday). States in the East should expect some rain.