Paul's gonna have his work cut out for him. (Image: Warner Bros.)

Game Of Thrones Has A Safe Word 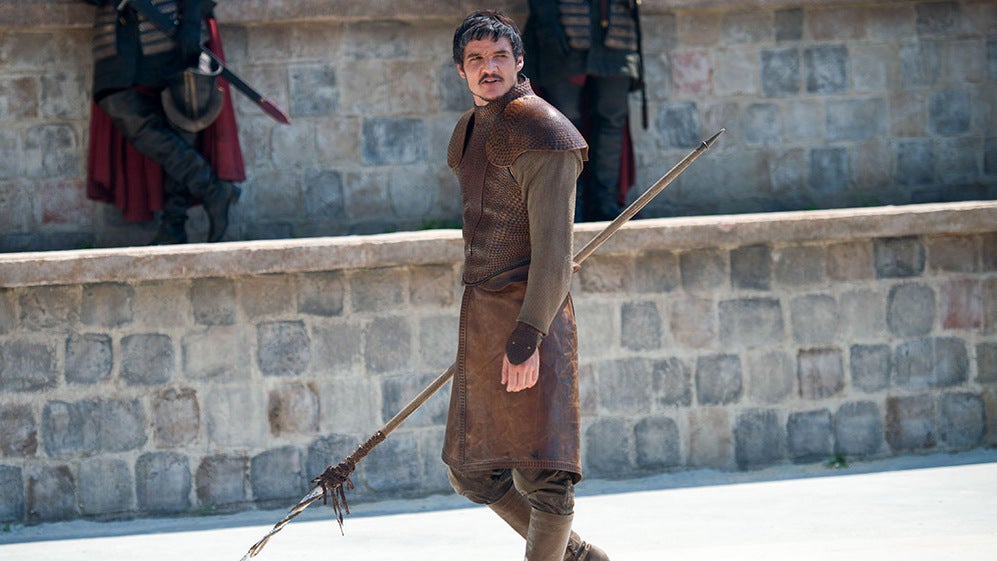 “You know, I could use that safe word now, but really: What’s the worst that could happen?” (Photo: HBO)

In the heat of battle — or, rather, a fake one — even the most hardcore fighters have to make sure they stay out of real harm’s way. That’s why Game of Thrones’ stunt team has utilised a powerful, but also kind of adorable, safe word. One that might sound completely foreign to the people of Westeros.

In an interview with Entertainment Weekly, stunt head Rowley Irlam talked about coordinating some of Game of Thrones’ biggest and baddest fight scenes.

This includes orchestrating the legendary Battle of the Bastards, as well as choreographing Iain Glen taking on a crowd of seasoned fighters during Jorah Mormont’s time in the Meereen fighting pits. Apparently, Glen gets very physically into his role, and stuntpeople call the bruises he’s given them a “Jorah badge of honour”.

But sometimes the buck has to stop before you lose a tooth or break a bone. Irlam, who joined the series in season five, said he and his team have employed a safe word that can be employed during the heat of any battle.

Apparently, Kit Harington (Jon Snow) prefers not to use it, as mentioned in a previous interview, but it’s also used for others in the major fight or battle sequences. It’s a word you’d never otherwise hear in Game of Thrones.

“When we’re doing these battles and people are screaming and crying and dying, you might not know if anyone’s in trouble,” Irlam said. “So our safe word was always ‘banana’. If someone started shouting ‘Banana!’ at the top of their voice, you’d know they’re in trouble.”

But bananas are more connected to Game of Thrones than you might think. They aren’t exactly a thing in the show, but they’ve played a part off-camera.

In 2017, Nell Tiger Free, who played Myrcella Baratheon, shared how her character’s poisoning death at the end of season four was originally going to be a lot ickier than the nosebleed thing the series ended up going with. It involved explosive brains… made out of bananas.

“They gave me those mashed up bananas with like blood fake blood, and my brains were supposed to be all over the ship and stuff,” Free said in 2017. “I was so excited. I don’t like gore but, like, I knew they were just bananas.”

Upon reflection, it seems kind of interesting that something deemed too gross and over-the-line for Game of Thrones ended up being the word used to keep things from going too far. It’s almost poetic. For a banana.