An 80-year-old woman from the United Kingdom is the first patient to undergo gene therapy to treat age-related macular degeneration — the most common cause of sight loss in the world.

It’s too early to tell if the procedure worked, reports the BBC, but for the millions of people around the world at risk of developing age-related macular degeneration, or AMD, the experimental intervention marked an important medical milestone nonetheless.

The patient, Janet Osborne of Oxford, has the condition in both eyes, but her left eye is more badly affected. The procedure to treat her AMD was performed by University of Oxford ophthalmologist Robert MacLaren at John Radcliffe Hospital in Oxford, according to a press release from the university.

Osborne struggles with everyday activities such as sewing, reading, and recognising faces due to poor vision caused by her condition, according to the university. She has the dry type of AMD, also known as atrophic AMD, which is more common and more difficult to treat than the wet form, or neovascular, AMD. In the dry form, cells in the macula — the part of the retina responsible for central vision and fine focusing — gradually die and don’t get replenished. This causes visual deterioration in the form of haze, gaps, or smudges when a person looks directly at an object, while peripheral vision remains unaffected.

As BBC reports, Osborne is the first of 10 patients to be treated as part of the FOCUS clinical trial, an effort to treat AMD through the use of gene therapy. The trial is being supported by NIHR Oxford Biomedical Research Centre and sponsored by Gyroscope Therapeutics, a UK firm that’s developing gene therapies for various eye diseases.

“I wasn’t thinking of me. I was thinking of other people,” Osborne was quoted as saying after her surgery in the Oxford press release. “For me, I hope my sight doesn’t get any worse. That would be fantastic. It means I wouldn’t be such a nuisance to my family.”

For the surgery, Osborne was administered a local anesthetic. Doctors detached the retina of her left eye and injected a solution with a synthetic virus underneath (Osborne’s right eye was not treated, as this was an experimental procedure). The virus contained a modified DNA sequence, called the retinal pigment epithelium (RPE), which is intended to repair the genetic defect responsible for AMD, a known hereditary condition. A virus was used to deliver the DNA sequence, which it does by infecting retinal cells.

Once the virus is at work inside a retinal cell, it releases the synthetic DNA and “the cell starts making a protein that we think can modify the disease, correcting the imbalance of the inflammation caused by the complement system,” said MacLaren in the press release. The complement system is a system of proteins that fights bacteria, but in macular degeneration, this part of the immune system becomes overactive and wrongly attacks retinal cells. The point of the new gene therapy is to shut down the complement system, “but at a very specific point at the back of the eye, so the patient would otherwise be unaffected by it, and we hope that in future it will slow down the progression of macular degeneration,” said MacLaren.

As noted, it’s still too early to tell if the gene therapy halted the deterioration in Osborne’s left eye. She will be monitored carefully over the coming weeks and months. The good news is that this gene therapy only needs to be performed once. Importantly, however, this intervention is not a restorative therapy — it’s designed to halt, not reverse, the degeneration caused by AMD. Ideally, this new therapy, assuming it works, would be used on patients during the early stages of AMD, before too much retinal damage sets in. 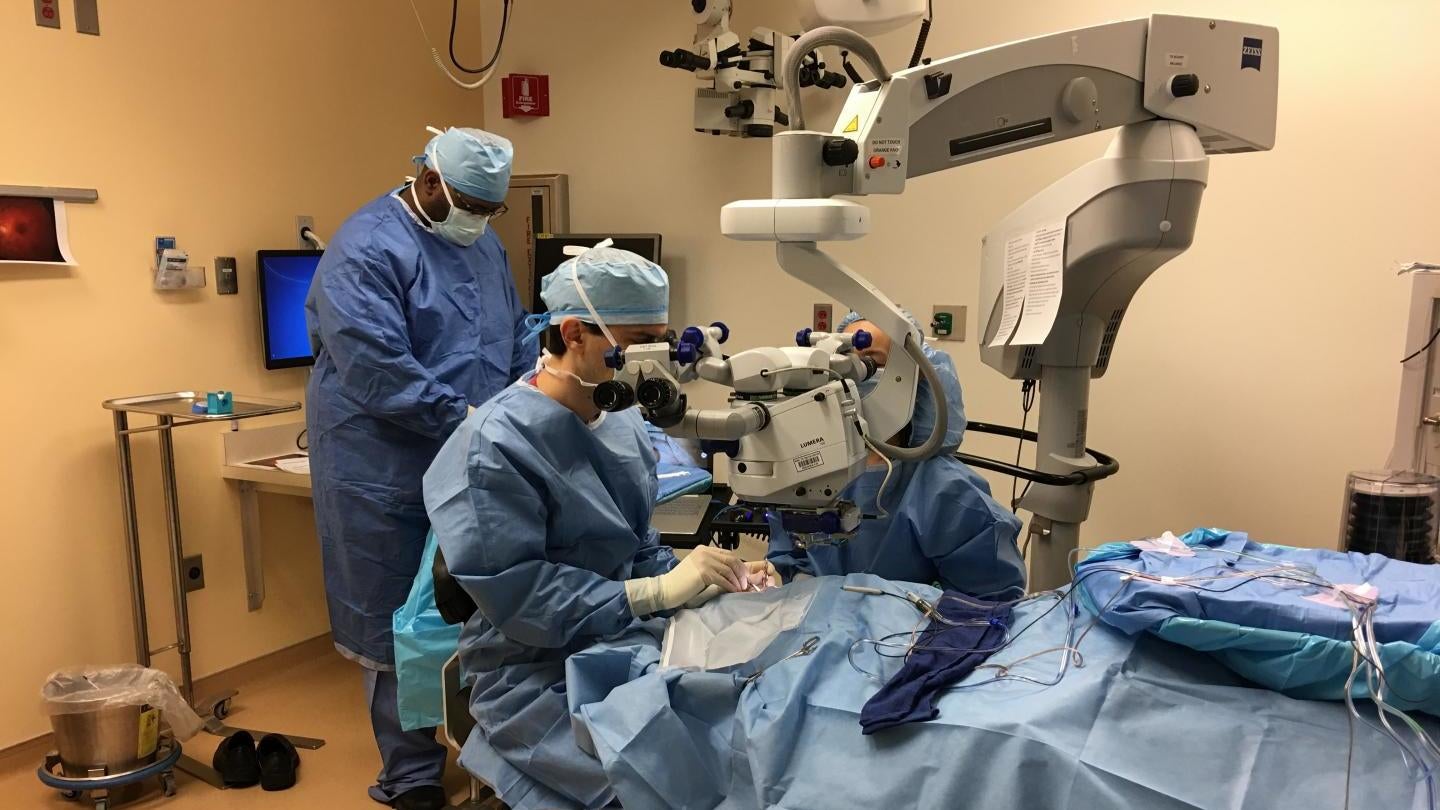 On Tuesday, a 13-year-old boy from New Jersey was at the center of medical history as he became the first person in the US to receive an FDA-approved gene therapy for an inherited disease. The event marks the beginning of a new era of medicine, one in which devastating genetic conditions that we are born with can be simply edited out of our DNA with the help of modern biomedical technologies.