Who Doesn’t Want Trees? Lots Of Detroit Residents, And They Have A Good Reason 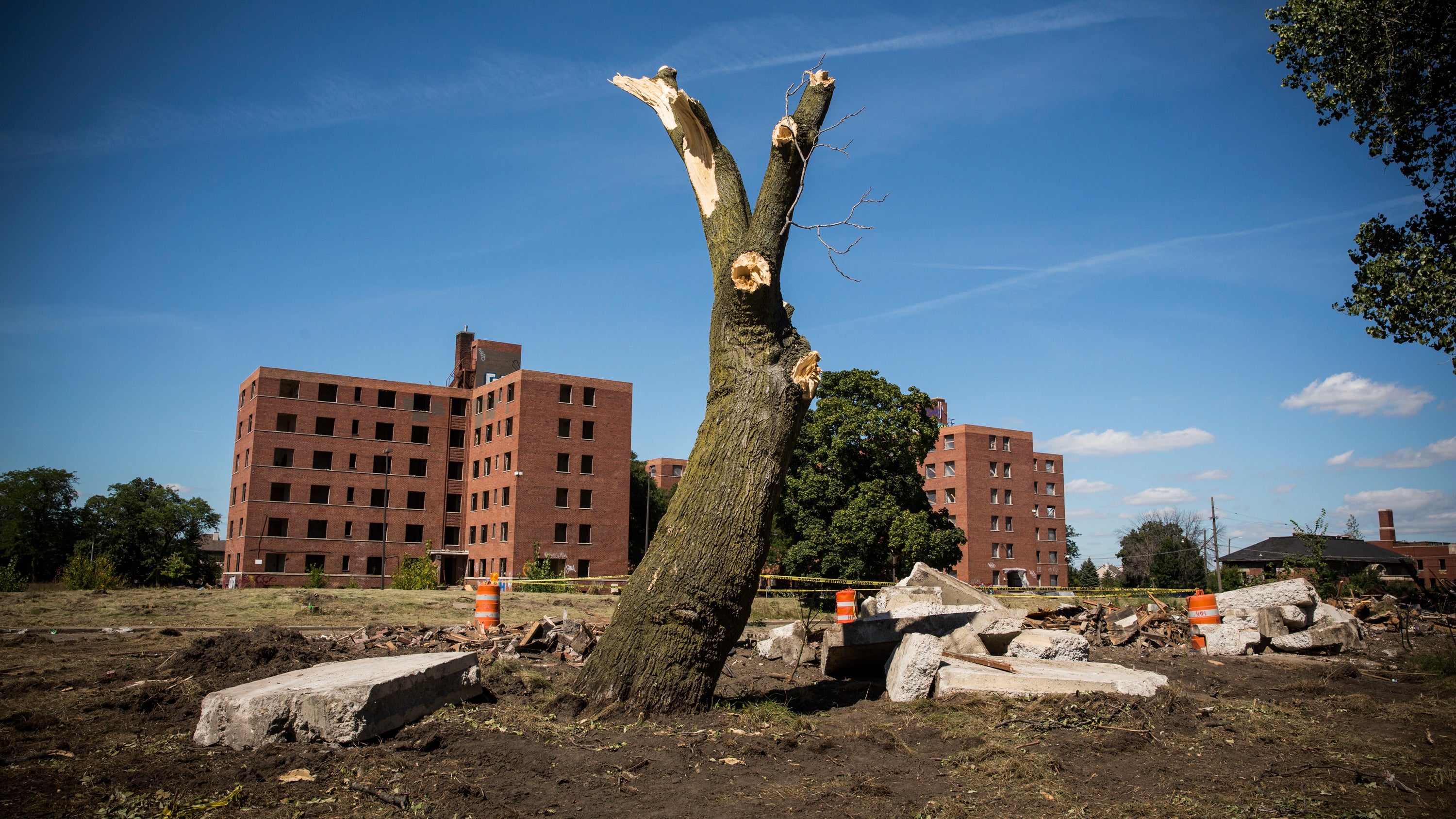 Detroit was once known as the City of Trees: By the end of the 19th century, some 250,000 trees dotted its streets.

These days, however, the Michigan city is home to tens of thousands of dead or hazardous trees. As a result, many residents don’t want new ones planted on their property.

A study published Monday in Society and Natural Resources takes a close look at the phenomenon of urban tree rejection within this predominantly black city. It found that a quarter of Detroit’s 7,425 residents who were eligible to receive a free tree near their home between 2011 and 2014 from a local nonprofit didn’t want it. And they’re not the only ones: Residents of New York City and Baltimore have resisted tree planting initiatives, too.

So what gives? Doesn’t everyone love trees? Well, it’s complicated.

This recent study involved interviews with more than 150 people, mostly women of colour (which makes sense since most of the city is black). The study focuses on five neighbourhoods: three with less resistance than average to new trees, one with more resistance, and another with an average interest in trees. Many people — even those who did receive a tree from nonprofit Greening of Detroit — shared the same concerns around tree maintenance, given Detroit’s notorious track record when it comes to taking care of dead or fallen trees.

It’s not that people dislike trees. It’s that people don’t want to become burdened by them. In the past, Detroit residents have had to maintain trees on their own or spend countless hours trying to get someone else to, despite them being on city property.

Greening of Detroit, established in 1989, plants tree throughout the city. While the staff generally decides where and what type of trees to plant, residents are able to request and reject trees. The organisation even commits to maintaining trees three years after planting. Sounds great, but because many residents were not aware of the maintenance commitment—not to mention who takes care of the trees longer term—they were not interested.

“What this study shows is why meaningful involvement is so important to making sure these tree-planting efforts are environmentally just,” said co-author Christine Carmichael, a postdoctoral researcher at the University of Vermont’s Gund Institute for the Environment. “And realising that trees are living things. In urban environments, they do need care to live in some harmony with people.”

Unfortunately, the city has a sad history surrounding trees. Once lush and green, Detroit saw about half a million of its trees die by 1980 as a result of neglect, urban expansion, and Dutch elm, a fatal fungal disease. Not long after, the city’s population began to decline (unrelated to the trees), a trend which continues today.

The study attributes these factors, along with city disinvestment in forestry, in the ongoing struggle the city has with trees.

Nonprofits like Greening of Detroit have attempted to fill this void, apparently, ineffectively. As the study notes, city residents didn’t feel like they were valued in this re-greening program. Involvement, both in the types of trees planted and what happens to the trees after they are planted, was important for many interviewed in the study.

But for trees to help alleviate these burdens, communities have to want them first.

“For me knowing all of that, this was an extremely important problem to understand so that these areas could benefit, hopefully, from investments in greening that were going on in their neighbourhoods,” Carmichael told Earther. “And if [low-income and communities of colour are] have a conflict with it, you need to understand that.”

The solution is easy, per the study: Involve communities. They know their neighbourhoods. By giving them a seat at the table—that isn’t just for show—nonprofits can help. And isn’t that the point, anyway?