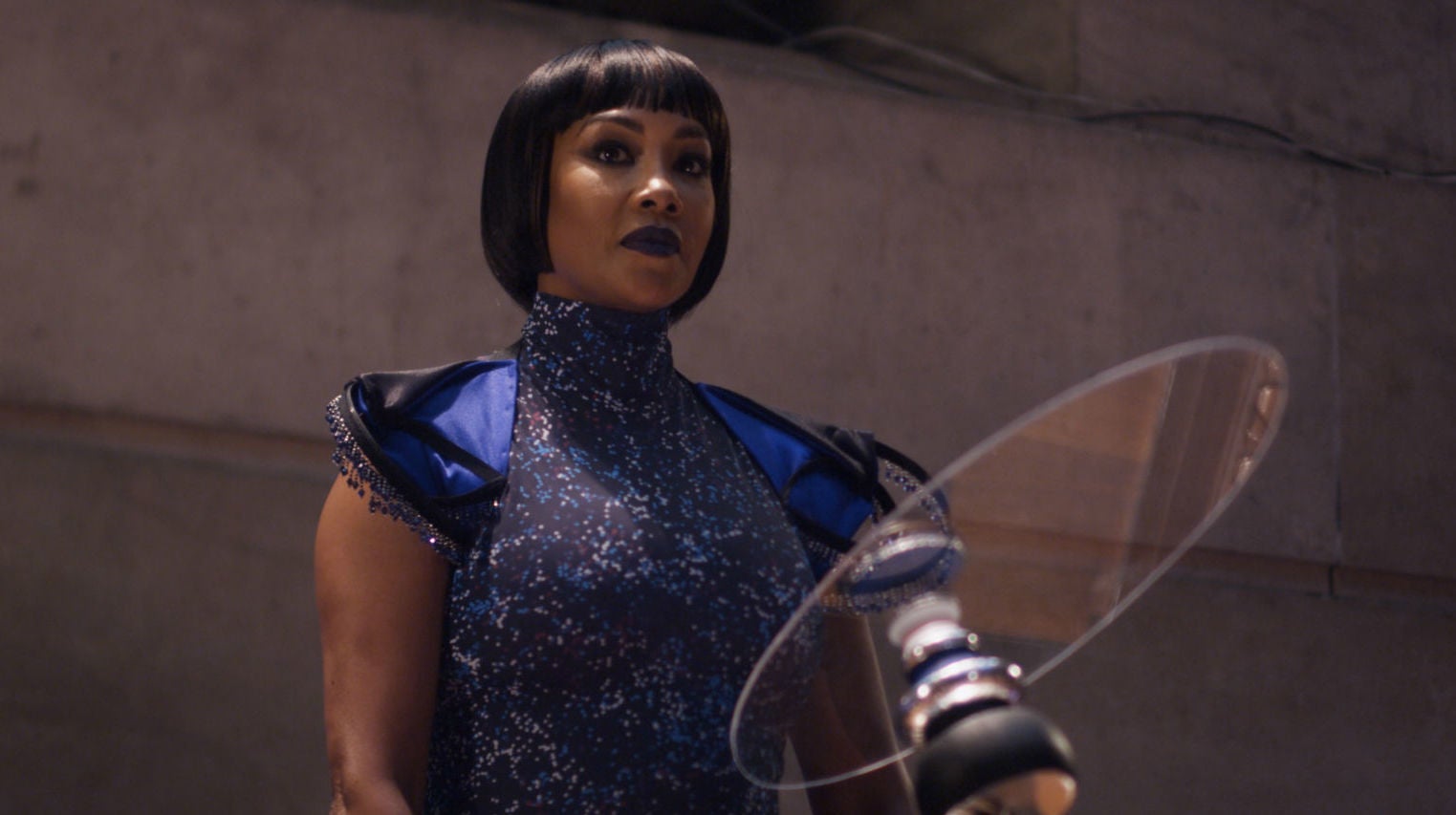 Vivica A. Fox is the POTUS in the new sci-fi film <em>Crossbreed.</em> (Photo: Uncork’d Entertainment)

The film, which comes to VOD in February, stars Vivica A. Fox as the President of the United States. If the description stopped there, that would be enough. But no. She’s the leader of a country threatened by an alien bio-weapon created in space and, well, you can’t look away from the rest.

Yes, that’s a Baldwin. Daniel Baldwin, in fact. And no, we have no idea what the hell is going on in that trailer. There’s the alien referenced by the title, but then that alien is being used as a bargaining chip for people who want to use weapons of mass destruction. But, if this is the future with huge spaceship battles and the ability to make crossbred alien species in space, couldn’t something be scarier than that? And if a character mentions World War IV, what was World War III? And why does the alien look like Groot? The questions just keep on coming.

Hypothetically, you can get the answers to them when Crossbreed hits VOD. If you’re like us, though, that trailer didn’t inspire much outside of a few chuckles.