The Newest Promo For The Good Place Is Just Janet’s Endless, Soothing Void 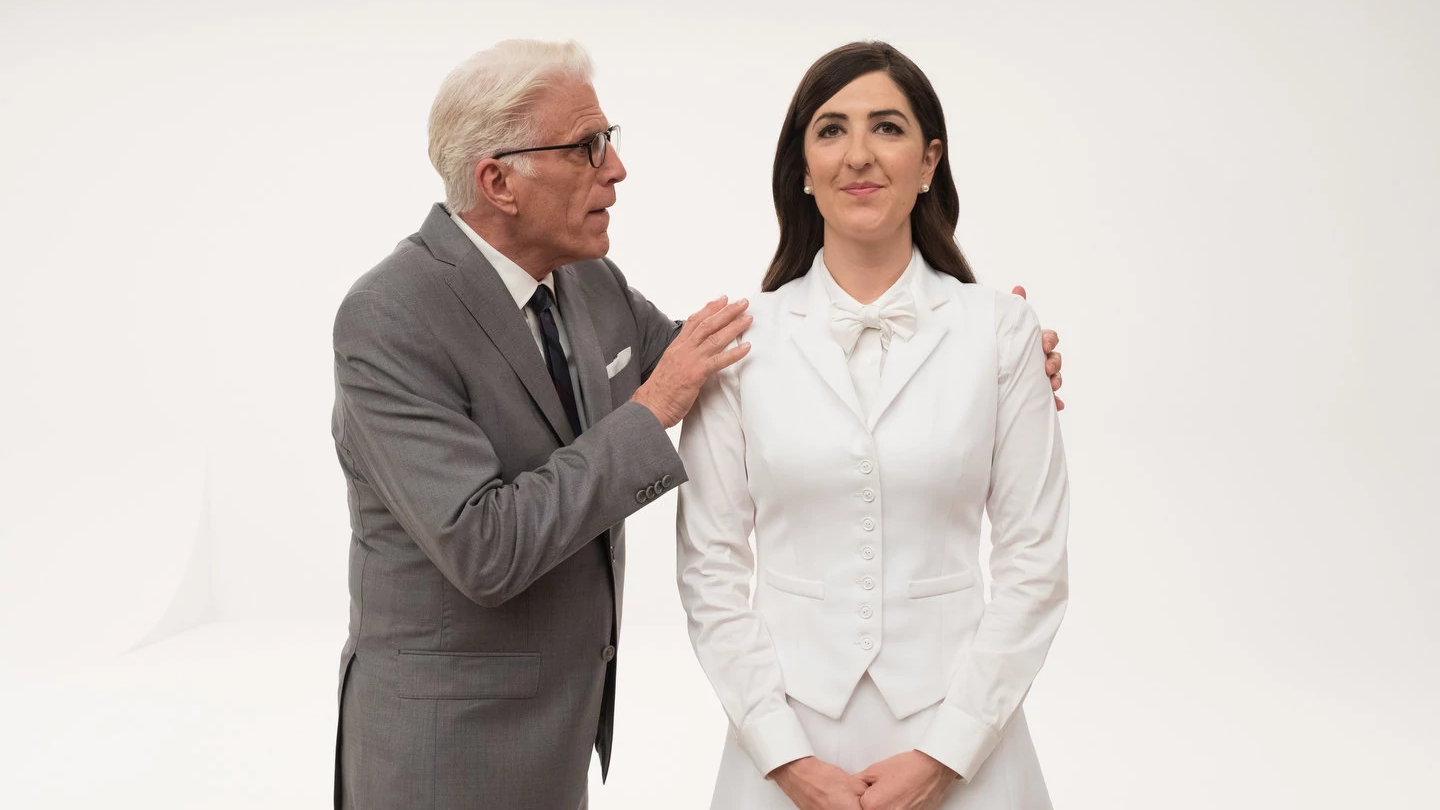 Michael and Janet from The Good Place. (Image: NBC)

Sometimes, when you look into the void, the void doesn’t look back. It just smiles, and reminds you that it’s not a robot.

Welcome to Janet’s Void, where nothing happens, it’s always the right temperature, and the ambiance is vaguely pleasant. The Good Place is a wacky, unpredictable show, and so it make sense that NBC’s advertising efforts for it would be similarly odd.

And this definitely fits the bill: yesterday, for five hours, the YouTube channel for The Good Place livestreamed D’Arcy Carden as Janet, in her Void, the metaphysical space within which she stores all of her knowledge and abilities and, when she’s not in use, herself as well.

It was weird, and kind of captivating. The low, ambient hum. Carden’s warm smile. Her occasionally poofing away to do a task only to return, as cheerful as ever. I can only describe it as a surreal, existentialist Yule Log. I’m going to be honest with you all: I watched this for a while yesterday. It was nice.

You can watch the archived stream above. The Good Place returns to continue its third season on Thursday, January 10th.