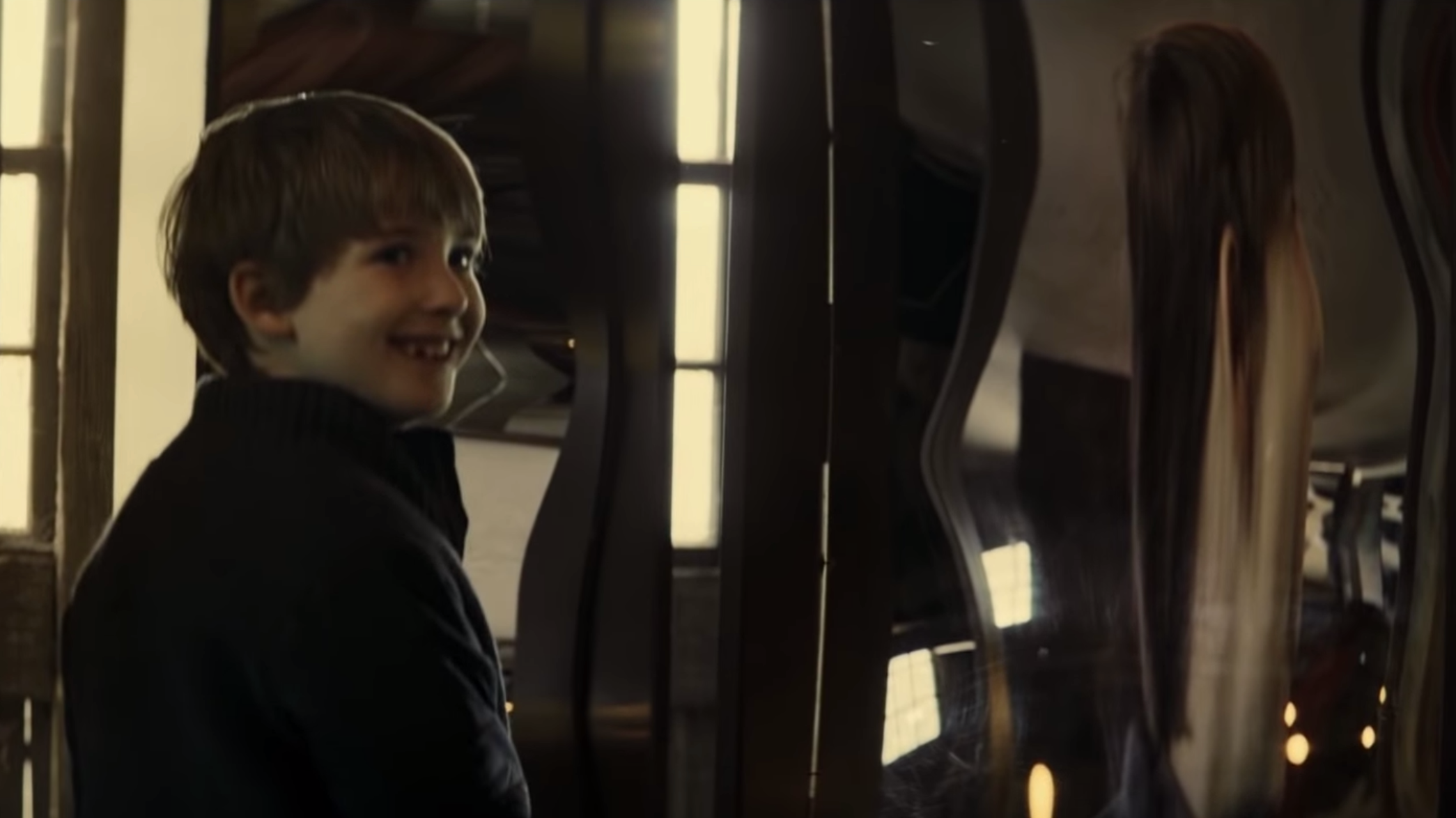 That mirror is trying to tell us something. (Image: A24)

Horror fans know that for every really great spooky-kid character (The Shining twins, Damien from The Omen) there are dozens who just aren’t that memorable. But judging by its trailer, The Hole in the Ground is about to haunt plenty of nightmares with its genuinely eerie pint-sized antagonist.

The premise is pretty simple and even familiar—but the execution is dark, suspenseful, and full of “WTF did I just see?” moments, otherwise known as exactly the kind of atmospherics we’d expect from a film that’s being distributed by A24, which also brought us Hereditary and The Witch, among others.

A single mum and her young son move to the country to try and make a fresh start, not realising there’s something very sinister in the woods out back. Once the boy discovers the yawning pit that has no reason to be there, he starts acting very strange…almost like he’s been replaced by a doppelgänger prone to eating bugs, displays of super strength, and freaking out the neighbours.

Looks like just the flick to double-feature with The Babadook, no?

The Hole in the Ground stars Seána Kerslake, James Quinn Markey (Vikings), and James Cosmo (Game of Thrones) and is the feature debut of Irish filmmaker Lee Cronin. It just made had its well-received world premiere at the current Sundance Film Festival, and should be hitting theatres soon, though a date isn’t yet set.

There are some huge 40th anniversaries coming up this year for horror fans; as you’ll see (and probably already realised), 1979 was a mighty big year for the genre. But that’s not all. As long as you’re planning one party, might as well recognise these other spooky classics that are marking milestones in 2019.